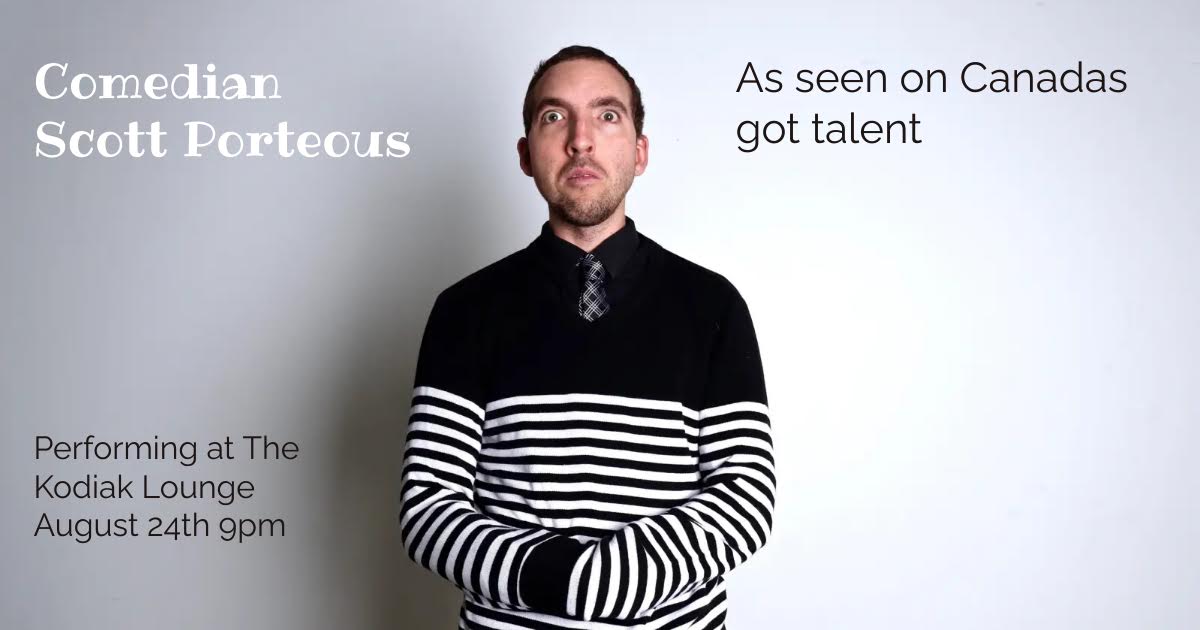 Scott has been doing comedy for almost 20 years. Only 38 years old and he’s already Canada’s youngest comedy veteran. Scott’s performed all over North America. He’s toured countless times. Some of Scott’s credits include The Winnipeg Comedy Festival, San Luis Obispo Comedy Festival, World Series of Comedy, CBC, and Reader’s Digest. Scott has unique style of storytelling while delivering rapid fire jokes and one liners. He has the ability to be clean, dark, and perverse combined with subtly and finesse. The only thing he wants from comedy is to eventually not have to drive Herbert around.

Tickets available for purchase on Eventbrite.