Comedy Evening at the Kodiak Lounge 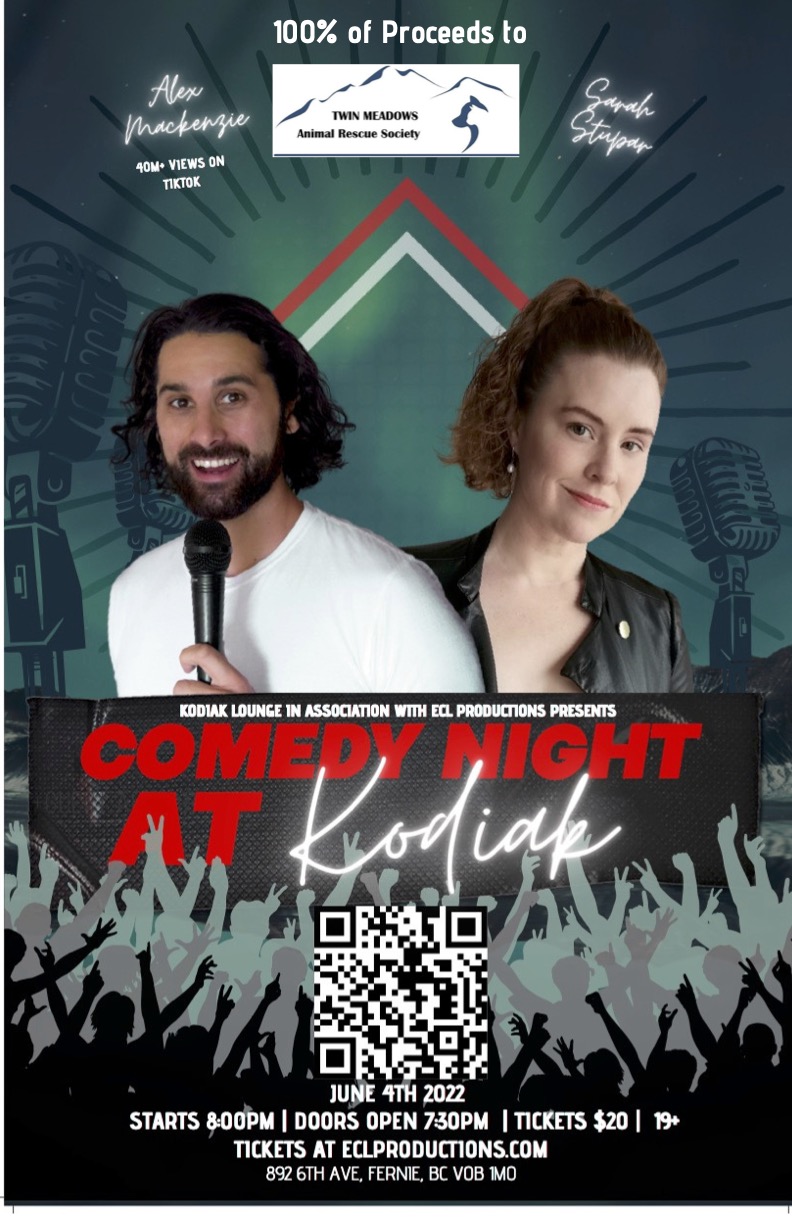 Let's get this party started!

Come join the Kodiak Lounge as they put on the most gut-bustin' comedy show at the Kodiak Lounge. These International Headliner Comedians have been known to get the crowd going in a laughing riot with good vibes and all the hype!

Get them before they are all gone!

Here is the lineup:

Alex Mackenzie lives in BC, but he could live anywhere! In the year 1 BC (before COVID), Mackenzie quit his six-figure job and sold his house to move into an RV and chase his stand-up dreams! Now, he is in international demand - Mackenzie tours around the world (Melbourne Comedy Festival, Adelaide Fringe Festival, Perth Fringe Festival, the Hungry for Laughs Comedy Tour and more)! His charisma and clever joke writing has gained him rapid popularity online that is increasing daily with his videos reaching over 40 million views online! He often gets recognized in public and is asked to move his RV.

Sarah Stupar was born in Cranbrook BC, but left as soon as she could for the bright lights of the city, where she promptly learned what a redneck she truly was. She began stand-up in Montreal in 2012 and continued after relocating to Vancouver in 2015, where she worked in the film industry (catch her in the background of literally dozens of Hallmark films) and hosted "Crowville Cabaret" (a monthly variety show).

She returned to her home town of Cranbrook in 2019 where she produced the Kootenay Comedy Festival. She has performed all around the Rockies including Kimberley, Fernie, Golden and Banff.

In February 2022 she relocated to the city where she felt that she could truly let her redneck flag fly - Calgary! She currently performs every Tuesday at The Comedy Cave in Calgary and hosts a monthly show called 'Make Me Laugh' at the Social Beer Haus.

Tickets may not be available at the door.   Get your tickets online here!

Adult content and subject matter. This is a 19+ event.