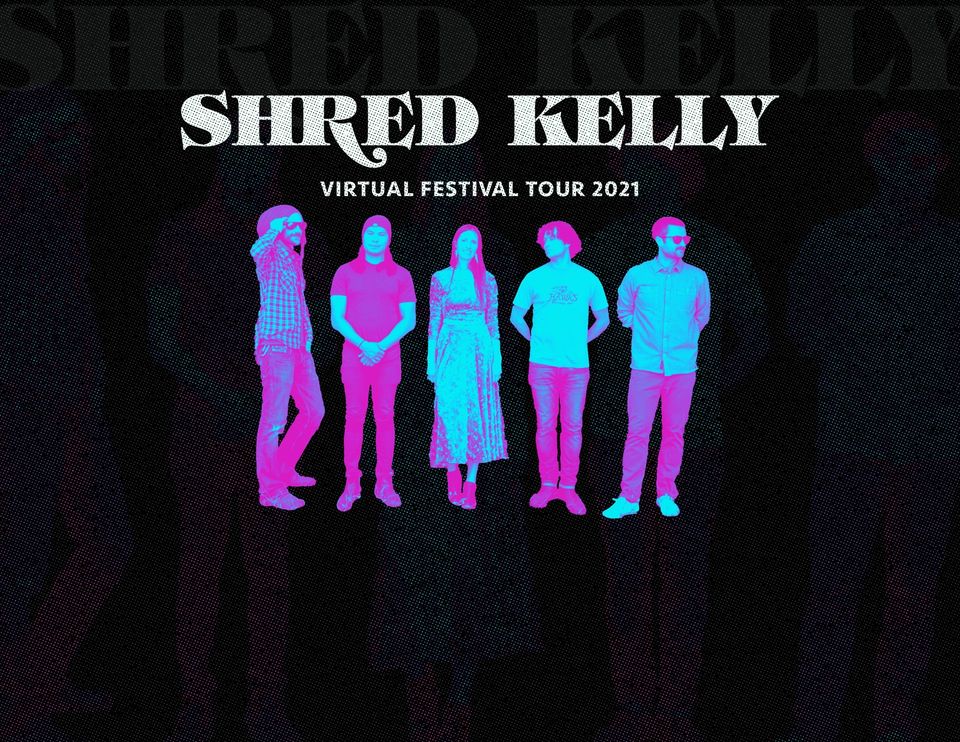 Shred Kelly will be keeping you company again every Saturday night in February on a Virtual Festival Tour! Each show will include a 40 minute full band set, an episode of 'Festival Season' (a comedy series currently being curated for the tour), and a campfire song featuring unplugged songs from iconic performers who have graced some of the stages of the music festivals they'll be performing at!

Tune in for one night, or get a festival pass for all 4! Suggested ticket price is $8 per show or $20 for a 4-week pass. But there is also an option to pay what you can.

Although all of the shows will be airing for free on Shred Kelly's Facebook page and the Facebook pages of the two featured festivals each night, purchasing a ticket is encouraged. A ticket supports Shred Kelly, the production team, and each festival during a challenging time for the music industry.
In addition, 25% of proceeds will be donated to Protect Our Winters Canada and the incredible work they do.