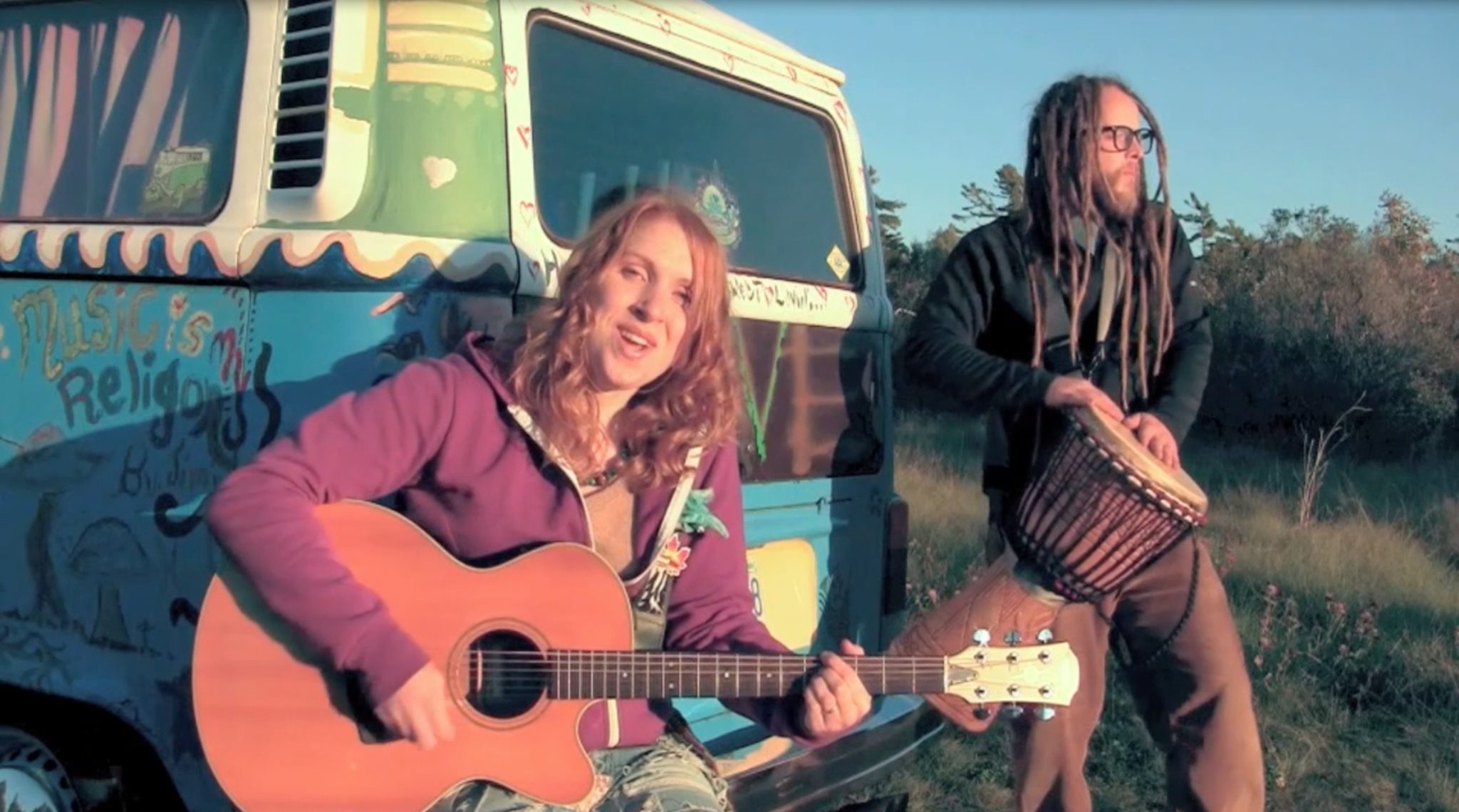 Unique. Energetic. Toe-tapping goodness. Sly Violet is an indie pop folk rock husband-and-wife duo. From small towns in Ontario and Nova Scotia, they are now based in British Columbia, Canada. Featuring Sly Boston (drums) and Violet Clarke (guitar, harmonica, keyboard, vocals), the combination of their innovative instrumentation and Violet’s hauntingly beautiful voice, has created a sound that is refreshing to the ear.

Sly Violet is gaining momentum in Canada after touring extensively over the past decade. They’ve played hundreds of live shows across all 10 provinces in Canada. From George Street in Newfoundland, to ski resorts throughout the Rocky Mountains, to the festival stages in Ontario. Sly Violet have been making waves in small towns and big cities across Canada with their engaging and entertaining live shows.

Multiple albums have garnered radio play and awards for their modern pop folk rock music. Sly Violet has independently released 3 studio albums: Feel Your Way Out (2009), King of the Mountain (2011), and Friends From Far Places (2015). Feel Your Way Out earned BEST FOLK at the Barrie New Music Awards and a nomination for BEST FOLK/ROOTS at the Toronto Independent Music Awards. Their songs have been played on multiple radio stations throughout Ontario and British Columbia.