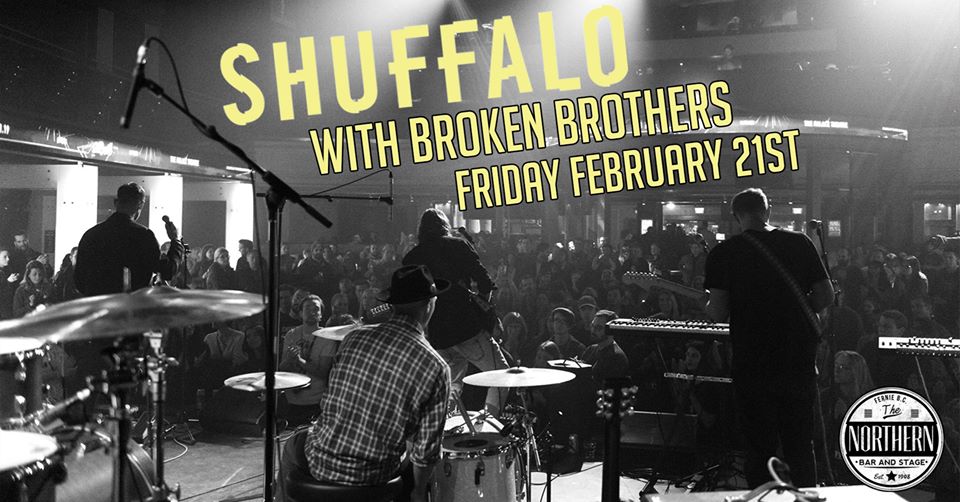 The Northern has got a sick double bill coming down the pipeline with Shuffalo from Calgary and the homies Broken Brothers from Golden.

Broken Brothers - Roots, Americiana, Folk
After a four-year hiatus, Broken Down Suitcase reunited in 2018 as Broken Brothers with Canadian and European tours. Eric Larocque and Benjamin Caldwell are back and ready to take Broken Brothers through the galaxy of alternative country music, telling stories through a cosmic american sound.

Broken Brothers will take you on a journey through the galaxy of alternative country music, telling stories through a cosmic american sound.