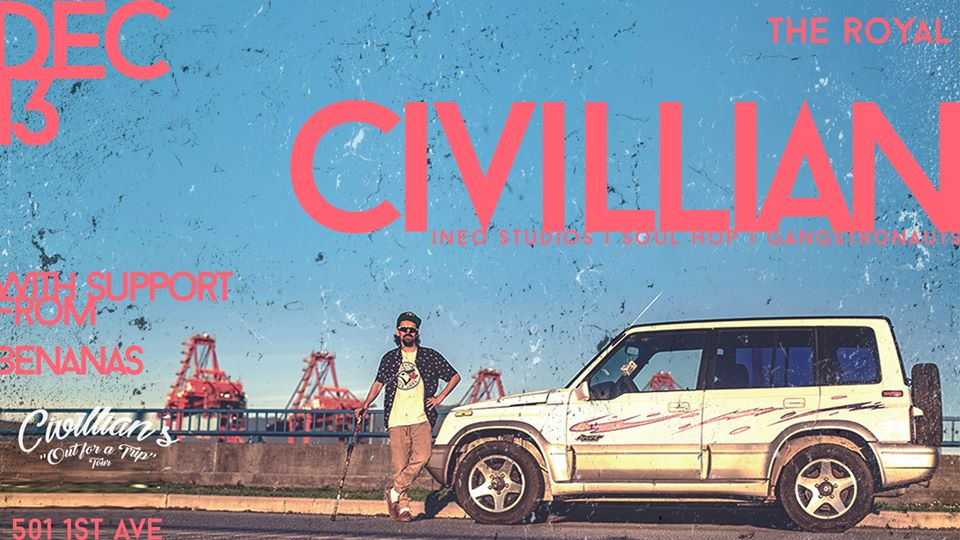 Civillian is a DJ of the people. After cementing his reputation as one half of the A/V space trap duo Gangstronauts, he now has both hands planted firmly on the decks and his ears to the street. His roots in classic rock and golden era hip-hop quickly evolved into a deep-seated love for funky, glitchy bass music. Moving to Vancouver from his hometown of Toronto and being exposed to the sound system culture in B.C. was a huge catalyst for this. From there his interests shifted heavily towards all spectrums of dance music, from house to jungle and everything in between. Throughout his many years spent around the electronic music community in Vancouver, Civillian became a core member of INEO Studios, a projection mapping and events company based in Vancouver where he is now the Production Manager and Talent buyer. There he began organizing and curating large scale warehouse parties and VJing throughout the city. But behind the decks is where Civillian is most at home. With an ever expanding record collection, a finely tuned turntablist toolbox, and an intuitive ear, his confidence in technicality and selection is self evident. Combined with ninja-like versatility in any situation from living room house parties, to underground warehouse raves, clubs, and big outdoor festivals Civillian always has what the people want.