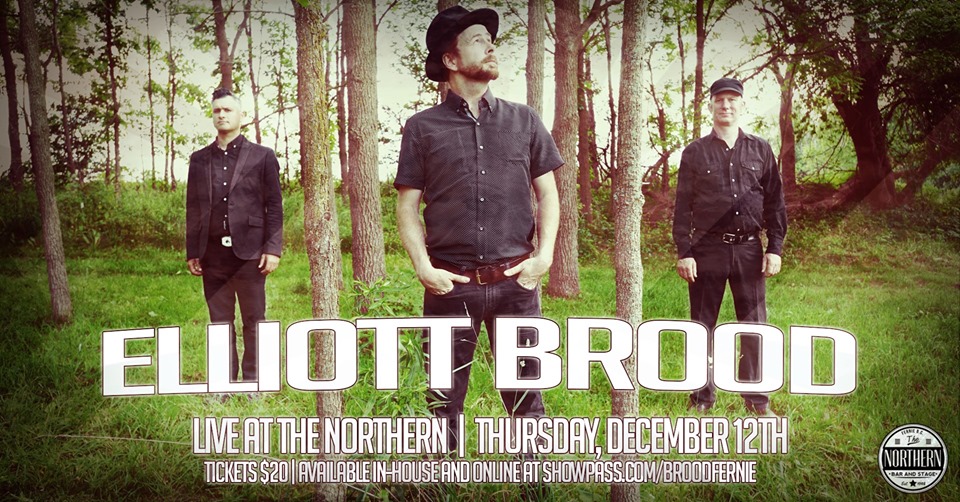 The Northern is super stoked to have Juno Award winners Elliott BROOD back on our stage. Anytime these gentlemen have come through has been an amazing night so don't sleep on this one Fernie!

Elliott BROOD is a three-piece Folk Rock Alt Country band based in Hamilton, Canada. Their brand of fuzzed-up roots music has always made for a captivating, and frenetic live performance. That energy has always translated onto the band’s five previous critically acclaimed records. In 2013 the band won a Juno Award for their World War One inspired album “Days Into Years”. Over the course of their career they have been nominated for a total of five Juno awards. In 2009 they were shortlisted for the prestigious Polaris Music Prize and in 2012 the band found themselves nominated for a Genie Award for their original song “West End Sky” that was featured in the film “Grown Up Movie Star”. Their style has been called everything from ‘blackgrass’ to ‘death country,’ but those descriptions don’t capture the transcendent heights of their unique approach to roots music. Fall 2017 will see the band release their sixth full-length studio album “Ghost Gardens” via Paper Bag Records.