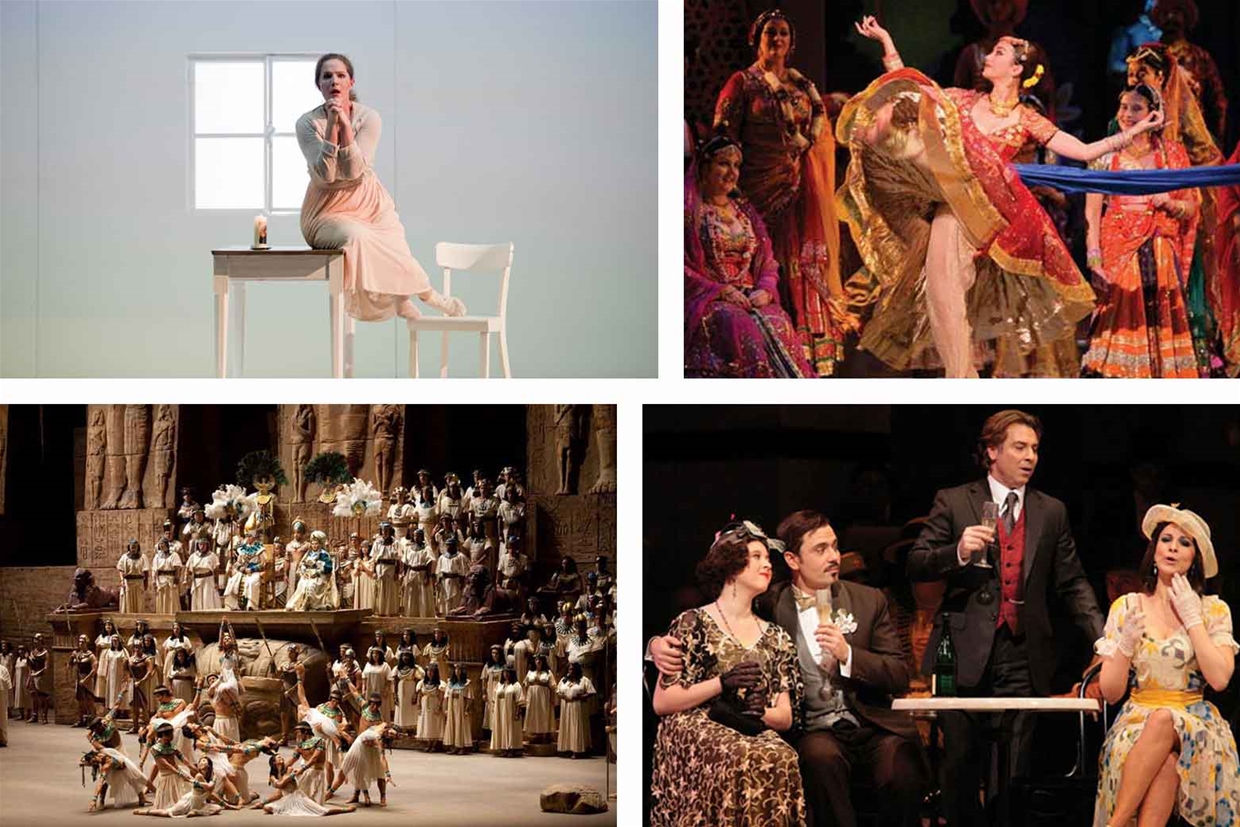 The Enchanted Island; a pastiche, but various composers, devised and written by Jeremy Sams

Inspired by the 18th-century tradition of the pastiche, The Enchanted Island is a new work featuring music by some of the Baroque era's greatest composers — Handel, Vivaldi and Rameau — with an original libretto. The dramatic framework of this Baroque fantasy brings together situations and characters from two Shakespearean plays: the four lovers from A Midsummer Night's Dream are shipwrecked during their honeymoon voyage on Prospero's island from The Tempest. In addition to the characters found in the original plays, The Enchanted Island imagines the sorceress Sycorax (who is mentioned in The Tempest but never appears on stage) vying with Prospero for control of the island.