That Dog Was A Band Now Live 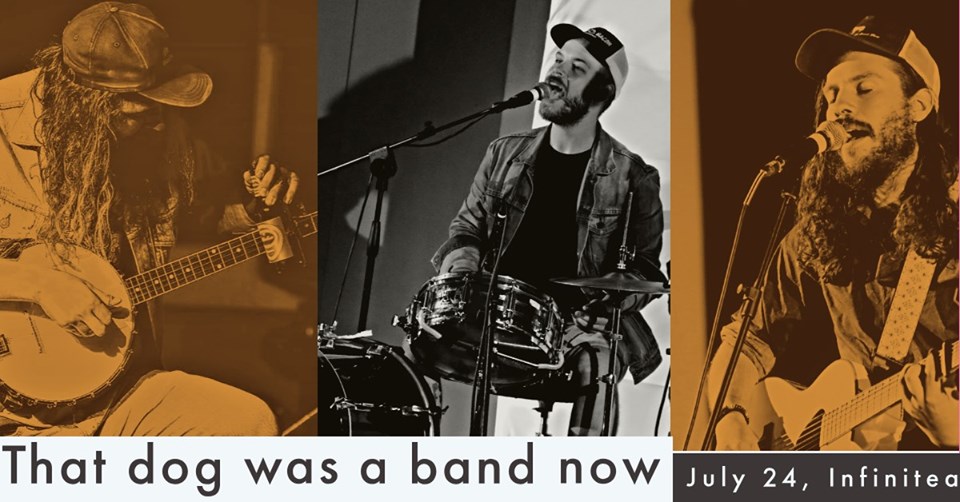 That Dog Was A Band Now is cruising through Fernie on a Western Canadian tour, dropping in to bring their sweet indie folk sound to Infinitea!

That Dog Was A Band Now is a contemporary throwback to an unplugged, sincere, rebellious Americana that has been compared to everything from The Band to lots of other stuff that's not as good as The Band.

With members from Sweden and Canada, the band formed in the Redwoods of Northern California in late 2013 and has gone on to play hundreds of shows all over North America and Europe, including an exhaustive 100-day, 70-show tour of 13 European countries in 2018.