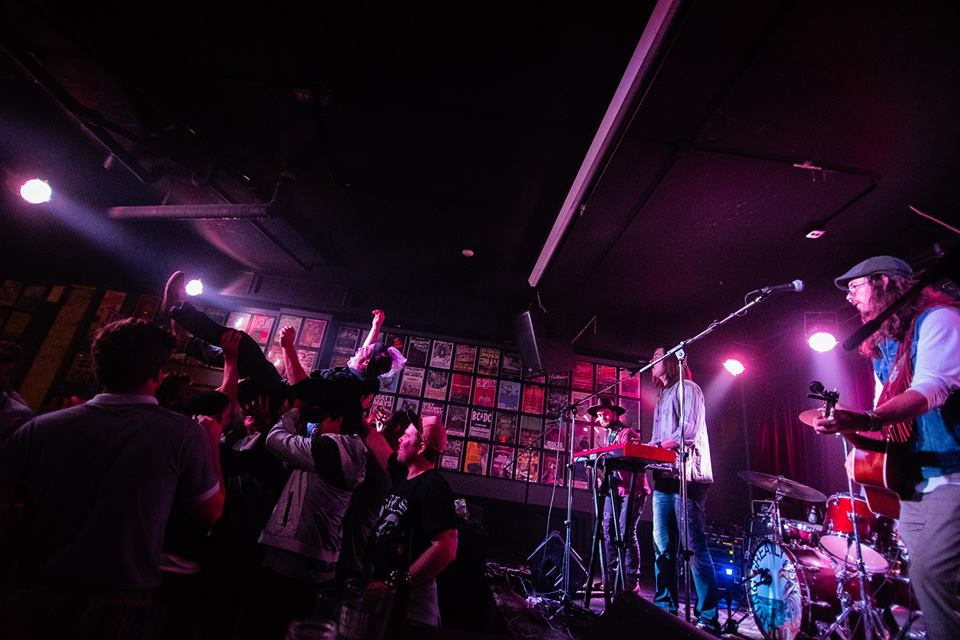 80% Covers / 20% Originals
Daring Greatly: A Classic Rock/Soul family band consisting of a father, and his 2 sons with their 2 best friends. Their message is simple; be free, be courageous and to fall in love with as many things as possible! Originally from Calgary, Alberta - the group has been touring all over the United States and Canada for the last 4 years. They have released 2 full-length albums; 'Cornerstones' (2016) and 'Works of Art' (2017) and are now signed to muSIC House (Socially Intelligent Collective) - a independent record label based in Encinitas, CA. Their original music is inspired by the greatest songwriters and singers before them, Daring Greatly strives to perfect their own modern style of hippie-rock grooves and beats.