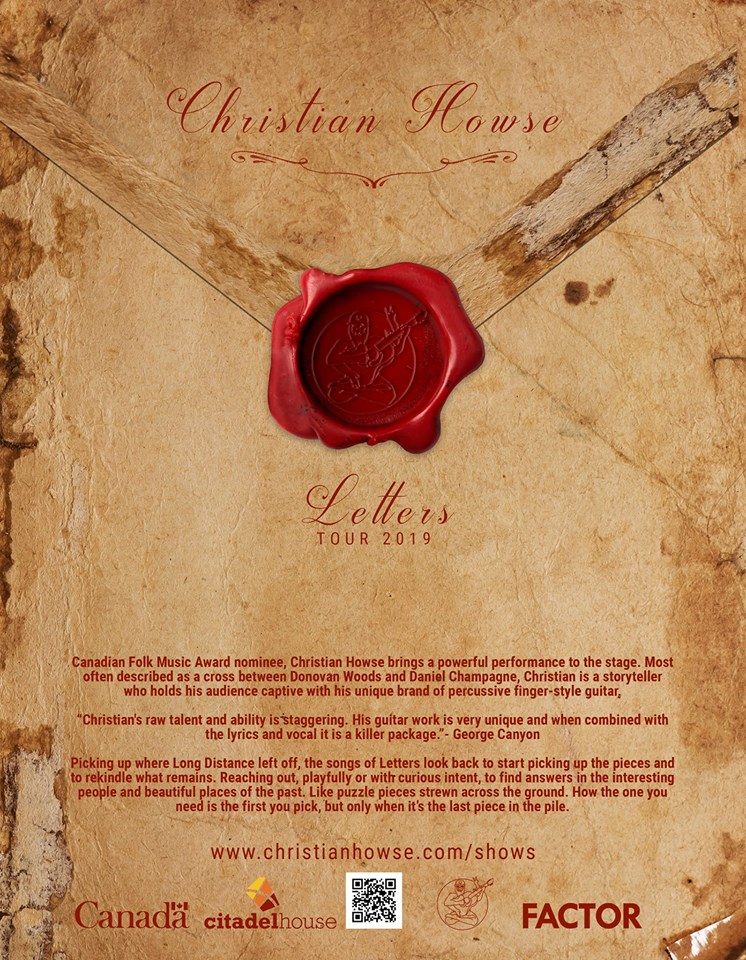 Christian is a singer-songwriter from Newfoundland who is making waves in the East Coast music scene.

With four solo albums to date, his raw talent and dedication to his craft shines through his music and earned him a 2018 Canadian Folk Music Award nomination for Young Performer of the Year.

Christian brings powerful performance to the stage. Most often described as a cross between Donovan Woods and Daniel Champagne, Christian is a storyteller who holds his audience captive with his unique brand of percussive finger style guitar. Christian illustrates a very raw and real depiction of the greatest fears, darkest feelings, and most beautiful revelations that we all come to feel, to some extent, throughout our lives. His songs are sure to leave you looking inward, seeing a bit of your hidden self in every word.

Posted: Apr 03, 2020 Elk Valley Physicians Update: We Can Do This Together