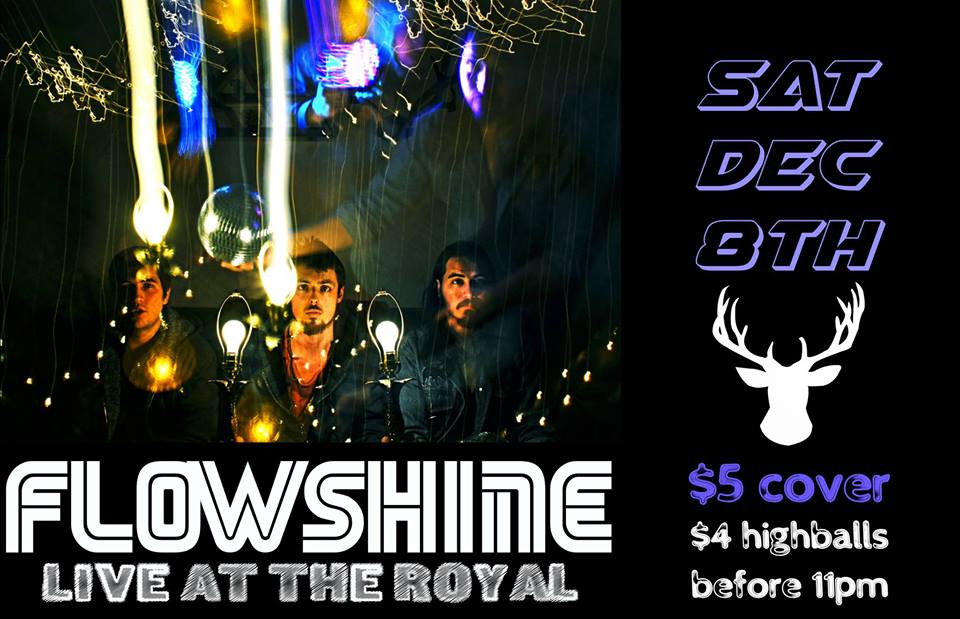 The band Flowshine has been carving their own path a little left of centre since they formed in 2009. Their love of adventure, experience, and bringing people together with music has taken them from their home in Calgary to oft overlooked corners of the country. They have spent thousands of hours in a van and have performed in an eclectic and extensive list of pubs, clubs, campfires, farm fields, cafes, basements, community centres, festival stages, street corners, and the like; from Dawson City, Yukon to the heart of Halifax, NS. Their high-energy live shows, fusion of genres, and earnestness has garnered them attention from critics, concert goers, and bartenders from coast to coast.

Flowshine's musical style is hard to fit into a box. Their openness to experimentation and desire to create something wondrous has left many people unsure of how to characterize them. When writing about their latest record Mike Bell of TheYYSCENE stated: "Gets Me Going is a sprawling, rollicking, panoramic ride through the musical countryside in the worlds of '80s pop, rock, funk, soul, disco, jazz, psych, prog, hip-hop and jam band ... It's weird, with seemingly no actual boundaries and incredibly hard to pin down. But it works." That same record has been described by Bucketlist Reviews as, "...Way catchier than a four-song EP in this style has any right to be." Their songs demonstrate strong musicianship, relatable storytelling, and often feature musical guests lending their signature to the Flowshine whole.