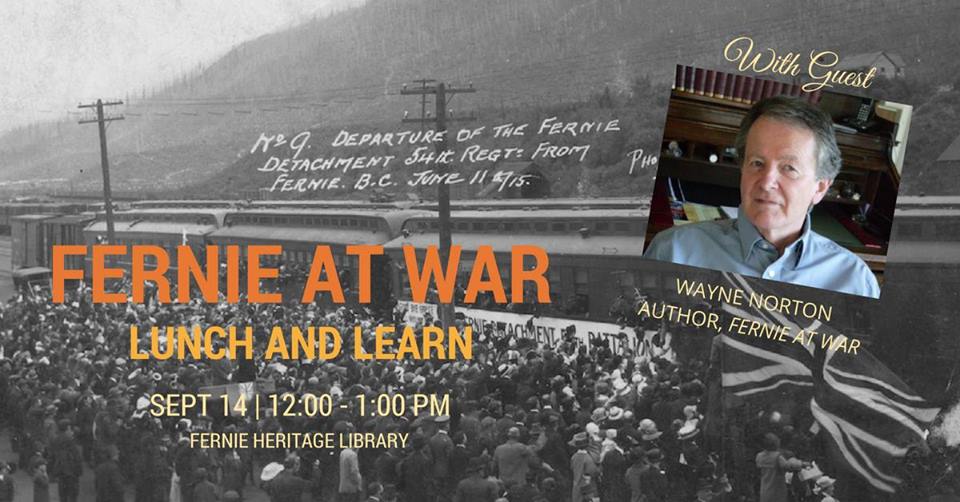 Fernie entered the First World War in 1914 with optimism and a sense of pride - it emerged 5 years later having experienced staggering losses and multiple controversies tearing the community apart, including the internment of enemy aliens in a camp located at Morrissey, BC. In his new book, Fernie At War: 1914 - 1919, author Wayne Norton explores what it meant to live in Fernie during those confusing and divisive years.

Includes lunch (soup, sandwich, tea/coffee, dessert) and author talk. Wayne will also be availabe to sign his book after the talk (books available, $24.95).

WAYNE NORTON is a writer and historical consultant now living in Victoria, BC. He hwas written extensively on a variety of topics and has published with the Globe and Mail and the Vancouver Sun among others, and has written several books and articles on the Elk Valley.