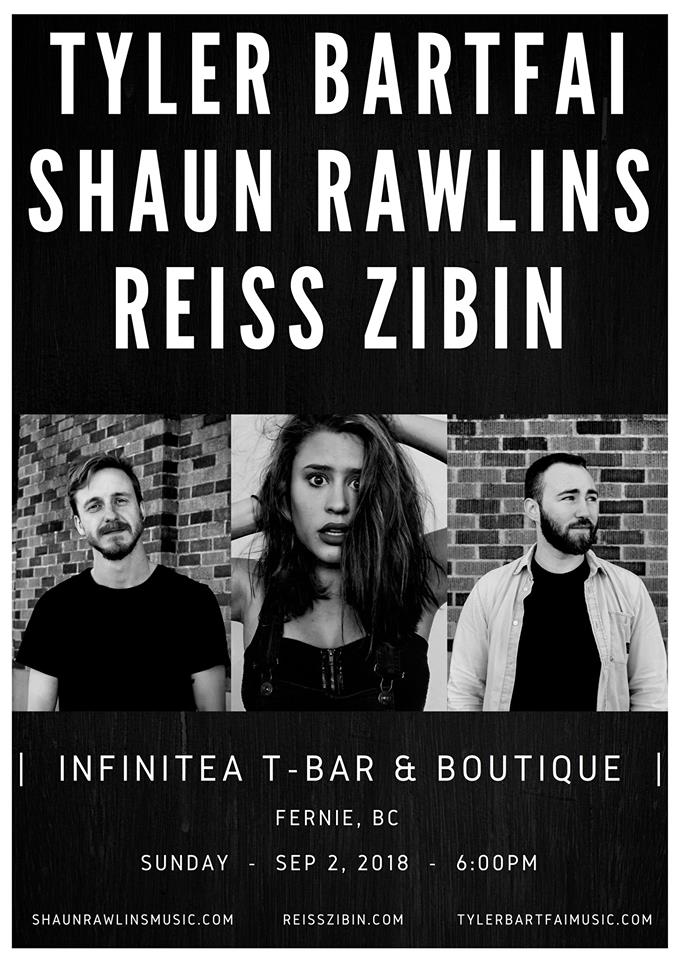 Tyler Bartfai is a singer-songwriter from coastal Powell River B.C. His writing is influenced by a variety of genres including blues, roots, folk, and pop. Specifically, from artists such as Eric Clapton, JJ Cale, John Mayer, and Bob Dylan. His emotionally driven lyrics draw on many of life's relatable ebbs and flows. Tyler Bartfai and The Stowaways have just finished a live off the floor EP and video session 'The Score is Posted'. They hope to start a full studio album later this year.

Reiss Zibin grew up in a small town called Robson in British Columbia. She started singing on stage at a very young age and built her stage confidence through the years. By age 14 she started writing and composing her own songs. Her originals have been played on stage leaving the audience always asking for more. By 2014, she released her first EP called REALITY. Reiss has been performing endlessly ever since, playing fluidly between a guitar, ukulele or the keyboard. And if your lucky, she’s now challenging herself with the drums! As of February 2018, she released her new song SHY. All of her songs are available on all online retailers.

Shaun Rawlins is an indie folk singer-songwriter from Vancouver, BC. He writes songs about life; from the little gaps and spaces that exist in all of our lives, to love and everything in-between. His main influences are: City and Colour, Dan Mangan, Death Cab for Cutie, Passenger and Ben Howard. Over the last few years, Shaun has been working with producer John Webster and has self-released two EP's: "Lost in Your Head" and "Clean Slate" respectively.