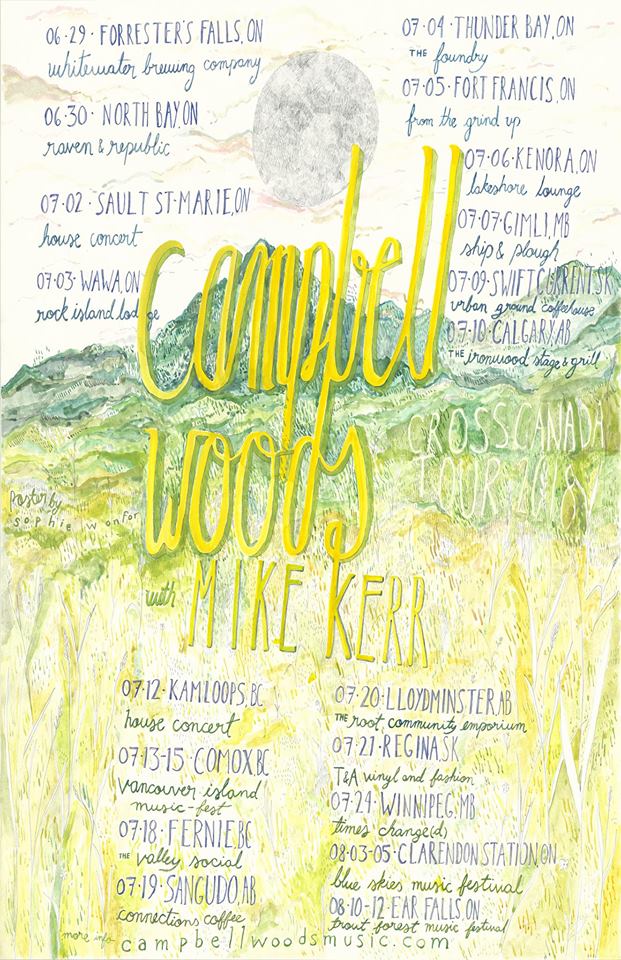 Campbell Woods released his debut record, "Oxford Street" in the spring of April 2017. He's been on the road ever since, performing everywhere from Vancouver to Halifax to Nashville to Austin. As a songwriter he's been compared to the likes of Townes Van Zandt and John K. Sampson. Powerful songs, simply delivered. "Oxford Street" debuted at no. 4 on the earshot folk/roots radio charts and has been nominated for a Toronto Independent Music Award.