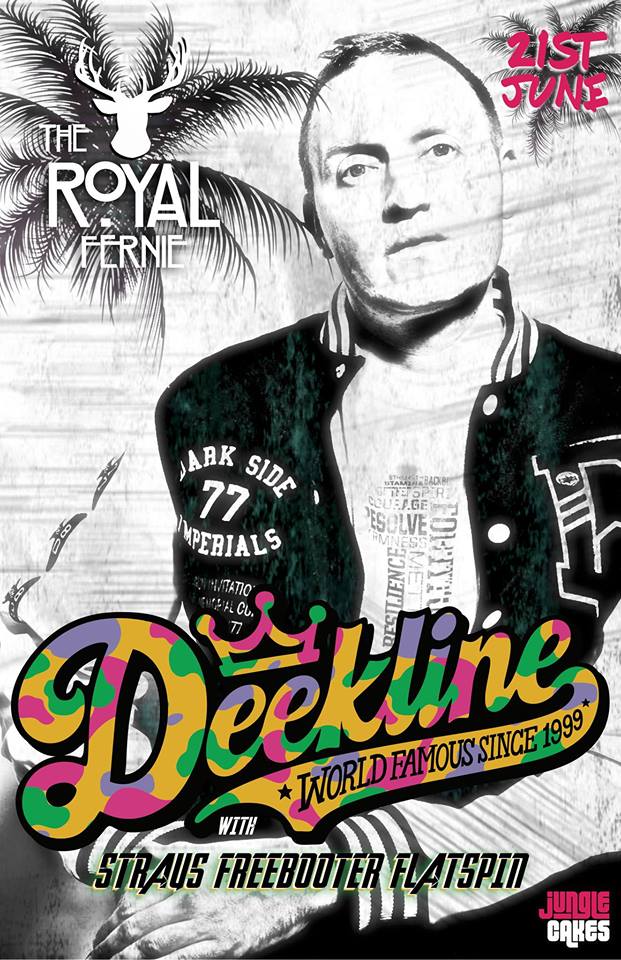 DEEKLINE (LONDON, UK)
A hero of the underground from the days of his Platinum-selling UK anthem I Don’t Smoke Da Reefer, Deekline oversees a range of Hot Cakes imprints (Hot Cakes, Sludge, Jungle Cakes and the legendary Rat Records) all of which work tirelessly to propel street level artists into the forefront of the electronic music scene.

Deekline is that rare figure in dance music, the seminal producer who balances the cutting edge and the mainstream with effortless flair. Head of the London to Brighton-spanning Hot Cakes collective of producers, promoters and DJs, this bass music icon recently released new album Bounce ‘n’ Shake with studio partner in crime Ed Solo, an eclectic tour de force sent down with the kind of assurance one might expect from DJs who have sent bodies flying round the room at club venues across the globe for more than a decade

On a live tip, the Hot Cakes parties have achieved the rare feat of blowing up clubs on both sides of the Atlantic, in Miami, Spain and London. He’s also known to put on a rump-shaking boat party or two on the river Thames. This year Deekline has headlined stages at Glastonbury, Boomtown, Nostock and is heading to Breakfast Perth, Australia in December 2015.