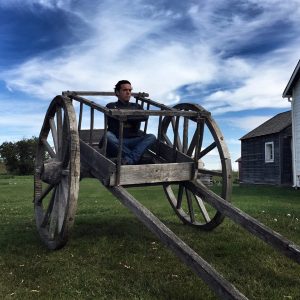 Fernie is home to one of the most beautiful libraries in British Columbia and is a wonderful place to pop into while visiting historic downtown Fernie. One of the highlights of the Fernie Heritage Library’s programming schedule is their Booked Writers Series, which features an entertaining mix of authors and literary figures from across Canada.

JOSEPH BOYDEN’s first novel, Three Day Road, was selected for the Today Show Book Club, won the Rogers Writers’ Trust Fiction Prize, the CBA Libris Fiction Book of the Year Award, and the Amazon.ca/Books in Canada First Novel Award, and was shortlisted for the Governor General’s Award for Fiction. His second novel, Through Black Spruce, was awarded the Scotiabank Giller Prize and named the Canadian Booksellers Association Fiction Book of the Year; it also earned him the CBA’s Author of the Year Award. His most recent novel, The Orenda, won Canada Reads and was nominated for the Scotiabank Giller Prize and the Governor General’s Award for Fiction. Boyden divides his time between Northern Ontario and Louisiana.

It will be a great night to be inspired, so come and join the literary community at Fernie Heritage Library for an evening! Everyone is welcome to attend. These events are popular and seats fill up fast. Suggested donation is $10. Evening begins at 7pm with refreshments and cash bar, author reading with Q&A at 8pm.