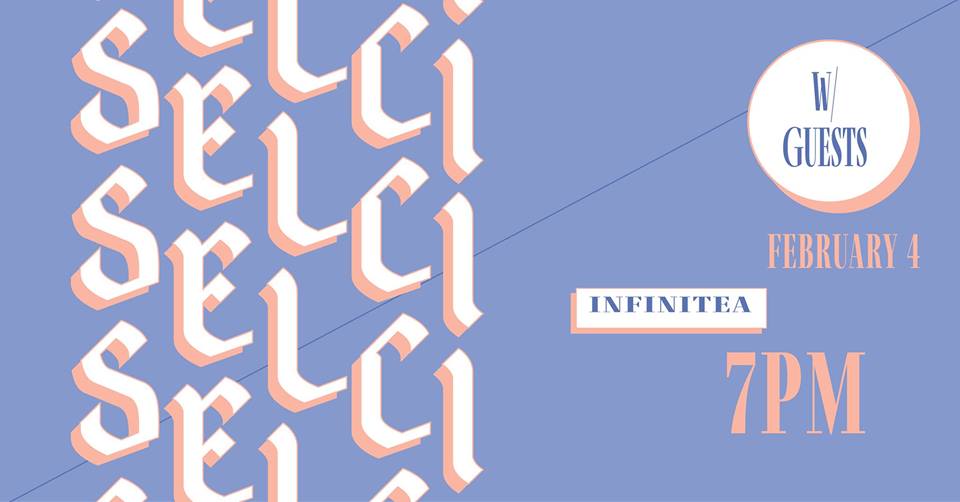 Selci (sell-see) is a Calgary/Winnipeg-based singer, producer and songwriter who creates her own beats in an indie pop/electronica style with elements of r&b. She’s influenced by a variety of pop artists ranging from Grimes to FKA Twigs, Bjork to Erykah Badu and an obsession with James Blake and Frank Ocean. Her stage show includes multiple synths, art installations, and video projections.

Selci’s debut single, ‘Gone W Thuh Wind’ (Sept. 2017), was accompanied by a music video that she self-styled, set designed and directed. The single is being supported with a tour of Western Canada, including shows in Winnipeg (her hometown), Regina, Saskatoon, Calgary, Edmonton and Vancouver. Selci's upcoming single and video 'Apple$' was co-produced with Beatchild (Drake, Divine Brown, Justin Nozuka, Shad) and is coming out in spring 2018 with another self-produced music video.