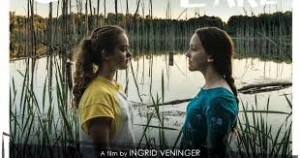 Somewhere between Toronto and northern Ontario, between childhood and adolescence, 13-year-old Bea (Charlotte Salisbury) is facing down growing-up, and isn’t sure she likes what she sees, especially with her parents on the edge of divorce. Then she meets Kate (Lucinda Armstrong Hall), she is funny, outspoken and tough. Though Bea and Kate are seemingly opposites, they strangely fit together. Under Kate’s influence, Bea finds her courage. But being brave has a price, especially when it means making a difficult choice between “never squealing” or speaking out.

Indie Films Fernie (IFF) screens independent films at the Vogue Theatre on the first Sunday of every month from September - April at 5pm.