McTwist at The Royal 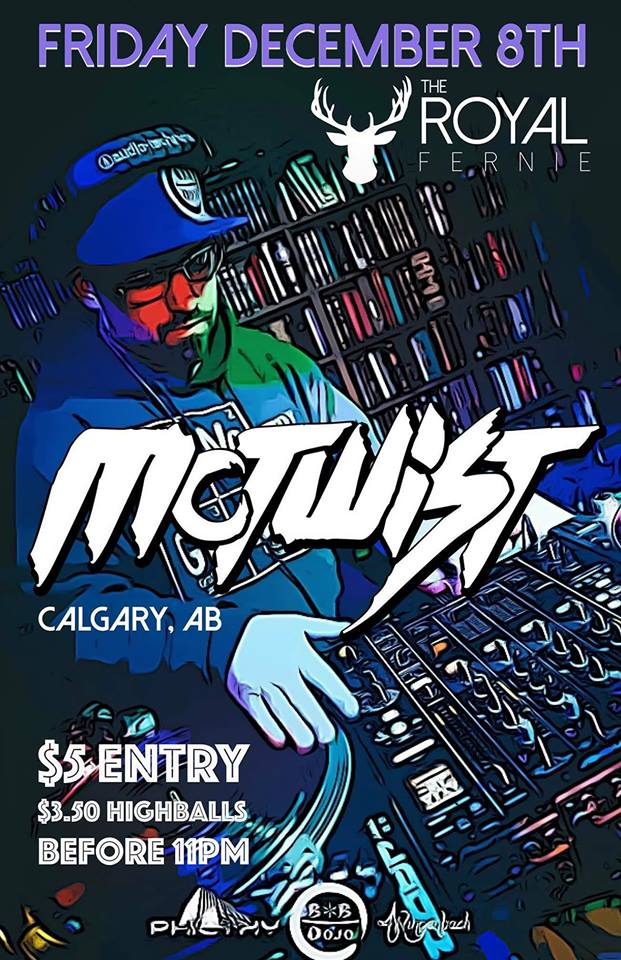 McTwist (Calgary) makes his Fernie debut! He ripped it up at Fozzy Fest, excited to see what he'll bring to The Royal! McTwist is synonymous with Breaks and anything funky.

Since 1999, he has hosted an internet radio show which ran for a total of 7 years, played among some of the greatest names in the electronic music industry and has released a bunch of tunes. The prodigious McTwist doesn't release a huge volume of music every year but, then again. he's all about quality over quantity. His work in the studio has produced some serious booty shaking beats. His solo work has gained recognition in the music scene by having charted on Beatport and Juno Download multiple times. He has had the opportunity to play at many Canadian music festivals and has also played WMC in Miaim. McTwist has had the opportunity to rub shoulders and share decks with the likes of The Stanton Warriors, Krafty Kuts, WBBL, K+Lab, Keith Mackenzie, Phibes, A.Skillz and Featurecast to name a few.