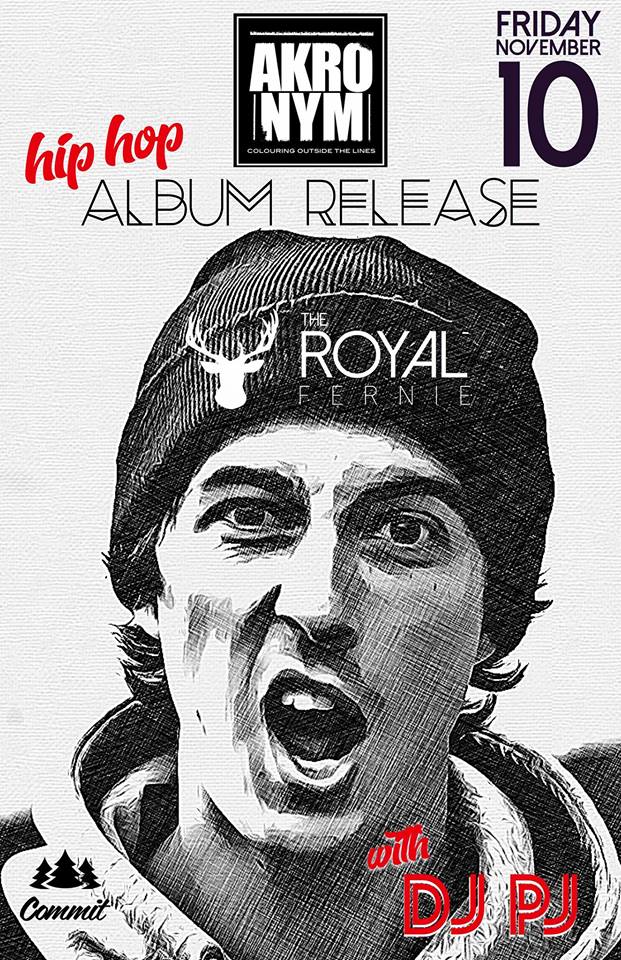 Join The Royal on Friday November 10th for the full album release party of local Max Thomson, aka Akronym, 'Colouring Outside the Lines' alongside local talent DJ PJ. This will be an at capacity event so be sure to get there early. $5 entry.

Akronym is a 23 year old rapper, singer and producer hailing from the UK. His roots of inspiration stem from old school Hip Hop but in recent years of travelling and studying different genres, he has learnt to incorporate many different influences to ultimately find his own style. He has released a few EPs and beat tapes in the past but his newest release ‘Colouring Outside the Lines’ will be his first feature length album consisting of 17 songs.