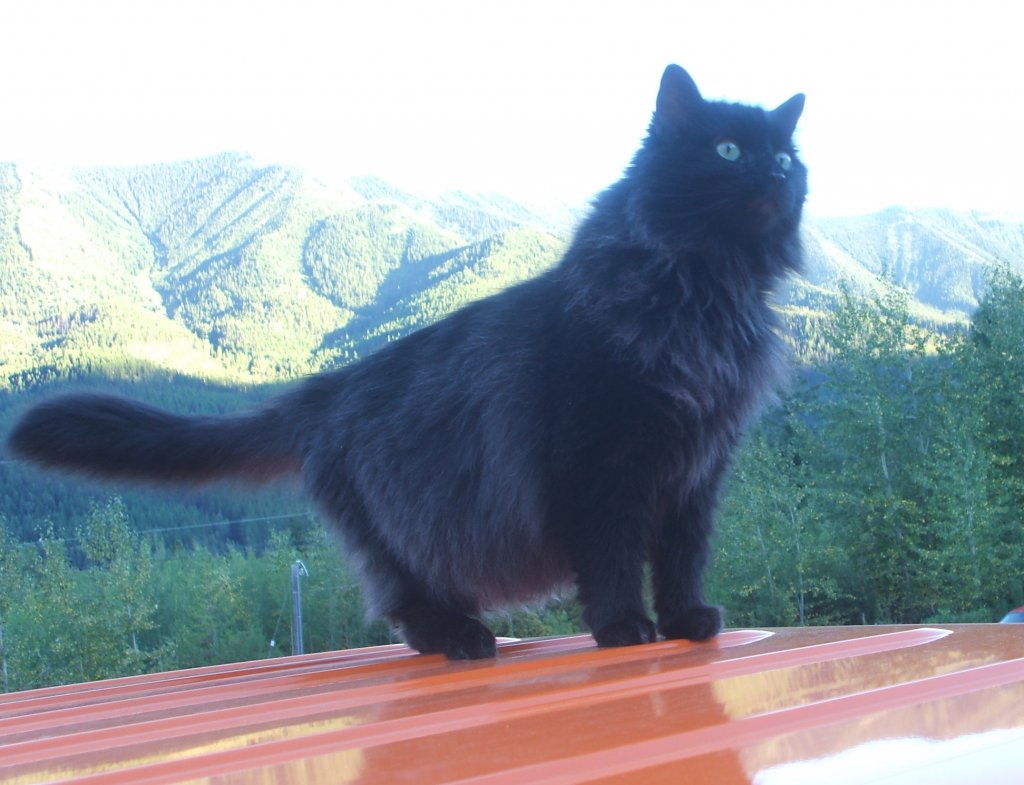 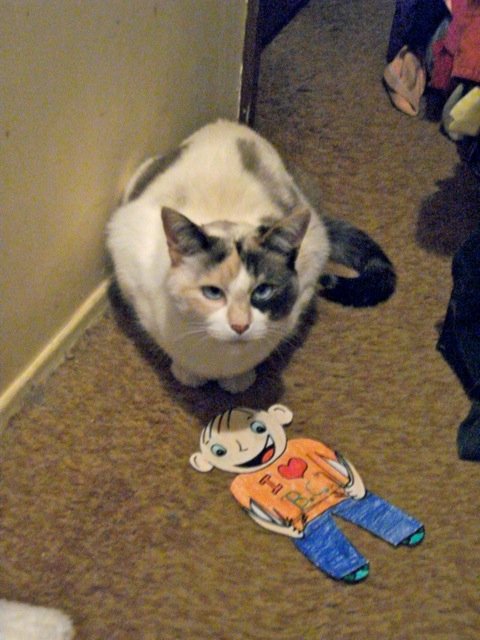 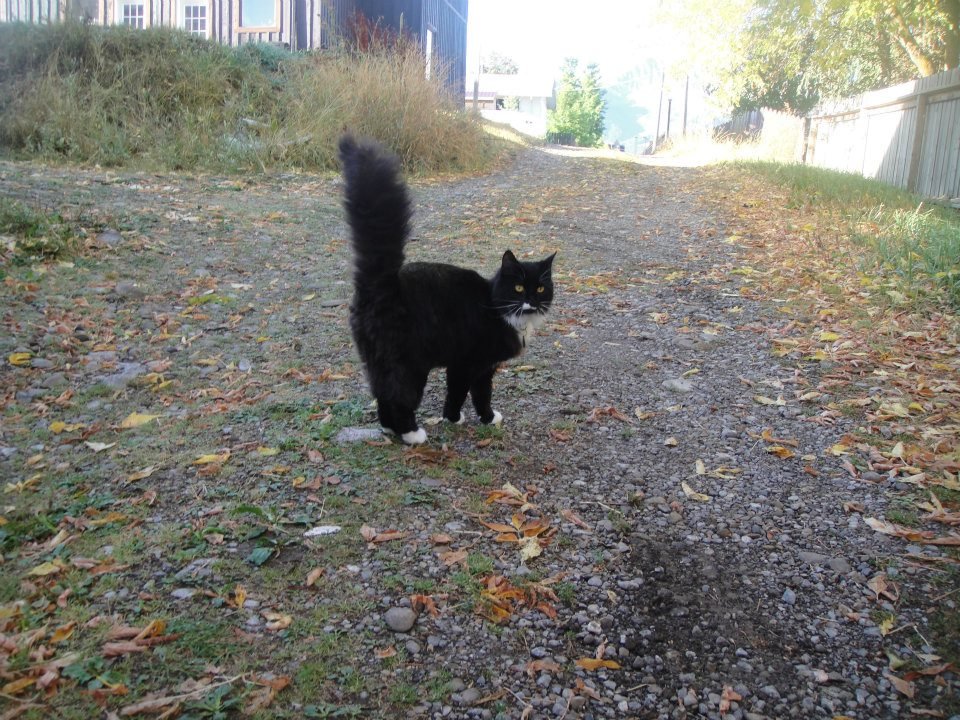 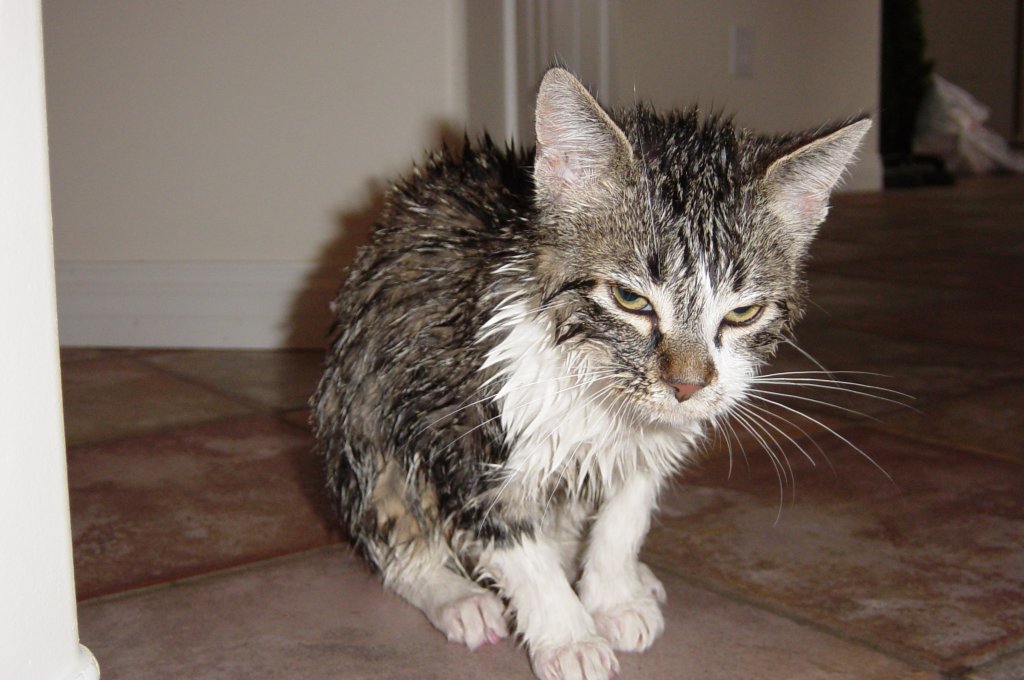 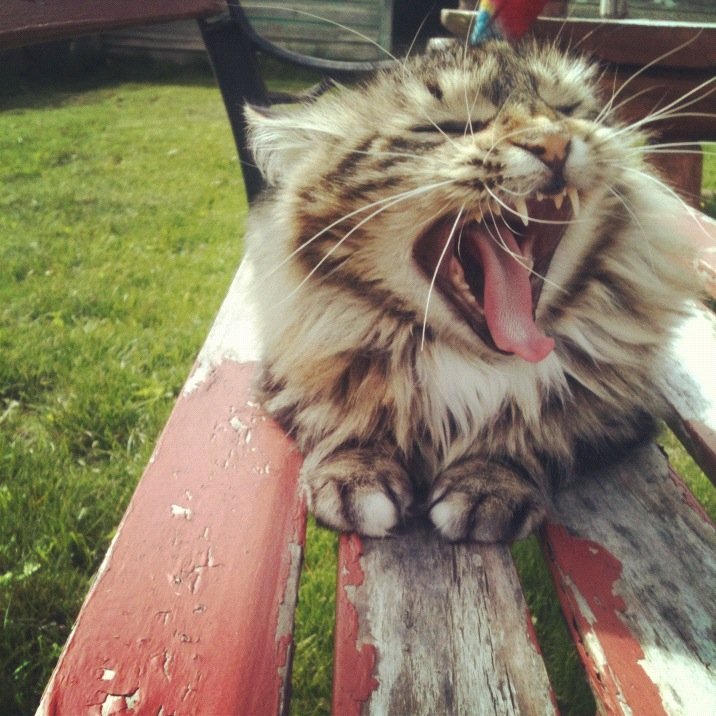 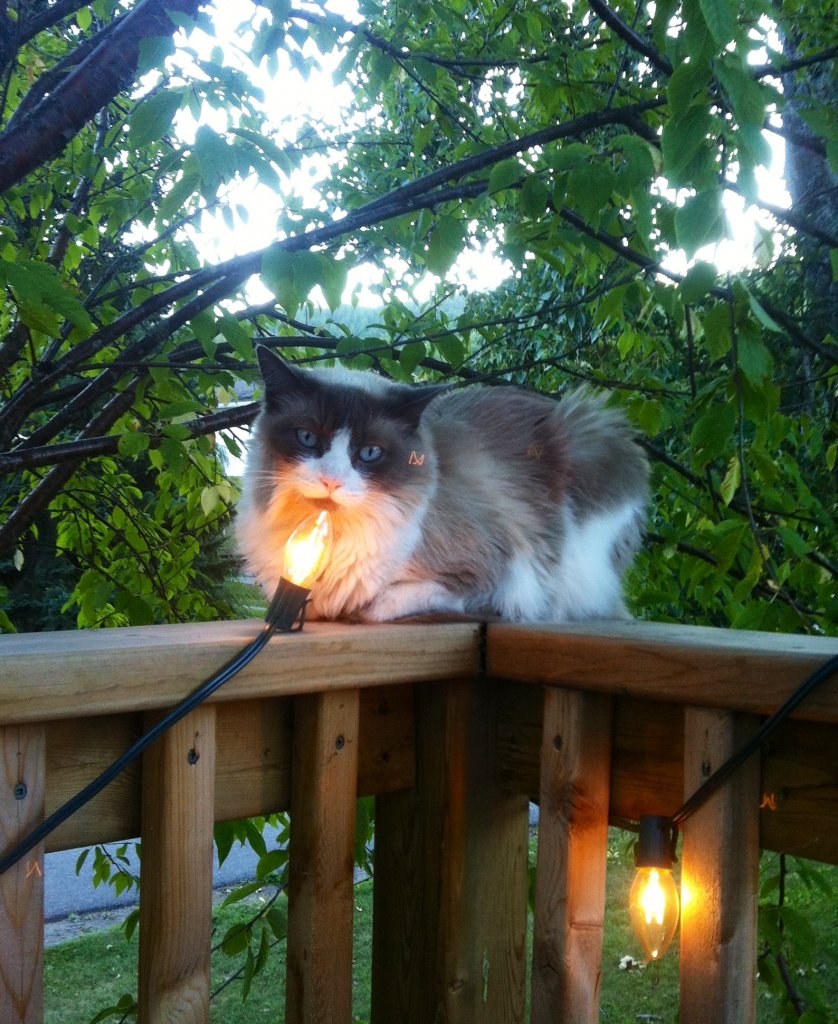 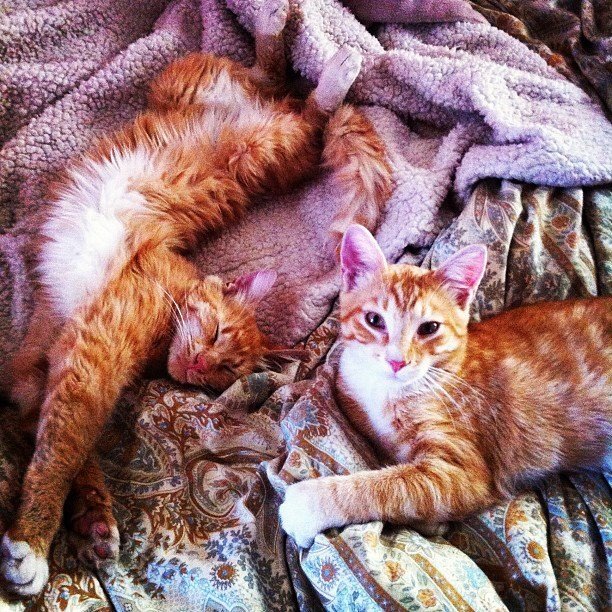 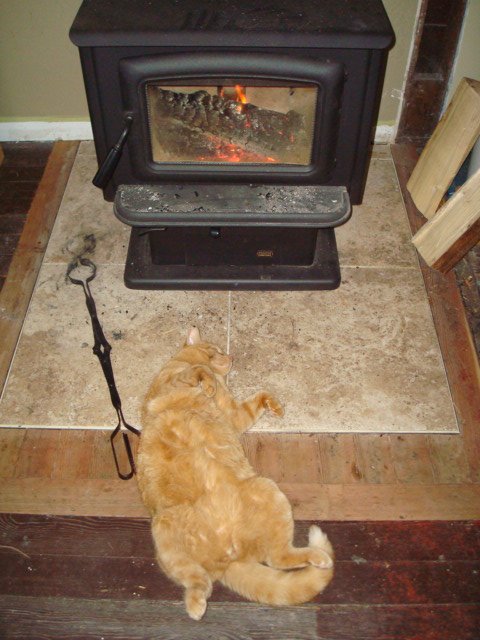 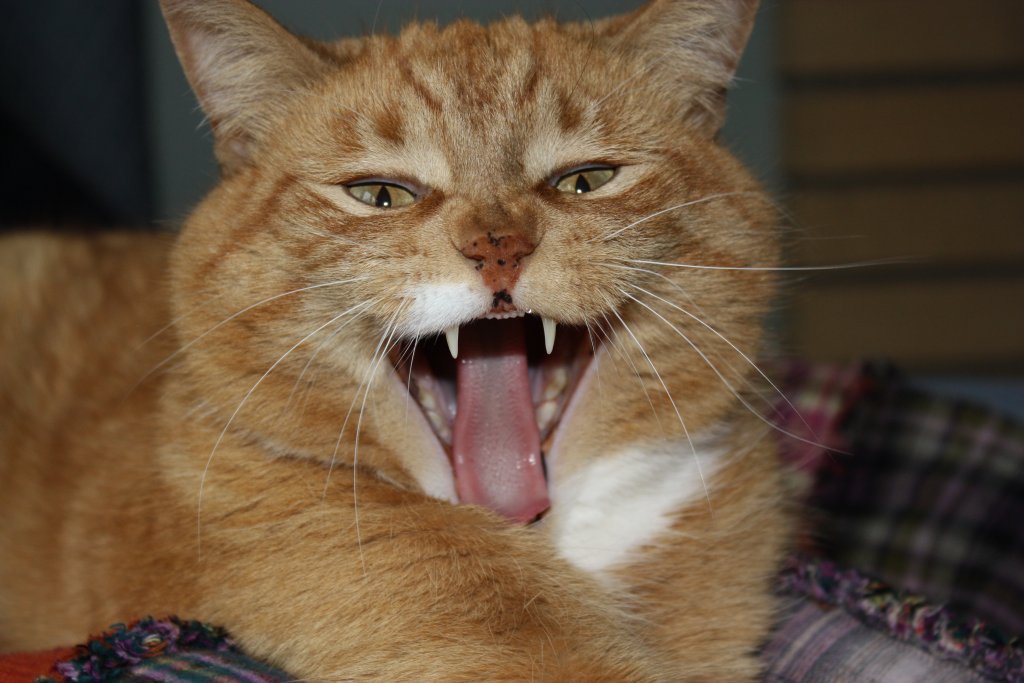 Somebody was left out in the rain and is not happy...
Photo by Dann Bush

Storm is the Hosmer Mountain Cat. He aspires to be a volunteer for CARCA (CARCA is the Canadian Avalanche Rescue Cat Association, based out of Fernie).
Photo by Alex Millar

Trixi, also known as "scaredy cat". Afraid of thunder and strangers. 15 years old, a known heart problem for 8 years but runs like a rhinoceros for fun, like a cheetah to escape (but stands her ground to protect her territory from dogs and other cats). Owns the Silversides.
Photo by Bill Silversides

Farley (aka The Man) enjoying the glories of the wood stove.
Photo by Sam Trousdale

This is Arwyn. She's small but deadly.
Photo by Jess Wheeler

This is DC. My daughters thought this was the most appropriate picture of him because he is a bit of a lion. We love him anyway.
Photo by Tanisha Falat