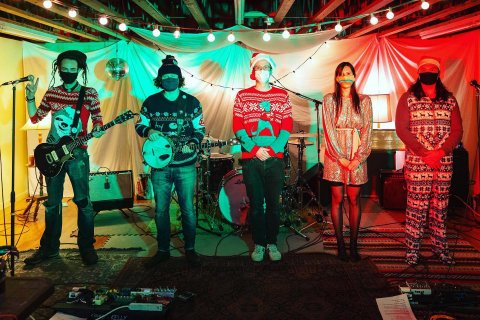 In a year that seemed like bad news was around every corner and hope was lost, the people of the Elk Valley stepped up in a legendary way. The Fernie Women’s Resource Centre has been helping the women and families of the Elk Valley since 1979 and we’ve never received support like we have these past 12 months. 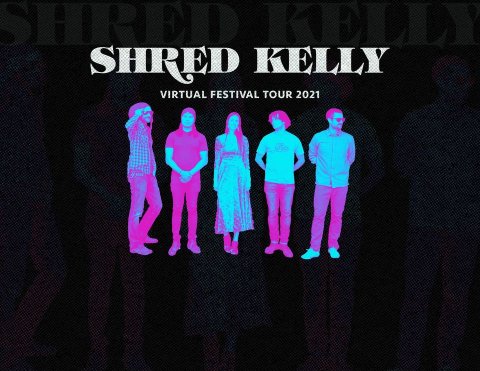 Shred Kelly will be keeping you company again every Saturday night in February on a Virtual Festival Tour! Each show will include a 40 minute full band set, an episode of 'Festival Season' (a comedy series currently being curated for the tour), and a campfire song featuring unplugged songs from iconic performers who have graced some of the stages of the music festivals they'll be performing at!

About this Event
Tickets are $13 and $5 from each ticket sale will be donated to The Fernie Women's Resource Center Christmas Gift Card Drive. 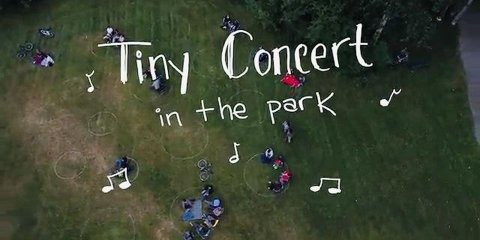 Tiny Concert in the Park with Shred Kelly

Yvonne had the privilege of catching up with local artist and member of Shred Kelly, Sage McBride, to see what she does to maintain a work, life and mamahood balance. 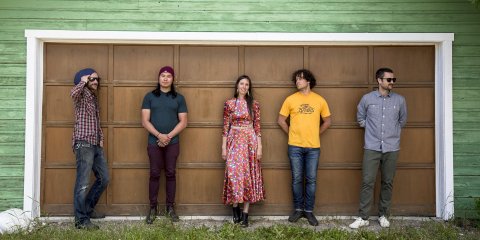 Album Release Concert for Shred Kelly's newest release Like A Rising Sun - concert in Fernie BC with all band members reunited.

On June 19, 2020 Fernie's own Shred Kelly released its new album Like A Rising Sun in a unique and COVID-friendly way. Utilizing the Fernie Heritage Library's Book Bike and filling it with copies of their album, they cruised the streets of Fernie, played songs from the album, and gave out free copies to the public! 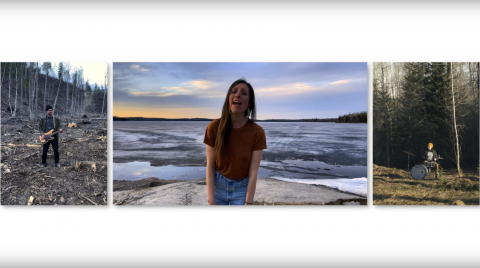 Fernie is home to a popular Canadian band, Shred Kelly who is known for their high energy live shows, folk tinged sing-along anthems, fusing 'traditional instrumentation with modern rock, presenting a sound that is both unique and compelling."

2020 is a big year for the band. The release of their new album Like a Rising Sun is dropping this June 2019. The first single released was "Dead Leaves" earlier this spring, and was an instant hit. Today the band released the video for their newest release, "Disconnect."

Get your coffee and baileys or your Pimms or your Jevers ready and join Shred Kelly for their finale brunch show this Saturday! 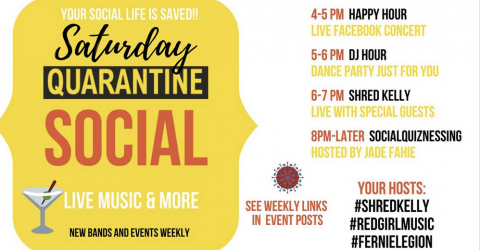 Fernie's artistic minds came together to bring us a weekly Quarantine Social on Saturdays. The lineup looks a little something like this: