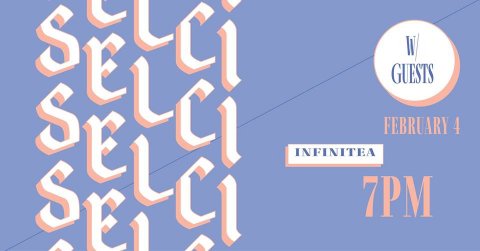 Selci (sell-see) is a Calgary/Winnipeg-based singer, producer and songwriter who creates her own beats in an indie pop/electronica style with elements of r&b. She’s influenced by a variety of pop artists ranging from Grimes to FKA Twigs, Bjork to Erykah Badu and an obsession with James Blake and Frank Ocean. Her stage show includes multiple synths, art installations, and video projections.