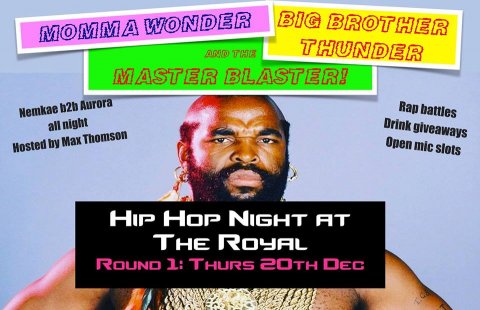 Aurora and Nemkae are packing some serious hip-hop weaponry in their tune arsenals, and it's time to bring them out for your listening pleasure. Max Thomson will be hosting the night on the mic, and we encourage anyone who has some skills to come down and join the fun for some open mic action! Whether you're an MC, rapper, DJ, or B-boy/gal, come and get involved as we celebrate all things hip-hop on the 3rd Thursday of every month! 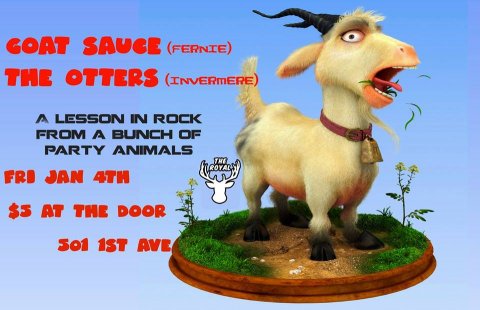 Goat Sauce and The Otters Live 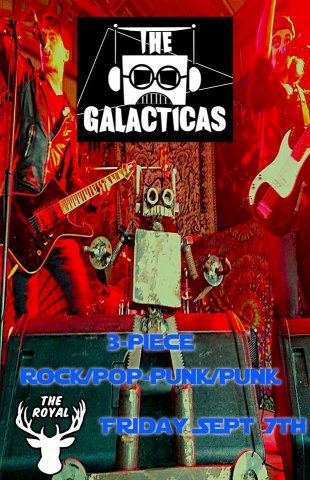 The Galacticas are a three-piece pop punk outfit from Calgary, Alberta, Canada.

In their first year as a band, The Galacticas released one EP and one full length, travelled as far West as Vancouver, and as far east as Winnipeg, hit any and all small towns in between, and have opened for international acts such as Hawthorne Heights and Okilly Dokilly.

Their honest approach to pop music has put them into a genre all their own, capable of opening and closing down nights from hardcore shows, to indie festivals. 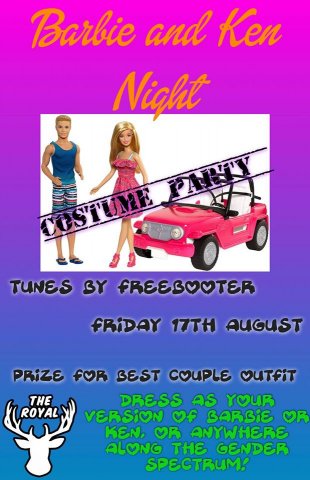 Get yourselves dolled up and ready to dance as much as your rigid plastic limbs will allow, because we're heading off on the next adventure in the series of monthly costume parties at the Royal! 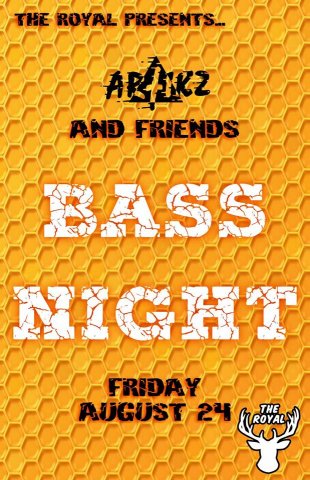 Artikz and his evil gang of cronies are descending on Fernie to unleash their weapons of bass destruction! Cower in terror as the pure fury of PK Sound shakes your insides and forces you to dance... or melt!