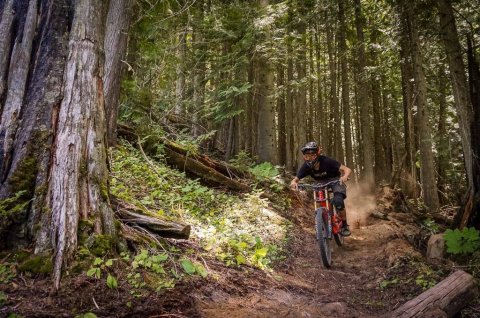 The race will take place at the end of the day at 4:30pm. Entry for the race is $5 and includes a post race beverage at Kelsey’s. Interested racers can register at the Adventure Centre in the main plaza on race day and must meet at the top of the course for 4:30pm for a racers briefing. Race course will be revealed closer to race day and will involve trail(s) on the mid to lower part of the Timber Side bike trails.