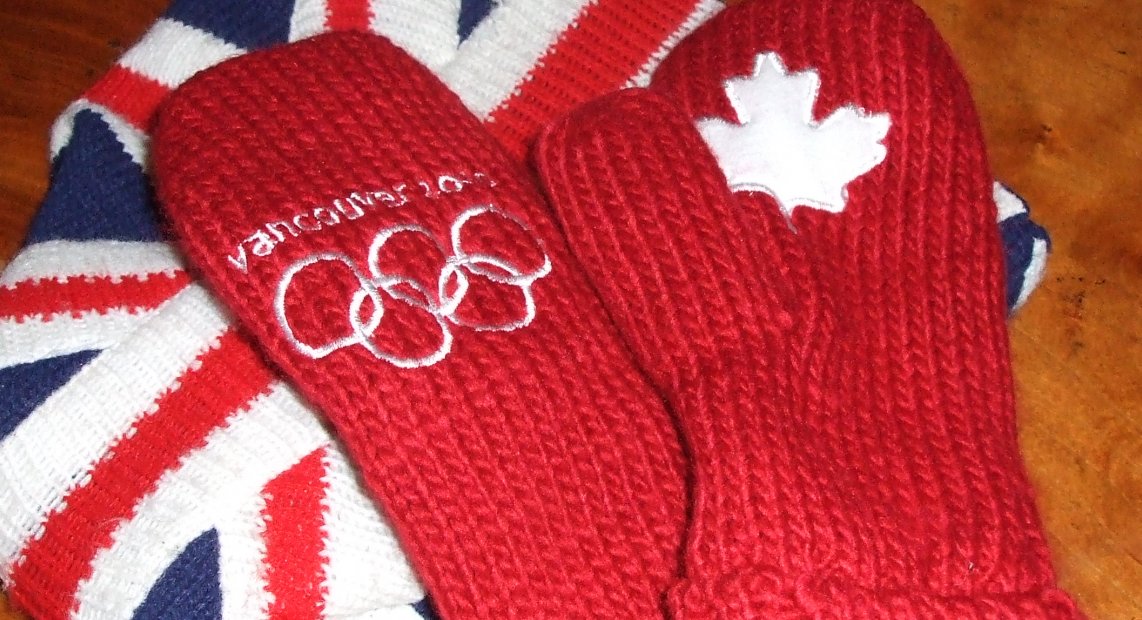 Vancouver 2010. And aren’t we all engrossed? Even in sports we never knew existed, thought we previously cared about or remotely understood. But now do. Wholeheartedly. We even have opinions on these new found sports, enjoy throwing facts about with the utmost conviction and would argue the ref if it came down to it. As you can probably guess, I could be a critique on numerous topics in life, but after my recent couch surfing research, in particular The Winter Olympics.

Let’s start with the obscure sports. Like the Nordic Combined. Who put that duo together? Biathlon, which at a first glance to the untrained Olympic eye, appears another slightly strange combo, but one that I’ve since learnt originated from Norwegian Soldiers, so seems to have relevance. But the Nordic Combined? Perhaps it’s brought in purely to test whether people can ski on the fattest and thinnest skis on the same day? I’ve watched a lot of Olympics over the years and I swear I’ve never seen it before in my life, when did they sneak that one in? 1924 apparently.

Another oddball, although I give it full marks for entertainment value, is the Speed Skating Relay. I was lucky enough, during my extensive viewing to witness what can only be described as organized chaos. How do they keep track on whose turn it is? Stay out the way of everyone else? Go inside or outside lane? Know how many times they’ve been round and when they should call it quits and point their toe over the finishing line? And at change over, they only go and shove each other up the bum, I mean, what happened to the old age baton? Undoubtedly, if I were given the chance to interview one discipline, I’d love to have the opportunity to interview these people on how they retain organization during said human croquet match. Luckily they have men in suits, with clipboards, on skates, to come in and break up any skating disputes with their HB pencil.

Again on ice, (perhaps it’s the dangerously hard surface that attracts nutters and weird stuff), this surely has to be the highlight of the obscure sporting collective. And I have to admit it nearly passed me by - Men’s Double Luge. Both the Skeleton and Luge are ridiculous to begin with, but what exactly was someone thinking with this one? I tried to find out, but after using the powers of Google, my search came back empty. It didn’t begin as an inventive form of sub-zero getaway, although I’d like to think it did. Perhaps someone was too scared to go it alone, so thought persuading a friend and then lying on top of him feet first, so limiting vision and increasing weight and speed, was the safest and most appropriate idea? Who knows, but all I know is that it’s plain old silly.

Ridiculous sports aside, the Olympics seem to make the whole world go mad. To become obsessed and overly concerned for our nations’ athletes eating, sleeping and pooping habits, let alone their performance. Irrelevant of whether they are tipped for a medal or whether they made it there by default they suddenly have millions of viewers’ backing them out of nowhere. And pressure, don’t forget the pressure! That always helps people perform at their best. As proven by the British Press and our stream of withering and deflated athletes who were having a perfectly good and averagely successful time until they were irrationally topped for a medal, despite being ranked 50th in the world to date. But what happens when no one from your home nation is participating in a sport you’ve never previously heard of, let alone seen? You apparently don’t move a muscle and continue to watch with great intrigue. It certainly surprises me how some sports can entice me into morphing into the couch for hours on end. Even if no Canadian, (or Brit) is even partaking. Safe to say, I have so far wholeheartedly cheered on Canada. How can I not? The hype, excitement, nationwide support and endless tear jerking tales of what athletes have gone through to get to the podium really gets me going. Not to mention the small matter of Britain not really featuring too heavily under the title “Favorite to Win”.

Even my mother, back in UK, with a viewer un-friendly time difference of +8hrs has become keen to jump ship and start paddling west. Calling me seconds after Bilodeau won gold, declaring, “Congratulations Canada! And say congratulations to Mike for being Canadian.” My elderly and confused father in the background muttering, “She won’t let me go to sleep, so I’m opening the whisky.” However their efforts may not go unrewarded! As I type, a Brit is sitting in first place in the Women’s Skeleton ahead of her final run, Canada in second…will immigration revoke their fine decision if I cheer on the Brit? It may be our only chance this decade, I have to. Our previous hope (in the loosest sense of the word) and the only British Olympian you ever hear about in this country was Eddie the Eagle. If he really is our most significant athlete of all time, then we’re in deeper doo-doo than I previously thought.

So, as we near the Olympic finish, with numerous more random, strangely inspiring, attention catching and day devouring sports yet to come, I shall accept the inevitable once again and revel in other people’s glory from the comfort of my couch, bar stool or desk. I’m sure there are more sports that will raise my eyebrows, more to gasp at, more to wonder why oh why do they do this/bother? But whatever is around the corner I shall be sure not to miss a thing. After all, these athletes have dedicated but 4 years of their life to slide on a tray at high speed face first, throw themselves off two storey buildings on skis, practice so hard they have very few joints below the waist that they can still call their own, I should at least give them the decency to drop everything and become transfixed for 17 days straight. Believe me, I’ve performed to gold medal standard so far and no British Press can take me down.

Well I’ll be damned! The Brit has just won gold! Best phone my Mother to congratulate her purely on being British...