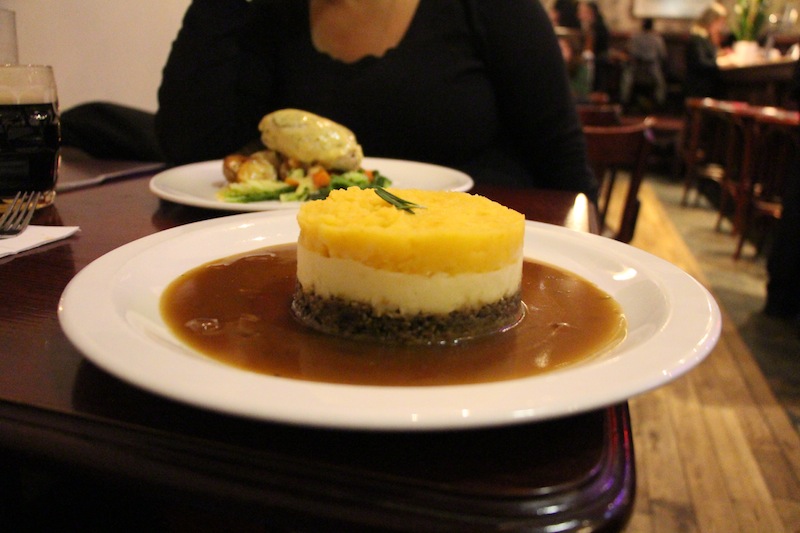 A teenage hunchback sits across from me taking up two seats on a train from Glasgow to Aberdeen. He weighs in at around 450 lbs, and has consumed around 6000 calories in the last half hour. His two buddies sit across from him, one with headphones on singing oblivious to everyone around him to some inane pop song. He must do it a lot, the other lad and the hunchback are seemingly undeterred by his yowls and most excellent facial expressions. I am eating a wonderful cold chicken pie which the hunchback has been staring at like Golum would stare at Frodo's ring hand. If the bastard even makes one flinch towards the pie the plan is to smash a half empty bottle of whisky over his mitt and hold the shattered bottle to his throat until he calms and rests back in his seat. He can't take his eyes off the pie, and sweat beads on his chiseled forehead. After I finish eating the pie the hunchback is carried off into a carbohydrate sleep where he dreams of killing me in his hunchback netherworld and stealing my pie. He drools, the snoring offsets his buddies singing and at some points they create noise in unison.

Scotland is cool that way. Shit will cross your path you did not see coming. As part of the journey I set priority on drinking only Scottish beer and trying haggis. I did not know I would be consumed and addicted to haggis. Haggis Addiction Is Real.

Haggis is (from wiki) a savoury pudding containing sheep's pluck (heart, liver and lungs); minced with onion, oatmeal, suet, spices, and salt, mixed with stock and traditionally encased in the animal's stomach and simmered for approximately three hours.

My first plate of haggis was consumed in Glasgow at The Butterfly and Pig tavern. It was also one of the finest plates I ate. Covered in traditional whisky butter and accompanied with yummy root vegetables, it was obvious where the source of my addiction would emerge. After that I attempted to eat haggis for every meal. Luckily it was not hard to feed the addiction in that every menu in Scotland worth its spit would have haggis on it, including breakfast.

There were many highlights and culinary twists I encountered as a haggis junkie. There were haggis potato chips, haggis balls, haggis pie. One of the best twists was the Haggis, Neeps and Tatties - a tower of haggis, mashed potatoes and bashed turnip with red onion and rosemary gravy at the Royal McGregor in Edinburgh. An awe inspiring mountain of potato, mashed turnip and haggis... most excellent.

Back home in Canada I have found decent haggis at butcher shops in neighbouring cities which has kept the haggis withdrawals at bay. I have replaced things like turkey for important holiday meals like Christmas dinner with haggis. It feeds my addiction and separates the good from the bad in the friend/relative pool. There is no substitute for haggis when you are deep in a binge, be careful people with your haggis experimentation or you will become addicted and forever craving it's awesomeness.