The first time I realize I sound like my Mother... 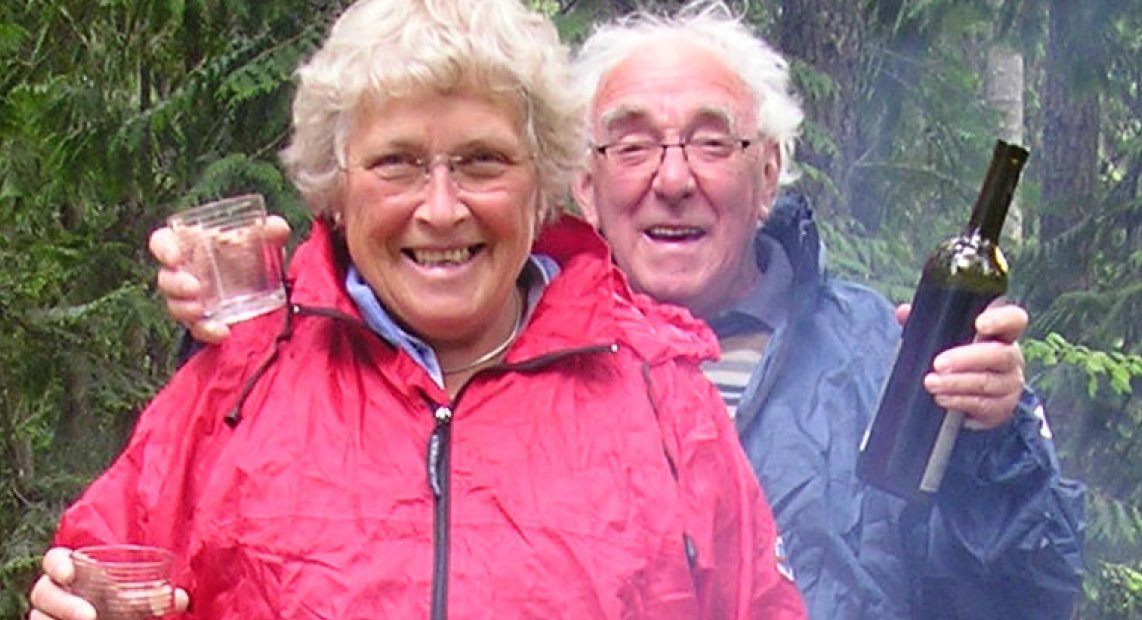 My heart misses a beat. I am stunned to silence. And I quickly look for the reaction of anyone listening to see if I’ve been caught. Luckily not many people in Fernie know my Mother and those that do, not to the extent of remembering all her weird and wonderful phrases that drop out of her mouth like a ton of bricks. Thank God.

Ok, so perhaps these phrases aren’t so wonderful but they certainly are bricks. And apparently round these parts they also are weird, as not many of them in fact make sense to the Canadian ear. However not being one to shy away from such peculiarities, I soldier on and continue to confuse and confound now relatively old friends and new, (completely lost), acquaintances. At times I feel for the latter as they just tend to stare at me like I’ve walked out of a 1950’s English Polo Club with a pole up my…anyway, you get the picture. Alternatively they think I’m Australian. Of course they do, they’ve got “cauliflowers in their ears” [Mother Carswell, 1980-90 – commenting on her only child’s hygiene].

Now presuming you Canadians have similar confusions, what in fact constitutes Mother-isms? “Ooooh, that’s just lovely dear”, “hold your horses”, whist I “pop into town to pick up some bits and bobs?” Yes, I guess that “hits the nail on the head” and gives you a brief insight into my Mother and the riddles she speaks. Often thought a close descendant of the Mad Hatter, my poor aged Father the dormouse in comparison. Yet despite watching this comedic show unfold throughout my youth, witnessing the chaos, realizing the ridiculous and many a time not-so-secretly vowing “I shall never say that!” here I am, apparently morphing into my Mother. Seems that nature v nurture debate is not over yet.

So how does this happen? When is it no longer regarded as cute? And most importantly, how do I put a stop to it? I mean it’s hilarious when you hear a self-righteous 4yr old quoting Dad on the do’s and don’ts of some safety related issue. But I’m 30, live approximately 5,000 miles from my geriatric Parentals and am surrounded by Canadianisms. Which, by the way, are ridiculous. But I think I’ve told you about that before. Once or twice.

Question is, what happens next? I’d like to say I’ve learnt how to put my foot down to my Mother over the years and am able to refuse to take such ridiculous sayings on board. But apparently that would constitute lying. Instead, you can fight it all you want, but for some reason, unlike math equations and historical facts, Motherisms really embed themselves deep, like an annoying song. A song which you inadvertently, (or not), share with whoever is around you. I mean, once you’ve had them surgically embedded into your previously carefree mind, it’s only fair you shared them with some other unlucky sod. It’s for sure by now someone else’s turn no?

But at what point do you pass them onto your own children? I guess a few prerequisites spring to mind. Such as when you actually have offspring and once they’ve developed the ability or desire to listen, (which in turn is a short while before the era when they don’t). But without wanting to jump the gun here, I am more than slightly nervous about this part. I’m also marginally concerned about other things such as childbirth, teething, diapers and dealing with my very own spotty youth with 6” on me. But say life takes its course and the inevitable happens, when I do have a sprog, then she is doomed. My whole collection of ridiculous sayings is heading her way. One weird British Canadian mixed up child she’ll be. And sadly it seems there is nothing she can do about it. Why? Because however you try, you are destined to sound like your Mother.

The saddest part yet? Before she knows it, she’ll be one of those Mothers, whose maturing tween can fully relate to this rant, with generations of words and nonsense filtering through the family tree in an uncontrollable fashion. And knowing the track the speedily developing tween generation is on, that will be shortly after diapers and moments before she’s paying for a wedding. Seems unfair? Well as my fine Mother would say, it would be a royal “kick in the teeth”.

I couldn’t say it better myself.