Wrapping Up the Season 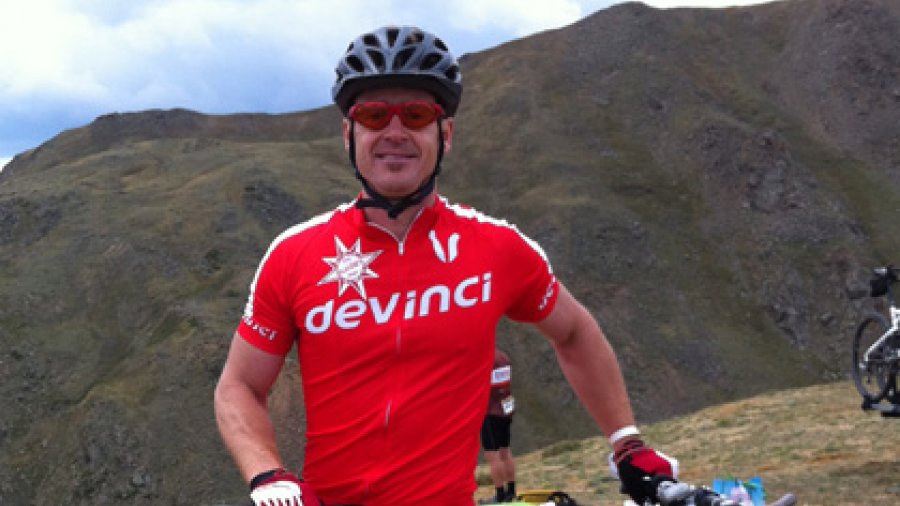 Although it spells the close end of summer days, September is a popular month with warm temps, trees turning and great biking. If you’ve had sole responsibility of little people for the last few months then September might be your clear winner for a different reason entirely. But whilst kids are heading back to school, many are gearing up for race month. And September it seems is the month of Triathlons and Duathlons.

Laura Macready can be spotted at the gym in the wee hours, lapping dogs on Maiden Lake, competing in 24hr bike comps and despite loathing running, declaring it “for horses” she does that too. This month, she’s gearing up for her biggest challenge yet, the “Grand Columbian Super Tri” – a 5k swim, 200k bike and 50k run. “Boom!” she says - as someone who has trouble staying afloat, I would be somewhat less enthused. Best of luck Laura, we’ll be cheering this September 15!

The same weekend, Fernie is host to two races – the 3rd Annual Fernie Tears & Gears Mountain Duathlon on Saturday 15 and the Fernie Kid’s Tri on Sunday 16. Tears & Gears can be raced solo, in a team, or if challenging the new enduro distance, run or biked. With runners collecting TREKSeries points, Classic or Enduro courses, after party and a friendly atmosphere (with just a touch of competitiveness), it’s a great fall race to wrap up the season. www.fernietearsandgears.com.

Members of the younger generation will be competing in the Fernie Kid’s Tri the following day. A sell-out event in its second year, co-race directors Pepper Coelle-Sterling and Scott Dressler tell us what’s in store.

Pepper and Scott, along with “lots of good people that were generous with their energy and time” started this race in 2011. “We all love to see kids try new things and be active and it has been so much fun to be a part of it all.” Each age category has varying distances, “it’s a challenge but it’s do-able, with the most gratifying thing being all the smiles at the finish line.” Rumour has it there might be a few Simon Whitfields in the making!

This August, Mike Rumpel took on the challenge of the Leadville 100 – a coveted event described as “the race of all races,” hard to get into and even harder to complete. Especially within the 12hr cut off for a finisher’s belt buckle. This year it was attended by a number of high profile athletes, including Lance Armstrong who, at the pre-race meeting, stood up on stage and said, “It’s truly a special environment, but also it’s one of the hardest things I have ever done.” I think Mike agrees ten-fold.

Starting biking in the early ‘90s, competing in a number of local races, setting up a bike touring company, which now goes by the name Sacred Rides, taking part in his first 24hr race in 2005, having “no idea what I was getting into, nor the true difficulty of these races…entering but with pure joy, excitement and no fear!” Mike has tried it all.

At least he has now. “Leadville, the highest incorporated city in North America at 10,200ft is known as the City in the Clouds or the Two-Mile High City. The race went as high as 12,570 feet and collectively had 12,500 feet of vertical gain over the total distance. The climbing was relentless and punishing.” Although living in Fernie gave Mike a clear advantage on the downhill, it was the pace that really surprised him. “I’ve heard it described as a ‘100-mile time-trial’ and now I understand why it appeals to so many Tour de France riders wishing to cross over into mountain biking.”

Mike had a race of epic proportions. Cramps like never before, nausea, bonking, headwinds, whilst watching other riders drop out and constantly having to shake his mental desire to quit. “I did the only thing that needed to be done: I dug deeper than I ever have and just gutted it out to the finish.”

When he crossed the finish line to find he had missed the cut off time by just two minutes, he collapsed to the ground. “I felt obliterated,” he recalls. The race organizer helped him to his feet and also helped him fulfill his promise to his kids of bringing home a belt buckle. “He smiled, hugged me and said, ‘that is exactly what Leadville is all about. About digging deep when there’s nothing left and because of this we are going to give you a belt buckle because, son, you have earned it.’ At this point I lost it and cried it all out. Awesome.”

Awesome indeed. As you prepare for your last race of the season, whatever the size and nature, enjoy every minute of it. As Mike says, “It’s the process of training and focus that teaches me much more sometimes than the race itself.” Congratulations Mike you’ve made Fernie proud. Now go get your trail running shoes on!