Turn Over a New Needle 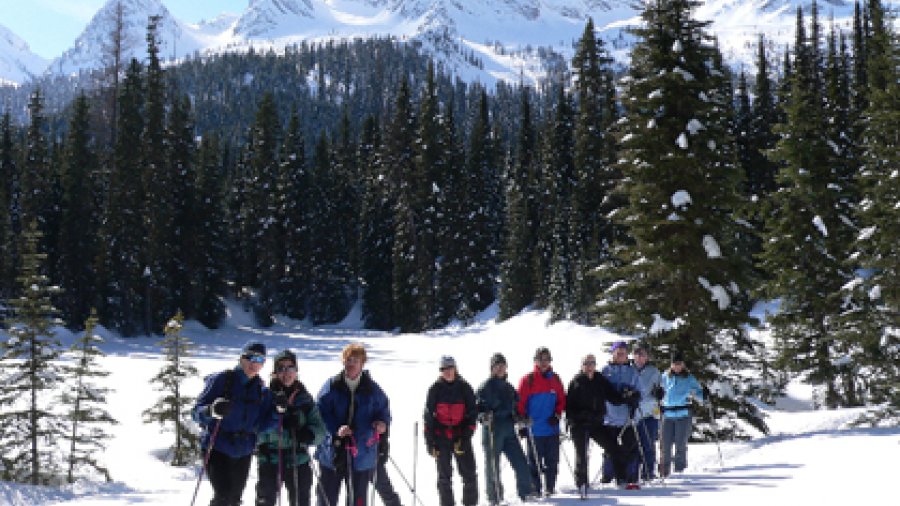 It is the beginning of 2011 and I want to introduce you to our arboreal companions all around Fernie. It will require you to get outside on snowshoes, snowboard or skis of any description (boots are also okay) and you must be prepared to use all of your senses. I recommend you turn over this new leaf or needle by first shaking hands.

Before I introduce you, stand back and take notice of its shape. These tall, straight, proud plants have one woody stem shooting skyward thus exposing their sun catching leaves to maximum solar radiation. Like a person you see on the other side of the street, identification starts with general shape. Start at the top but instead of the hat or helmet, does the tree have a crown like a pyramid, or is it a tapered stem or sprawling rounded top? Notice the appendages or branches now, are they symmetrical, irregular, short, conspicuously whorled with ascending tips, drooping or stout? Notice the downward sag designed to drop heavy winter Fernie snow.

Being conifers (cone bearing) look closely for the reproductive parts. Cones can come in many shapes and sizes – oblong and hanging, egg-shaped, small and elliptic, purplish to brown, clustered or singular and upright like candles, or armed with prickles. They can appear at the top of the tree, hang along branches or at the ends of twigs.

Now it is time to get familiar with your new acquaintance. Take off your glove or mitt to start and shake hands with a branch. Is it friendly, spiky, prickly, smooth or bumpy? Look at the evergreen needles. The thin small shaped needle is designed to reduce surface area and is covered with a waxy surface to decrease water loss during the long cold winter drought.

First let me introduce you to a fir. The needles are flat, dark green and come off the branches one at a time. In the case of sub-alpine fir, the bark is gray and smooth or flat with resin blisters easily broken with your fingernail. The aromatic oozing sap reminds me of Christmas. At lower elevations in the valley bottom, Interior Douglas-fir matures into thick, corky looking bark with deep brown ridges. Another distinguishing feature of this tree is the characteristic cone with the prominent 3-pronged bract that looks like the back legs and tail of a mouse diving inside to eat the naked seed. Remember friendly, flat fir needles with smooth resin blister bark.

Second meet the square, spiny, spruce. Shake hands with this tree and the needles are stiff spikes spreading on all sides of the twig. Take a needle and roll it between your thumb and pointer finger and you will feel its four sides. You will see some grand daddies on the ski hill over 400 years old. Englemann spruce is one of the most cold tolerant species in the world, able to withstand temperatures down to –60C. The bark is broken into large, thin scales with a silvery-white inner bark. Remember spiny, square, scaly spruce.

Thirdly let me introduce you to the pine. Prickly cones, pointy needles, with puzzle like bark point to pine. A key characteristic to pine is the needles in bundles of two, like the two syllable Lodgepole pine. White pine needles are in a bundle of five corresponding to the number of letters in white. Ponderosa pine is not as easy to remember but you will never forget the bundle of three and the prized puzzle bark that smells like vanilla ice cream on a warm day and the citrus smell when you break open a needle.

The one tree that everyone should be able to identify is our provincial tree the drooping, slippery Western red cedar. This tree does not have needles but rather overlapping scales in fan like branches. Crush the leaves up in your hand and breathe in the aromatic resin used to make everything from perfumes, to insecticides and deodorants.

Lastly the lonely larch that looks like a loser in the forest, having dropped all of its needles last fall. Western larch is the only deciduous conifer that looks dead but is just dormant. Look at the bumpy branches and come spring from each node will burst a bundle of 15-30 luxurious needles. Large, luxurious but lonely looking larch.

Make a resolution to start 2011 by meeting some of our conical shaped neighbours.