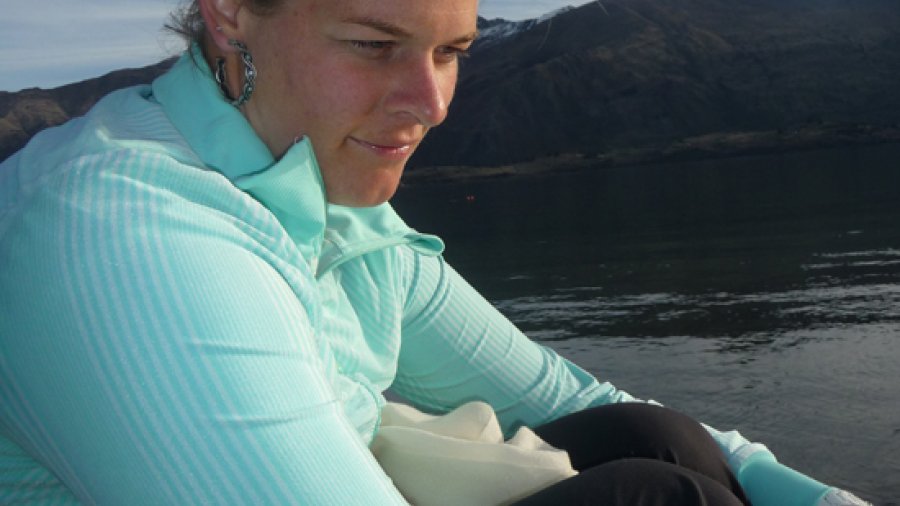 In some cultures, three is a lucky number and now it has become mine! Yes, I am embarking on the journey to my third Olympic Games. At the ripe old age of 29 I feel that I am finally ready to compete at home in the Vancouver 2010 Olympic Games. It will be a dream come true and an honour beyond words.

For some, this event has little meaning outside the unjustifiable spending of money but for many this is a chance to show the world what Canada is all about. The value of the Olympics Games transcends the medals and the shows. Instead, it breaks down limiting barriers between people, cultures and countries; it is the biggest unifying event in the world in my eyes. I am so proud to be Canadian and I think that Canadians should be proud too. By being given a chance to represent my country doing something that I absolutely love to do, is an opportunity beyond words and I hope that I can do it with honour, humility, success and passion.

My first Olympic experience took place in Salt Lake City in 2002 where I experienced a bitter sweetness like never before; milk chocolate versus 80% dark cacao. I had just come back from a potentially career ending injury in February 2001 to only come across another career altering obstacle; another knee injury. This knee injury crippled me, not literally but emotionally! I thought that my Olympic Dream was over. Little did I know that one man’s belief and a support network that could move mountains would change that belief and grant me my childhood dream; the Olympic Games. Now, it was not all glory. It was by far the hardest thing in my life I have ever achieved and as I stood there in the opening ceremonies, I truly believed that if I could overcome this, anything was possible. I went on to compete in the Slalom and Giant Slalom disciplines which were my only races that year and in which I represented myself proudly. On the day of my first race I realized two things. One, I hate losing and two, I would be back!

So there I was, four years later, a medal hopeful, entering the 2006 Torino Winter Games with a feeling like I was on top of my game and ready for “My Moment”! I had the expectations of myself and my country on my shoulder and I ended up crumbled like an old Greek ruin. The disappointment in how I performed was indescribable and it took a long time to shake it and look at it from a different perspective; 9th place isn’t all that bad! This is when I came to another two conclusions. One, nothing can break me, and two, I would be back!

My hopeful third Olympic experience will be a culmination of the past two Olympic Games and what I have learned in between those two massive bench marks. To make things clear, as I sit here and write this column I have yet to fully qualify for the Games as one of my qualifications must take place in the year of the Games. But I am under the total belief that if I can’t reach the qualification standard I really don’t deserve to be there! When I think of February 2010, I try and think of it as one of the major peaks in my mountain range of a career. I am prepared mentally, physically and emotionally to take on the world. I feel an energy that I have not felt in a long time and although my body sometimes disagrees, it is like a new beginning and a new chance on a clean slate.

This fire inside me has sometimes flickered and nearly gone out but it never stopped burning. Now it burns as strong as my loyal wood stove at home that kept me warm my whole childhood. My goal is to stand in that start gate at the Olympic Games knowing that I did everything possible in my control to be prepared and ready; regrets are for the past. Just thinking of it now, I can feel the energy of the people, the passion of my competitors and the burning in my soul to do myself proud, my family and friends proud and my country proud. Feel the passion, Share the Passion, Be the Passion. You are now on this Olympic Journey with me….welcome aboard!!!