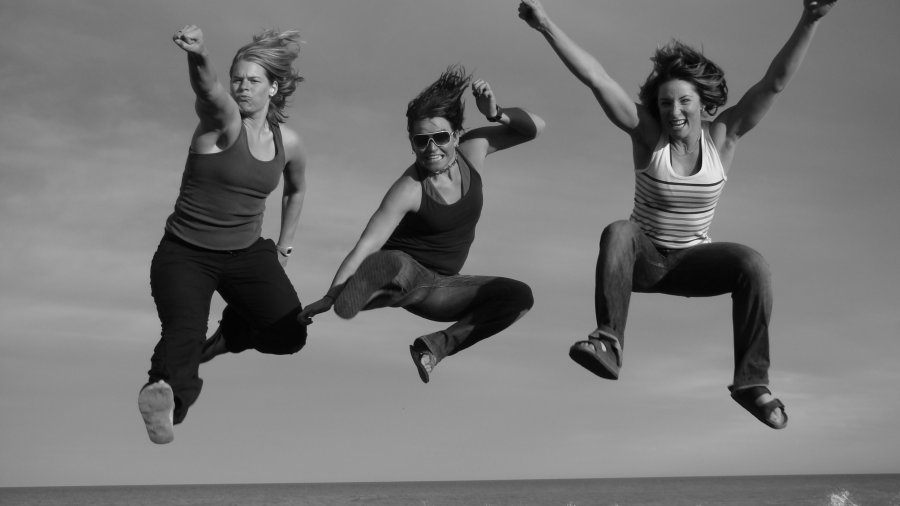 Now what is it that ski racers do in the summer months when there is no snow to be seen and the skis are waxed and put away to collect dust for the summer? Contrary to what most people think, summer is not all about beer, beach and barbeques, but about barbells, bikes and bruises.

This summer I wanted to find my inner “athlete” again and so I found myself back in Fernie, purchasing a new mountain bike and pushing my fear limits on the trails throughout the valley. I also enjoyed working out in the local gym and scaring the dickens out of everyone while enduring my two minute clean–squat interval. This was a great interlude for what was to come in Whistler where the team converged together for a ten day dryland camp.

Sometimes I find it a little hard to get up the motivation for the team dryland camps because I do enjoy my time away from the team and the comfort of my own home, but I was pleasantly surprised in Whistler. The program was adapted from spending 3.5hours in the gym in the mornings and again a 1.5hr session in the afternoon to intervals, jumps and agility outdoors and epic bike rides in the afternoons. After the first day I was slightly concerned that we were training for the strongman championship after a serious log rolling contest but it turns out that it is also productive training for a ski racer. The mountain biking has been a blast especially having our ski coaches out with us (Rob Boyd is still as crazy as ever!).

I have come to the conclusion that although many of us will deny it initially, we are all adrenaline seekers. Whether it is on the mountain bike flying downhill, or jumping off bridges, we all get such a kick out of it and it becomes quite apparent why we do what we do. After possibly the hardest bike ride of the summer we did team bungee jumping. Yup, that is right, my whole team jumped with flying colours off the bridge at Whistler Bungee with laughter, screams and pizzazz. I must admit though that by the time I went (last out of the bunch, had to switch cables…) my stomach was in my throat and I was doubting my bravado.

The thing that is crazy about my sport is the fact that I almost need to train to train, meaning that I need to get as fit as possible off the snow in order to maximize my on snow training. Due to the fact that we need to travel far and wide in the search of snow, when we get there it is extremely important to use the time efficiently and productively and thus the grueling hours in the gym.

Whistler is a really important time for our team. It is the last major dryland training block before we hit the slopes of New Zealand at the beginning of August. I have had almost four months off of snow already and it has been an excellent refueling period and now I am ready to hit the slopes again.

At this Whistler camp I have realized that we have an amazing group of athletic women who are fun, adventurous and all on the same journey to success. We have a blast together and complement each other in ways that make spending months on end together possible. I am so excited for this next year and what it will bring. It is going to be an experience of a lifetime and one I will never forget!

To follow Emily on her adventures this season, visit www.emilybrydon.com.