Before the Snow Flies 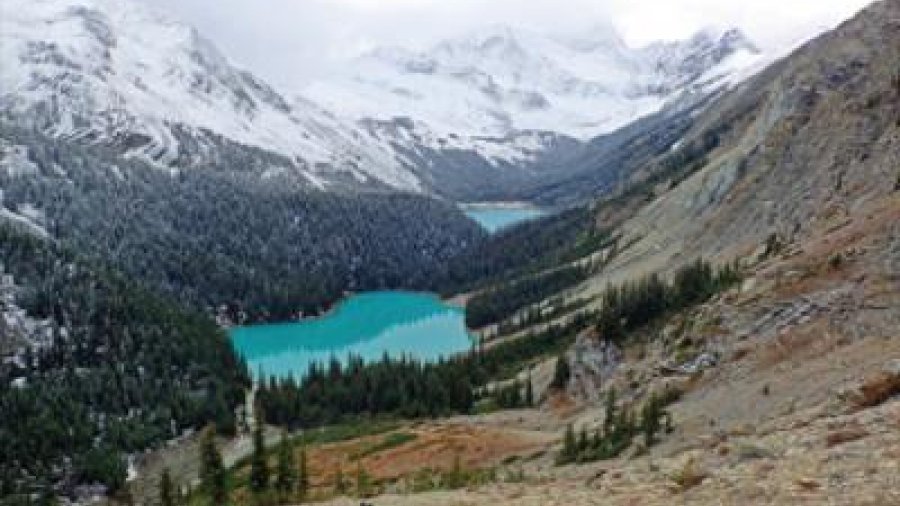 Sometimes there are far too many things to do.

With just a few short weeks left of fall and the snow slowly sneaking its way down the mountainsides, I find myself escaping to the wild more than once to get a hold of that last bit of summer. I’m not ready for winter parkas and Sorel boots just yet.

The need for autumn adventures first leads me on a 35-kilometre cross-country mountain bike trail called the Seven Summits in late September. I tag along with a keen crew from Fernie to Rossland one sunny Sunday prepared to tackle this technical bike ride.

The trail begins with an eight-kilometre ascent to the first of seven peaks. Finding myself in solitude, a bit of biking anxiety creeps over me.

After I catch up to my friend Sam, who consoles me in the forest as I blubber like a lost child, I collect myself and carry on. We sit atop the first ridge and look out over the pine-covered mountains before biking on through rocky outcrops, forest and meadows.

The hillside is fiery red as we cruise above Red Mountain and dust flies behind us. Several kilometres later we reach the last summit. I find myself wondering if this trail will ever end; we’ve ascended more than 1,100 feet and at this very moment I could lie down on the rocks and die.

We weave through golden fields on our descent as the sun begins to set. It is a glimmering, rocky hell and the vibration of my bike over every rock makes my entire body ache. As we near the end we find an old logging road and cruise to the bottom.

“I’m never doing this again,” says Brooklynn as we fall to the dirt, fatigue settling in. Two flat tires, no bad bails and a whole lot of rocks: all together a successful, painful and worthwhile adventure. We devour some delicious A&W burgers and then head back to Fernie.

Later still in early October my boyfriend Ben, his brother and myself take a drive to Coleman in the Crowsnest Pass in search of an old plane wreck. Biking on a muddy road we make our way seven kilometres up the North York Creek drainage in the Flathead Range towards its headwaters below Andy Good Peak.

People on ATVs tear by us and wish us luck on our bikes. We slip and slide around in the mud, struggling to make headway. “We didn’t think you’d make it up here before
sundown,” they tell us upon reaching them later.

Once in the basin we find the wreckage of a Royal Canadian Air Force DC-3 plane that collided with Mount Coulthard in 1946. It crash-landed below and all seven on board were killed. One of the wings, the tail and the plane engine can be found at the crash site.

After a well-deserved lunch and a fun, mucky downhill bike ride we’re back at the truck, another adventure complete.

As the temperature drops and November looms, Ben and I head out for one more hike, north up Bull River Rd. to a drainage called Tower Creek. We unload our bikes and pedal the six kilometres to a beautiful hanging valley where a waterfall streams down a cliff side.

We ascend a 300-foot scree slope adjacent to the waterfall, hopping between boulders and unstable rock. When we reach the valley we come across a lake and decide to climb to a higher elevation for a better view.

White snow blankets the surrounding forest like a sprinkling of icing sugar and when we reach the viewpoint our scene is nothing short of majestic—two aquamarine glacial lakes, towering ridges and a glacier on Mount Mike in the distance—it is hard to believe places like this still exist, virtually untouched.

The wind blows fresh-falling snow towards us and I can feel winter creeping its way closer. We make our way down, glad to have set foot in such a beautiful place.

Cozy in my toque, puffy vest and a pair of mittens, I begin to accept that the warm wind of summer has gone and in its place is the crisp, cold breath of winter.