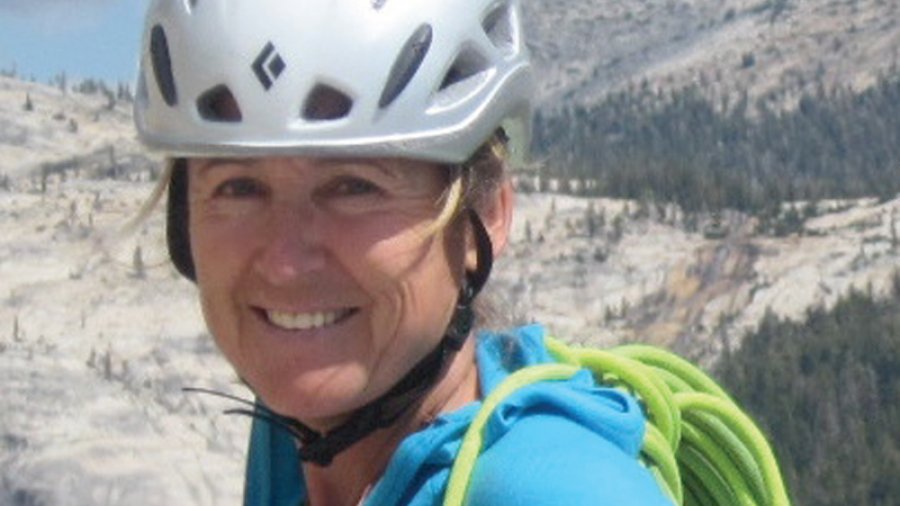 Sharon Wood reached the peak of Mount Everest on May 6, 1986, as part of a team of dedicated mountaineers. As she reached the peak she became the first North American woman to do so, and the team she was part of was also the first one to travel successfully up the west ridge and north face of Everest.

Wood, who grew up in Vancouver and completed her first technical climb up Sky Pilot, fell in love with ascending mountains at a young age. At seventeen years of age, Wood signed up for a three-week Outward Bound course, eventually leading her to work at an Outward Bound camp and connect with mentors and other like-minded climbers. Wood went on to climb countless mountains including Mt. Robson, Mt. Logan, Cassin Ridge on Mt. McKinley, and also became a certified alpine guide.

After returning from Everest, Wood slowly began to exist both within the climbing culture and the public speaking culture, addressing large crowds – sometimes thousands of audience members – to tell them about the adventure her team had just returned from. Public speaking was a scary experience at first, but she says that she enjoyed the challenge and that it taught her many new things about herself.

Living in Canmore today, Wood remains a highly regarded public speaker, but also still selects guiding work that appeals to her, allowing her to stay involved in two different but overlapping worlds.

When did you realize you could be a mountaineer?
There were a few moments but one of them was extracting myself out of a crevasse that I fell into when I was about 19 years old. And unfortunately I fell into there with a few students at the same time. It was a mistake, but I really enjoyed the problem solving. Another moment for me as a mountaineer, to realize that I might go to high altitude, was when I climbed Mt. Denali. We did it alpine-style and got caught in a storm at 19,000 feet, a very severe windstorm that decimated all the camps up at that altitude. We survived it and came off the mountain, and I went ‘Huh! I think I can do that again.’

Can you tell me about the point in your career when you stepped back from climbing?
I was hit [by falling rocks] twice. I was hit in Peru in 1985 and broke my shoulder. We had quite an epic climb, and we kept climbing for another five days before we got off the mountain. I came out of that saying, well I guess I’m ready for something big and something hard, and I was preparing for Everest at that time. It was only after Everest. Everest was a big epic in the final days, really big epic. That’s when I started stepping back from alpine climbing.

I went back to Peru and did one of my dream climbs. I got hit again by a rock, and that time I went, ‘I don’t like this anymore.’ I kind of hit a wall, got to the edge and had a good look, and decided I liked what I saw and didn’t need to see more. It coincided with a lot of things. That’s when I started a family, I was married, and public speaking became a more workable career for me than guiding.

After you returned to Canada from Everest, did it ever bother you that a lot of media attention was focused on the fact that you were a woman as opposed to just being a member of the team?
I didn’t mind the focus, but what I did mind was that it was extremely uncomfortable because it was so clearly a team effort that got us to the top. There were so many sacrifices by everyone on the team and huge contributions, yet our culture or our media had their story already written and had one person they wanted to shine the light on. So I made it my mission, I guess you could say, that my presentations would be all about teamwork and what an incredible noble and talented and strong team we had.

What was it like when you began your public speaking career?
Absolutely terrifying. And very, very stressful. Because I felt like a very different person when I stood on stage than when I was offstage for a while. I would say it took me about ten years to bring those people together, to feel like one and to be myself, and to be comfortable in my own skin when I was at the podium. It was a huge experience in personal growth and development. To go from this place of being very self-conscious to realizing it’s not just about me. I am conveying and telling this story about a remarkable group of people, and this is more about the story, so that was a real revelation for me.