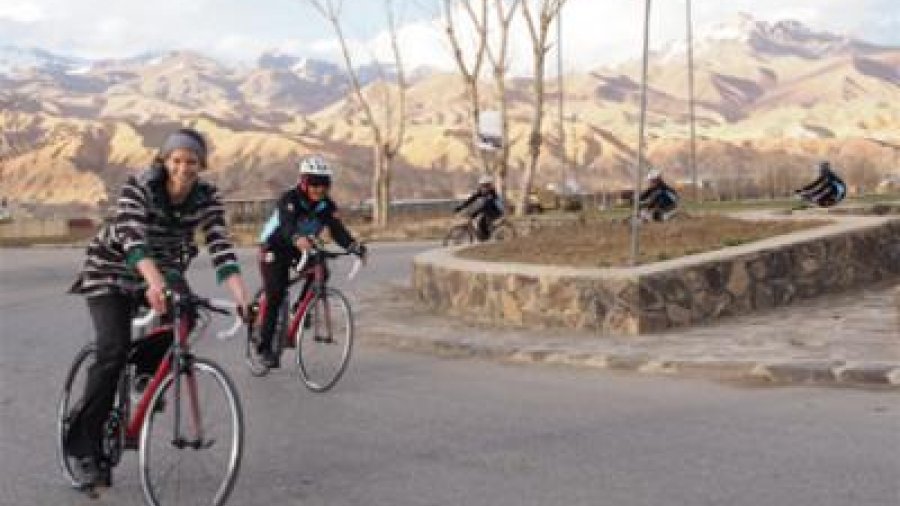 Living at the feet of big mountains means that skiing, snowboarding, and biking are unquestionably part of Fernie life. Lots of people here couldn’t imagine what it would be like without those activities that represent a major part of mountain culture. A lot of family bonding time and friendships form through going for a ride or a killer powder day. Being told you were no longer allowed to strap your skis on or go for a bike ride would probably result in some pretty angry Fernie folks.

Shannon Galpin lives in Breckenridge, Colorado, a mountain town the same size as Fernie with a similar vibe. Shannon is an activist, author, humanitarian and National Geographic Adventurer who has used the attachment people feel to their mountain towns to connect communities in the western world with those in Afghanistan, bringing attention to women’s rights issues.

In addition to founding non-profit Mountain2Mountain and working on a variety of projects, in 2009 Shannon became the first woman to mountain bike in Afghanistan, a country where it is both culturally prohibited and very dangerous for women to ride bikes. Women biking along the side of a road in Afghanistan can face death threats and harassment. She is currently working on normalizing biking there and supporting the Afghan Women’s Cycling Team, including bringing 350 pounds of donated cycling gear and six racing bikes across the world to them.

Reached by phone in Colorado, Shannon explains that when she talks to people at home about why they should care about the women of Afghanistan, she tries to bring it back to the random chance that dictates where people are born. “I look at those women in Afghanistan and that could easily be me – and my daughter. It’s really just a matter of geography and the fact that I happened to be born through absolutely no control of my own, in America.” Explaining it to her daughter and her friends who are nine and ten years old requires getting them to imagine what their life would be like if they couldn’t do their day to day things; walking to school, biking, and dreaming of working with snow leopards.

One of the most exciting things Shannon has seen is that women outside of the national team are teaching each other to bike and are standing up for themselves, no small feat in a country that consistently ranks as one of the worst places in the world to be a woman. She explains that she eventually wants to use the bike as an empowerment tool not only in conflict zones in other countries, but urban conflict zones in the US. “Girls that I have met with and talked with in Southside Chicago are dealing with a lot of the same issues that girls do in Kabul.”

Six years in, with a book (Mountain to Mountain) under her belt and a documentary about the Afghan Women’s team in the works, Shannon still feels she has to work hard to bring her non-profit over the hump to financial sustainability. Despite her successes, there are always challenges working in a conflict zone, but Shannon takes them in stride. “There’s always a curveball in Afghanistan – every single day there’s another curveball.”

Consistent trips and the constant work of running a non-profit brings the challenge of finding balance, something that many people in mountain communities and elsewhere may struggle with when pursuing things they are really passionate about. She says that she recently realized that although her work in Afghanistan is extremely important, she also needs to find time to mountain bike, focus on friendships, and enjoy time with her daughter. “The more you do the more you want to do.”