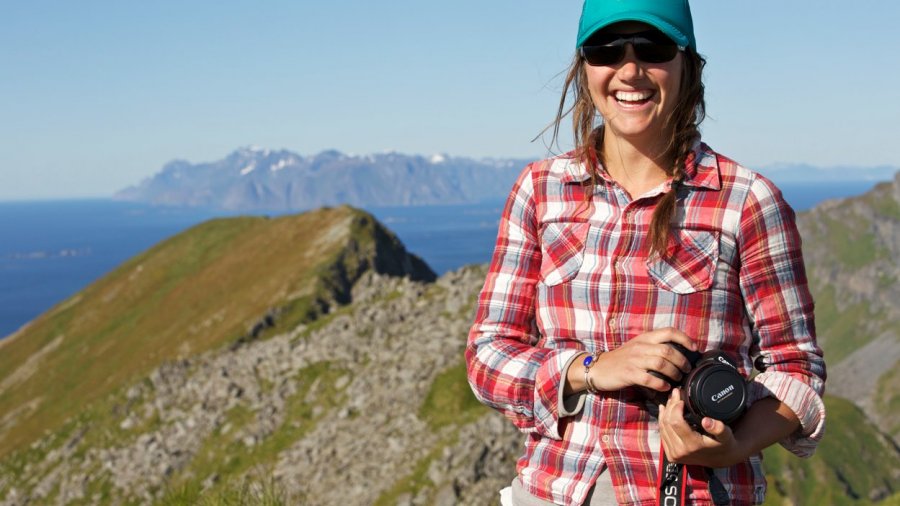 Seattle-based filmmaker Sarah Menzies is a testament to the positive outcome that a combination of hard work and risk-taking can produce. Sarah took a leap of faith in 2010 when she quit her job working in the environmental non-profit sector to become a freelance videographer. She had previously studied broadcasting, and on a trip to the Gulf oil spill to represent the non-profit she was working for, Sarah found herself thinking that if she had her camera with her she would have been able to really tell the story on a very human, visceral level. Soon after she quit her job and launched herself into the world of independent filmmaking. Sarah says that the change was overwhelming at times, and the challenges caused her to often second-guess her decision in the first few years.

Her perseverance and talent have clearly paid off. She founded the production company Let Media in 2012, based on environmental issues, social justice and engagement. She has made a range of beautiful short films for clients including MSR, Platypus water treatment, and “The Insider’s Guide to Whistler”. Sarah is currently working with a previous feature of this column, Shannon Galpin, on a feature length documentary titled “Afghan Cycles,” about the brave women who ride on the Women’s National Cycling Team of Afghanistan. Sarah spoke from her office in Seattle about her career and inspiring current project.

What was the experience of switching careers like?
I had a really amazing group of friends and colleagues that kind of helped show me the way. I think in a lot of ways that first year, not that it was easy-it was incredibly hard-but it felt easy because of the kind of community that I landed in. I had a lot of people imparting amazing wisdom. I got to meet so many incredibly amazing people that year and I feel lucky that things moved quickly I guess.

Did you ever second guess that decision during the first few years?
Oh my god, every single day! [laughs]. I think even still I have those days when I question what I’m doing. I mean I make the joke to people that I took the leap into the freelance/independent filmmaking world and I still feel like I’m midair hoping that there is water at the bottom. I guess I feel like that all the time because it’s definitely an energy source for me, and I’m constantly questioning things. And I think that the reason I got into this was to get away from the 9-5 job and I wanted every day to feel different. I think even on the days when I’m terrified and wondering what I’m doing, I think it pushes me in a way that I haven’t felt in other jobs before.

What was the planning process like for the trips to Afghanistan with Shannon Galpin to shoot “Afghan Cycles?”
I think that first trip we were definitely in over our heads. We did a short Kickstarter just to get enough funding to get us there and pay for our in-country expenses, which was super bare bones. I’m glad we had that first trip because it introduced us to a couple of our main characters and also really exposed me to the complexities of that country. It also just prepared me for the depths that this story could really go. As far as planning this thing out it was weekly talks with the crew, getting everything sorted, having security talks, all that stuff.

What has been the most technically challenging footage that you have shot?
I think that “Afghan Cycles” has probably been the most technically challenging shoot, even just in terms of gear. That first trip we were just using a shoulder rig, I guess because that is kind of how I had seen people do it. I really didn’t know what to expect. I knew that we weren’t going to be able to set up any sort of jibs, I knew that even bringing little drones probably wouldn’t be smart, at least not at the first trip-they could get shot down. I kept trying to think, ‘how can we get a really smooth shot of these girls?’ On that first trip I really missed the mark. I think that footage will be really useful when we are talking about the struggle or early days, like that bumpy handheld stuff will serve a purpose. We started pushing it on the tech side so that we could get these cinematic shots people never see in the news when they are reporting on the conflict zones. I think that of course we needed to capture the beauty and essence that is pouring out of this country.

Have there ever been times that you have had to say no to a project because it felt like it didn’t fit with your values?
I think just because of who I have aligned myself with, it’s rare that I will have someone come totally out of left field where I don’t believe in what they’re doing. But yeah, there have been times where if I question it a little bit, I’ll talk to colleagues or kind of bounce ideas off of someone. I guess I have said no things that fundamentally don’t feel right, or just feel too much like a sell-out, or don’t feel authentic to me. What I’m really trying to build with Let Media is an authentic way to tell stories, and that can still be commercial, but it still needs to feel like it's connecting in a way that’s real.