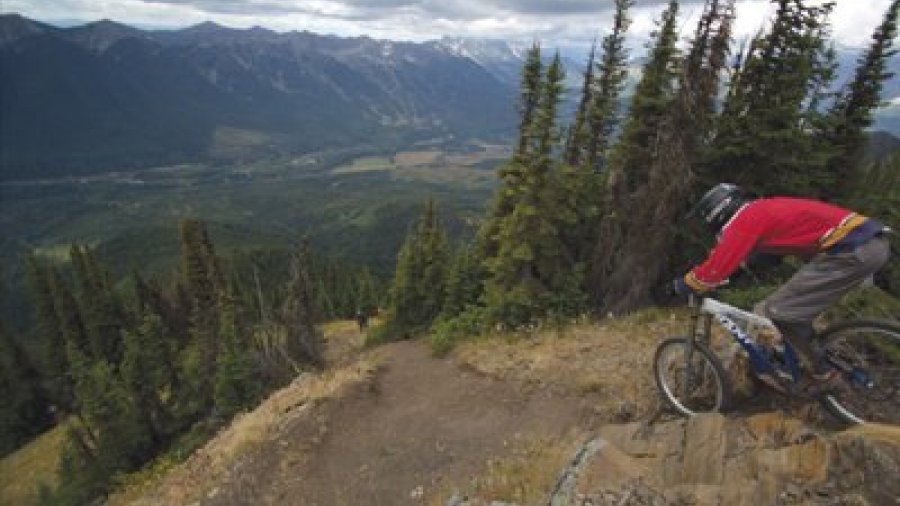 Despite the weather taking a slight nosedive, October did not disappoint in ensuring an action packed sporting calendar. Covering a range of events, it just goes to show how dedicated Fernie is at making the most of every last bit of blue sky. Or just donning a wetsuit and battling the elements regardless.

Possibly the wettest weekend of late coincided with the annual High Roller bike race. A big day of riding some of Fernie’s finest and biggest trails, collecting stamps along the way, and rewarding riders with a poker hand, Fernie Brewing Co. beer and dinner at the Royal afterwards. A fun day to round off a great bike season for many and the start of slick and snowy inter-season biking for others!

Another classic bike race was the Dirt Diggler. It may not be every biker’s dream, but for many, it’s the most exciting race on the bike calendar, with 3,500 vertical feet over six and a half kilometers, taking riders from the top of Morrissey Ridge to River Road in Cokato, in but a blink of an eye. Now in its eighth year, this technical and steep course sees many returning racers, with close to 40 “dropping in” this year, along with a new course record by Nick Quinn.

Switching out full-face helmets for compression socks, October also saw the annual Fernie Half Marathon and Relay, on Sunday October 6. A popular and ever-growing race with locals and out of towners, utilizing Fernie’s fast feet friendly City trail network, battling up Burma, out to the Golf Course, round to Coal Creek and home via a loop of James White. New to 2013 was a 10km sprint course which saw 77 entrants, with the half enticing 172 soloists and 33 teams toeing the line. Equating to 399 racers this year, the most yet, it’s a fun race with great prizes and competition. A few highlights were Luc Tremblay winning the half in 1:25:05 with almost a two minute lead over Chris Beskid, with the top five guys fighting it out within three minutes of each other. In the 10km, Leslie Prentice stormed to victory in a time of 42:35, taking first place overall. The ½ team went to team AK47 & The Bullets from Sparwood in a time of 1:39:59, with the first women’s team being Aries Ram from Fernie in a time of 1:46:35. With proceeds going to support local children’s programming in the community including Friends of the Fernie Heritage Library, it’s a great race with fantastic on-course support.

On the same weekend, Fernie’s tennis scene took to the James White courts, for the Fernie Tennis Communities Annual Tournament. As Sara McFarlane, Social Tennis Coordinator says of the increasingly popular event, “there was no shortage of sunshine, with some competitive games and close scores.” Rob Oleksiuk and Lisa Holst won the mixed doubles, with Sara McFarlane and Lisa Holst winning the ladies doubles. Fernie’s Tennis Club is a not for profit organization dedicated to the promotion of the tennis community and a variety tennis events in Fernie – lessons, events and a growing tennis scene, as well as the popular Junior Night hosted running throughout the summer months 4-6pm.

One sport that thankfully isn’t going anywhere for a while is hockey. And The Fernie Ghostriders are getting ramped up for another strong year in the Kootenay International Junior Hockey League. With regular season kicking off back in early September, the Fernie crowds haven’t wasted any time in flocking to support the popular young Ghostrider team. With a busy season ahead of them, the Ghostriders are again hoping for victory, currently sitting in fourth place, but with the top four teams being separated by only a point and a long season to go.

If you’re new to town and haven’t experienced a Ghostrider game yet, you should. You’ll be immediately hooked by the excitement, high energy crowds, beer garden, entertaining chants and if you’re new to hockey altogether, the game itself. Welcome to November in Fernie!