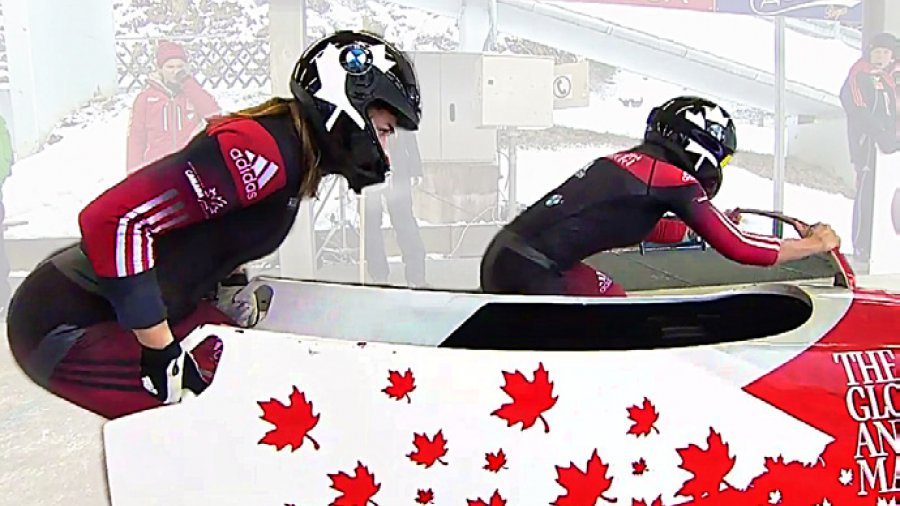 One thing I have always wondered about when watching the Winter Olympics is how some young people end up becoming high-performance athletes in sports like bobsleigh and biathalon, sports that are exciting and unusual but certainly not imprinted on our national consciousness the way hockey and skiing are. Seldom heard at elementary school was a classmate talking about after-school luge practice.

Melissa Lotholz grew up on a family farm in Barrhead, Alberta. In 2011, while participating in track and field, she began to get involved in bobsleigh after a teammate tried the sport. After she went to a recruitment camp in 2013, she moved to Calgary, went to a national training camp, and got to push Olympic champion Kaillie Humphries. As a national bobsleigh team member, Melissa balances months of training and competing with summer and spring classes at the University of Alberta, and explains that the great opportunities and experiences have also brought with them the challenge of feeling like the new kid after her recent move to Calgary.

Do you have a favourite part of Canada or the world that you have competed in?
I actually think the most fun country to compete in is Germany. Bobsled started in Switzerland, but I think the heart of it is more a German sport. It’s really a big thing over there. Amateur sport in North America is really not as big of a deal. You don’t see your bobsledding, your different skiing events, whereas in Europe it’s a big thing and it’s broadcast a lot more.

Have you had any challenges in your career so far?
I’ve had minor and injuries and stuff, but I haven’t been doing bobsleigh too long, I only switched to the sport a year ago. But within that year there have been quite a few challenges, and I think the one that’s been the hardest has been not within the sport itself, but within the transition into something new, and the social aspect.
I moved to Calgary, away from my community in Edmonton and all of a sudden have to find a new social network and social support group, so just going through that. You pick up from Calgary and go on tour, and then I’m the new girl again so having to again find community, find social support, in a high-performance environment where you’re not really there to socialize, you’re there to perform. That can sometimes be hard. And as much
as we are all athletes, apart from being athletes sometimes we are very different people.

Are there any lessons learned in bobsleigh that you apply to the rest of your life?
Honestly, there’s so many. Being an athlete, there are so many things in life that have taught me about sport, and so many things in sport that have taught me about life, and it’s shaped me as a person and so it goes back and forth. Realizing what I can and can’t control, and focusing on what I can control. Things like how to communicate with people, and how and when you need to, to dial in and get the job done, and worry about the other stuff later.