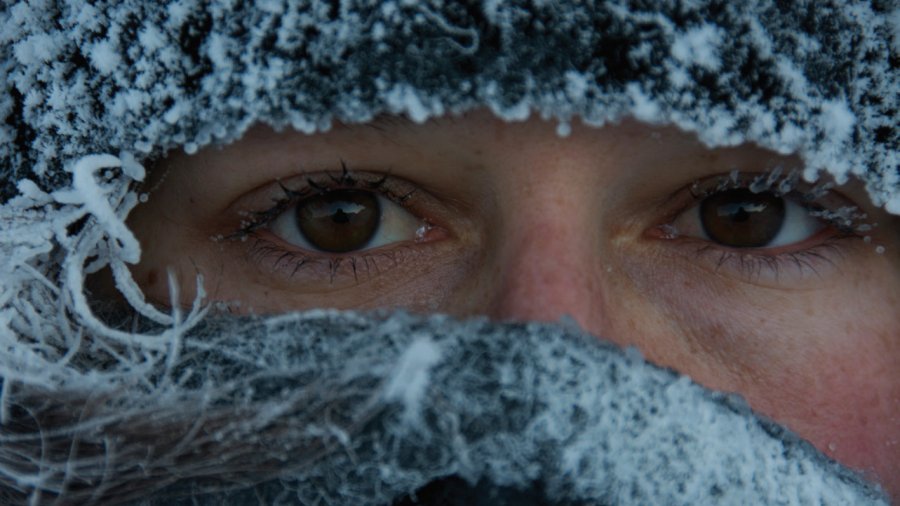 Stepping out the door of my cabin at the end of the road on Vancouver Island, a 30-minute drive and a 25-minute ferry ride takes me to the shores of beautiful Cormorant Island. The tiny island’s population is centred in Alert Bay, the present home of many of the ‘Namgis First Nation, part of the Kwakwaka'wakw people. I have been lucky to meet many people in Alert Bay this summer and have been moved by how close and inviting they are, and by the rich culture of the ‘Namgis.

A few months ago on a trip to Vancouver, I visited the Bill Reid Gallery to see an exhibit on Kwakwaka’wakw artists, and was intrigued by the biography of one artist who had created some tiny, woven baskets.

Meghann O’Brien, of Irish, Haida and Kwakwaka’wakw lineage, lived in Alert Bay until she was 12, and had a very successful career as a professional snowboarder before slowly transitioning into weaving and learning more about her culture. She is now based in Prince Rupert and is a full-time artist. The idea of transitioning out of one area – especially one that has brought success – and into another can be a scary thing, but it is clear Meghann O’Brien has been graceful in doing so.

Did you feel or were you affected by pressure when you were snowboarding at such an elite level? Is there any pressure now for you as an artist?
I always felt a pressure from “the industry” to be a particular way. Snowboarding really pushes a bubbly, kind of flamboyant party personality as super marketable, and rail riding and contests were pushed on me for a while too. Sponsors seem to always be pushing you to do what they want you to do, to perform; it’s this really superficial valuing of what a person has to offer. With the weaving, I did sense at the start that there’s this pressure to fit into what is marketable in that area, too. I’ve learned to just stand strong in who I am and let circumstance fall where it may around me. I really see value in who and what each individual person is, and we shouldn’t be as influenced by marketing as we are. It amazes me how effective it is, and how much money is generated by it. I think it’s really sad. When we get grounded in ourselves it’s a lot harder for companies to sell you stuff, and I’ve enjoyed expressing myself in the context of my culture and the art we created.

Alert Bay is full of a lot of very talented artists. Were you around a lot of art growing up there?
Yes. And commercial fishing with my dad kept me connected to the people and place after we moved away, too. We were also always travelling as kids. My dad took us up in the mountains every weekend from the time I was maybe four, to go skiing. I’m always amazed now when I think back on that, as an adult, and see how much my dad gave to us of his time and energy. The community is really supportive, and that support has meant a lot to me as I became interested in our culture at an older age.

How do you feel in the mountains and how do they influence your weaving
I feel super rich when I’m in the mountains. I spend less time than before in them, but up here, the mountains are super powerful places. I don’t know what it is that’s different up here but it is. Mountains connect me to one of my source materials that we traditionally used on the coast, which was mountain goat wool. When working with that, I can feel their environment, where they live, and it’s so beautiful. That fiber, that material, it is sacred. Mountains are sacred places where we would go to purify and pray. Mountains used to just be like a stage to me, somewhere to perform and gain recognition or to have fun, but they have so much more meaning now for me. Huge respect. And snowboarding is such an amazing tool to be in them, I love it. I love what I’ve found through this whole journey.