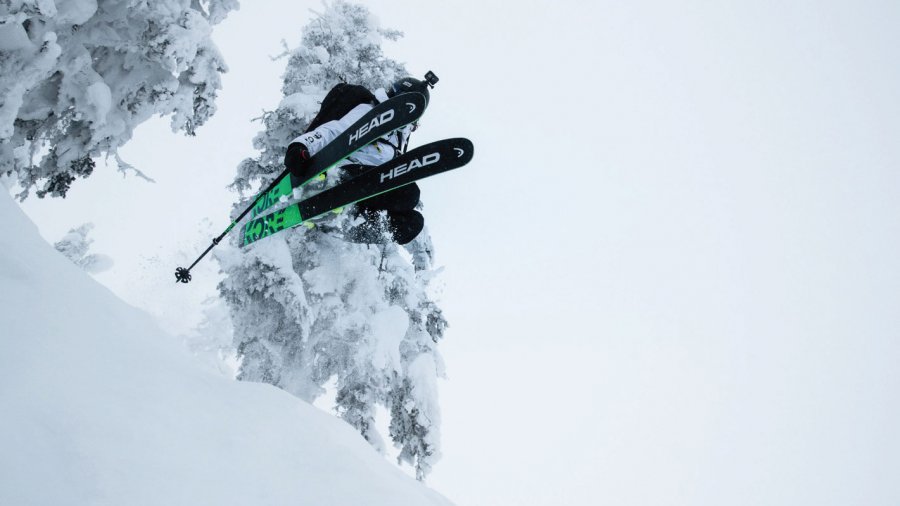 Jess Hotter grew up in Ohakune, a small mountain town in North Island of New Zealand. Her development as a skier started off with her first day at the local ski hill Tukino and over high school she grew her skills further at Turoa Ski Field in the race team and into the park. It took her a few winters to put up the courage to enter competitively, but at 22, Jess entered her first competition after a little encouragement from a friend.

“I spent the 2015/2016 winter season working in Japan. I rode with three Americans for a week one of which was an ex-freeride coach. He suggested I give competing a go which was something that was always on my mind but it seemed so overwhelming with work, leave, logistics and nerves. The 2016 winter I entered my first competition at The Remarkables in New Zealand, the 2* and 4*.”

The Freeride World Tour is an international competition hosted at five locations around the world. It sees some of the biggest names battling Extreme Big Mountain terrain in hopes of being crowned World Champion. Committing lines, 30 foot cliffs, tricks are standard.

“After that first competition I thought maybe I should keep doing this and give it a go after placing third. I liked the vibe and people in the competitions, everyone was really lovely. I am quite a competitive person too but this was different. It was a competition against myself, not against other people.

“I would’ve started competing earlier if I did it again. For anybody that is unsure if they want to do something, just go and do it. There is no point waiting around. I um’d and ah’d about it for years and you just need to go and do it, no matter how old you might be.”

Her results improved over two years of competing and in the 2018/2019 winter, Jess spent the season in Europe riding against the freeride heavyweights and getting the royal flush – three first places in freeride competitions in the European syndicate, automatically qualifying her for The Tour.

Having a spot on the tour speaks volume on your skills and ability. Your technique in all snow conditions is dialed down, balance and control in the air is perfected, and you have fluidity and speed in your riding – all things the judges critique your line on.

Like many who pursue skiing as a die-hard passion, being able to finance your passion into a career is a careful balance between working hard in the off season and frugal budgeting during the winter months. This year the Freeride World Tour has followed the growing trend between sporting competitions announcing equal prize money between female and male competitors.

All of the hard work, time and money put into transforming her passion into a career has paid off. Jess placed 6th place in Hakuba in January and rode an incredible line to win the Canada leg in Kicking Horse in early February. The next stop is Europe for the last three legs so we wish Jess the best of luck!