FOMO (Fear Of Missing Out) 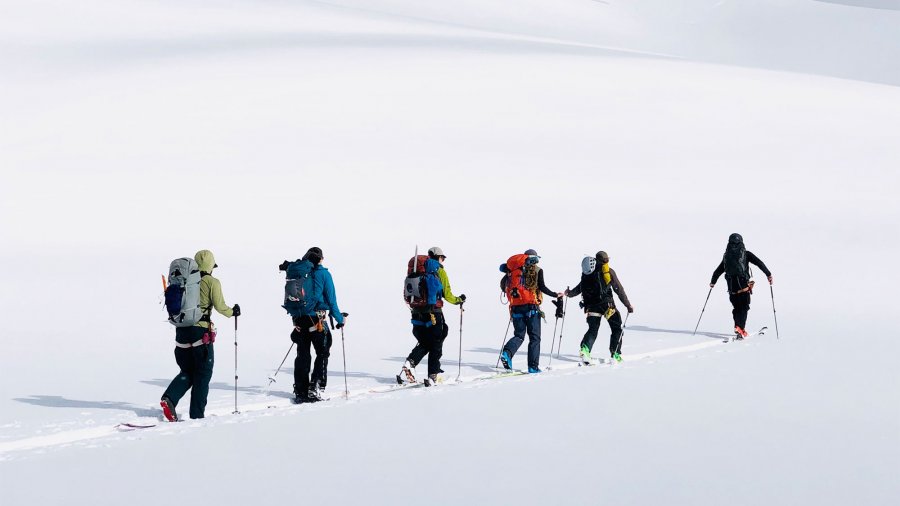 Fear. It is a bit of a weird one. It comes along and sneaks up and hits you when you really don’t want it to. Fear is our neurological response to certain environmental or thought-provoking exposures that wants to pump us with adrenalin to ‘fight’ or ‘flight’ a given situation. What if, instead, we do not put ourselves into that situation in the first place?

With the ski season coming up I started thinking about all of the adventurous back country days last season. It was epic. I completed my AST2 with Mountain Addicts (totally worth it and highly recommend!). In avalanche training we are given the tools and frameworks needed to make good decisions, and when to turn around. After the course I got talking to Corin, our ski guide, and he introduced me to a Mountaineering Course at Icefall Lodge in the heart of the Rockies. So, off I went.

The course was incredible. I learned everything I wished and hoped for. It was our final day and the final objective was to get up and down Icefall Peak, a 10,482ft monster that has only been skied a handful of times, the first on this course and we were going to be the second course to do so.

At this point we had been skiing for six days straight, I had triggered two avalanches, almost got caught in two others, jumped into crevasses, navigated
a complete white out and skied down the ‘Wild West’ - a glacier falling off a mountain. It was an intense time and my body and gear were starting to tell me to take it easy.

The night before Icefall Peak, we were preparing ourselves for one last final push. Gear is easy, just pack it into a bag and off you go. Your mind though, that is something that needs training, experience, and exposure to develop confidence and skills. It isn’t something that can be prepared overnight. It was at this point the nerves and doubt started kicking in. I didn’t have the confidence in my worn gear and tired body.

When we woke up I had this immediate feeling my head wasn’t in the game and I felt… off. At the time I couldn’t relate to it but most recently we’ve seen something similar happen in the Olympics when Simone Biles pulled herself out of the all-around event in gymnastics due to mental health concerns. Her team noticed something wasn’t quite right and Simone took control and made the bold decision to pull the pin. When you aren’t in the zone you are in greater danger of making mistakes, and mistakes can be fatal.

At any point up Icefall there are opportunities for mistakes to be made; it is a high consequence environment. Glaciers, avalanches, falling ice. We set off in the morning and I tried to muster the courage, hide the feelings inside and harden up.

An hour into the ascent. Crack. “Right. Everyone move right.”

A chunk of ice split from the glacier above and came tumbling down about fifty metres away. Immediately there was a wave of snow charging down the slope and we mustered to get to a high point and avoid the danger.

At this point, the six day adrenaline bender was starting to take a toll, my mind was hurting from consistently being out of my comfort zone.

There was fresh snow on the ground though. The sky was quiet and blue. The conditions were perfect and everyone still wanted to keep going and push for the summit.

Ski patrol Stu turned around first. He had a family at home to get back to. I mustered the courage and started moving forward, but I still had this feeling, this doubt in my mind, that even though this would’ve been the greatest objective of the trip, I wouldn’t enjoy a second of it.

There was so much going through my head. “Just go, you’re here already. It’ll be sick. The bragging rights!”

I pulled the pin.

And it felt amazing. Euphoric! Goodbye to all of the stress, worries and micro decisions that would need to be made. We had one of the most memorable skis back to the hut. 8am twilight hour sunrise powder ski. Bliss. The framework was telling me to go home, and I listened. No one tells you how good it can feel, even if you are disappointed you didn’t get to where you wanted to go.

Lately there are many incredible stories of first descents, first climbs, athletes pushing the boundaries. No one is perfect. We pressure ourselves to portray this image to our friends and followers that adventuring is all glam. But it’s not. We are fearful of the things we do, and even more fearful of backtracking on objectives. We fail, and sometimes fail hard. I wouldn’t take this experience as a failure. I was scared. It was a learning curve. Turning around and saying ‘maybe another day’ is worth practicing more than we think, and talking about it. There’s a certain respect to backing away from an objective, it shows courage and the ability to make smart decisions.

I’m in this sport for the long haul, not the quick bragging rights.

If you are heading into the back country this winter, complete an avalanche course and always carry the appropriate gear, have a trip plan and let someone know where you’re going. You can create your trip plan online at ferniesar.ca/trip-plan.