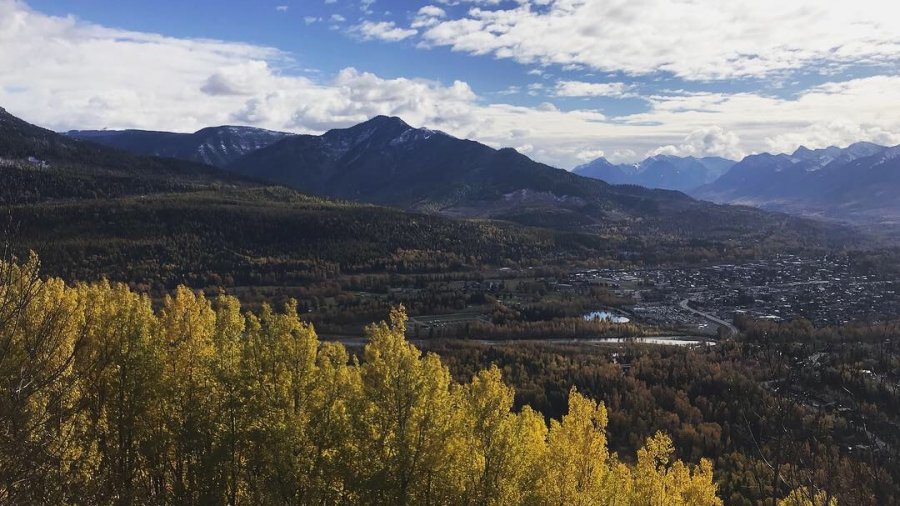 On May 27, 2019 the Fernie Trails Alliance (FTA) announced that a re-route is in the works for one of Fernie's popular trails, Swine Flu.

Located on Mount Proctor, this trail was built by a passionate local trail rider who added onto trails already built below the powerline to reach a beautiful viewpoint, and created a descent that was the first of its kind in Fernie, BC. Named Swine Flu, as its access was through a cattle grazing pasture held by long-time Fernie resident Terry Polacik, the trail quickly became a favourite among trail riders, runners and hikers. As mountain biking has grown significantly within our community and beyond, Polacik began to see negative impacts on both his land tenure as well as on his cattle. Over the last few weeks, Polacik, the FTA and Crown representative, Lisa Cox have been working together to find a solution that works for all parties, and the result is a new climbing route avoiding the grazing tenure, mitigating future negative effects while still offering trail users access to one of Fernie’s iconic trails - Swine Flu.

This new route has already been scouted and will be in line with how Swine Flu was originally designed, meeting up with the climb just above the power line. The cattle guard will be removed from the current location this Wednesday May 29, 2019 and all trails from this access reclaimed (Mad Cow and Swine Flu climbs).

Because the new climbing route is still underway, Swine Flu will be inaccessible from Wednesday May 29, 2019 until further notice (with anticipation and hope that this should be a very short closure). The FTA, its Trail Maintenance and Construction Committee, and numerous volunteers have been working hard to ensure that the new route is completed quickly and is done well. Please respect all notices regarding closures, and soon a new and exciting trail will be available allowing access to the popular Swine Flu descent.

The FTA would like to thank Terry Polacik, Lisa Cox of the Crown and all of the amazing volunteers for working with them on this solution. They are also very appreciative of the understanding and positivity of Fernie’s trail users.