Fernie Museum - The Power of Powder with Dave O'Haire 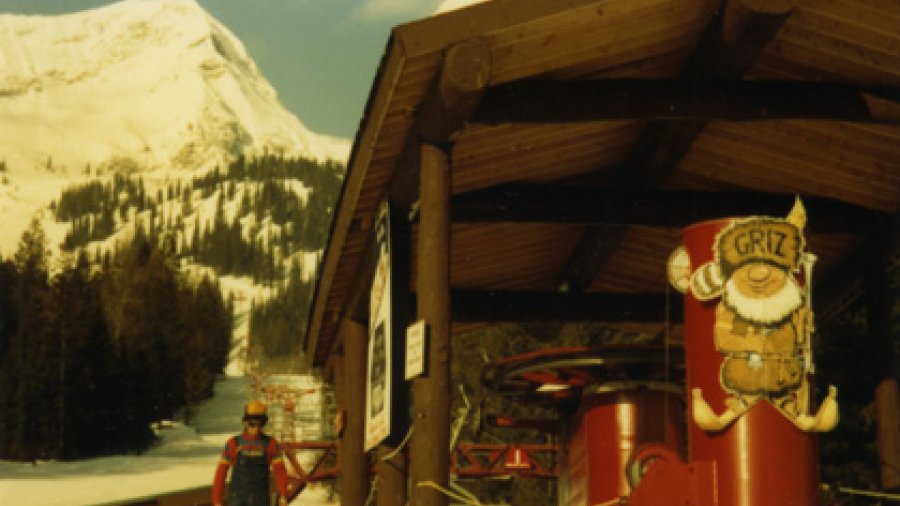 As we delve deeper into Fernie’s 50th season of lift access skiing, and the Fernie Museum continues its work on a new exhibit (The Power of Powder) to celebrate this accomplishment, we decided to collaborate and highlight some of the characters, friendships and stories that have arisen through an inherent addiction to deep pow.

Board member Dave O’Hare stepped up to the plate, which I felt was appropriate seeing as he truly is Fernie’s first ski bum. Why do I say this? Because while many came to Fernie for a job with skiing as a great incentive, Dave came for skiing and specifically told employers that he wouldn’t show up once the snow flew.

I was surprised to learn Dave was from New Brunswick, but quickly learned how his addiction formed. His parents lived on an acreage near Chathum, which was where the air force was located. The cold war having recently ended, many veterans were returning after having spent time in Austria, Germany and Switzerland. The Major of the air force was interested in building a ski hill to continue a passion they discovered while abroad. Knowing Dave’s parents were in the industry of machinery, he landed his massive helicopter on their acreage asking for use of their equipment. Dave’s dad said he could use it for free, if he took his kids. “I experienced heli-skiing before it existed,” remembers Dave. Their family became the only civilian members of the ski club, and by the age of 16 Dave could run the place. He decided then to follow the snow.

First up was Vorlage in Quebec, but when Dave’s parents re-located to Montana he was drawn west. He worked at West Castle (Castle Mountain) as a groomer, T-bar operator and voli patrol, and in the spring of 1969 Dave took a trip to Fernie in the spring of 1969 and knew he needed to come back to see if he could get a job… to ski.

What has it been like watching the ski hill evolve? Like watching something go where it’s supposed to. You can’t take Fernie’s industry out of the equation - it has saved the hill from becoming a Vail or Aspen.

What is the biggest difference? Back then we skied the natural lay of the land. You could consider yourselves travelling. And at the end of the day the whole mountain would end up in the Daylodge Bar – but then it was 14-16 people and you knew every one of them.

Favourite run then and now. In those days because the terrain wasn’t flat when you came down Bear Ridge it was probably two cats wide with a big gully. That was the run. I guess I still like that run – it’s all vertical fall line.

What are your thoughts on the changes in our ski season? We have the same snow, the records show it. In the early years with no groomers, we were just flailing around because the snow was so deep.

Biggest ‘dump’ memories. We would be in the lift line at the Bear T-Bar with patrol and ski instructors. First the patrol would try to get up the lift, but the snow was too deep so they would only make it to the third pole. Then the instructors, and they would make it to the next. We had to take turns riding up as far as we could to build a trench, and it would take an hour.

Old side or new side. Old side, but I haven’t been over to the new side much. I only get out once or twice a year these days. It’s too hard on the knees.

The Power of Powder exhibit opening date is tentatively set for the third week in January. For more information on the Fernie Museum and the upcoming exhibit, please visit www.ferniemuseum.com.