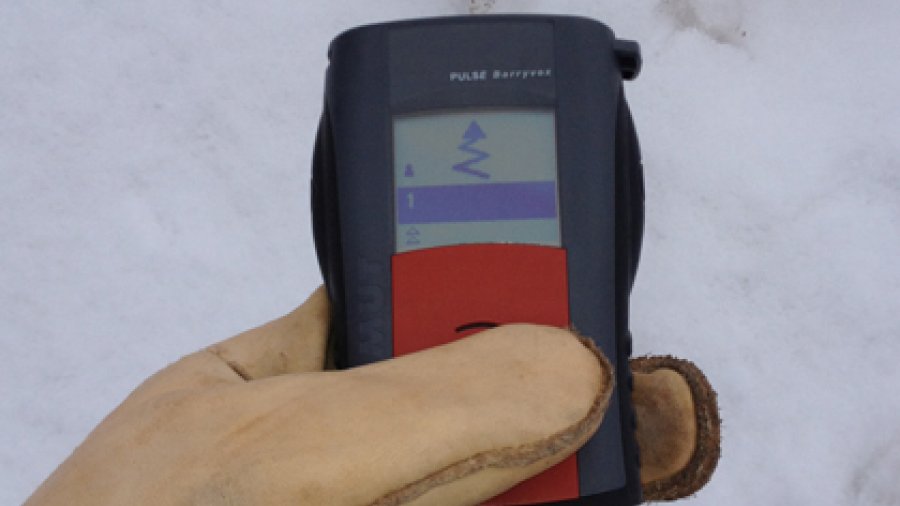 So far, 2013 has offered some amazing outdoor winter fun. Sledders, skiers, and snow riders of all sorts have been flocking to the region to enjoy our snowy playground. If you are in the snow, be in the know. Snow and avalanche safety is paramount for any winter travel into or near avalanche terrain.

Snowpack Summary
As always, the local snowpack continues to grow and change. The early season riding conditions in the valley have been some of the best in recent memory. Late December saw almost 200 cm of snowfall over an eight-day period. The air temperatures remained low, and winds calm throughout that storm yielding extremely light, and fluffy, “blower” powder. It was common to see snow densities as low as 53 Kg/m3, very light for the Elk Valley. In early January, strong to extreme ridge top winds redistributed that light snow to form large weak cornices, and wind slabs on lee slopes. Slopes that face northeast to southeast saw the majority of the wind loading, however there were several short periods in which reverse or opposite loading occurred on slopes that face northwest to southwest.

On January 9, a thaw occurred up to 1500m, which triggered widespread natural avalanches, and left behind weak, rain soaked snow at below tree line elevations. Following the thaw, a localized melt-freeze crust developed in the same area. Recent smaller storms have created isolated storm snow instabilities. These instabilities can surprise even experienced mountain travellers. Know the terrain you are in, and know what is lingering beneath the snow.

The avalanche hazard has been changing by the day. There are now several avalanche problems, and weak layers to be concerned with. Stay up to date by reading the Public Avalanche Bulletin issued daily by the Canadian Avalanche Centre for the Elk Valley at www.avalanche.ca.

Avalanche Gear Tip of the Month
When is the last time you did a range check on your transceiver? Testing both Search and Send functions, along with the signal strength and distance, is a vital part of pre-trip planning for any travel in avalanche terrain.

All transceivers sold today operate on the same frequency of 457kHz. Therefore, all makes and models are compatible. However, compatibility, and performance deteriorates over time. It is recommended that your avalanche transceiver be replaced at the end of the manufacturer’s warranty. Most devices on the market today will offer a 2-3 year warranty period, after which it is time to get a new one. Over the life of a transceiver, incidental dropping or bumping may affect the performance of the transceiver’s antenna. This damage can accelerate frequency drift, a frequency slightly less or more than the required 457 kHz. Frequency drift of +/-30 Hz can result in a 50% reduction in the range of the transceiver. This could result in erroneous signals, and increased search time.

Seconds and minutes save lives in an emergency avalanche rescue situation. Age of the device, temperature, frequency drift, and battery life can greatly reduce the range of your transceiver. For optimal Transceiver performance:

- Check and change your batteries often. Never leave for home with less then 70% battery power. Be sure to use the correct batteries for your device, as some newer models operate only with Lithium batteries, which have different discharge curves than alkaline batteries.
- Keep your transceiver warm and dry, yet readily accessible.
- Replace your transceiver as per manufacturer’s recommendations.
- Get in the habit of checking the Sending and Searching range of your transceiver, and that of all members in your group

If you’re travelling in the snow, be in the know. Until next time, play safe and have fun.