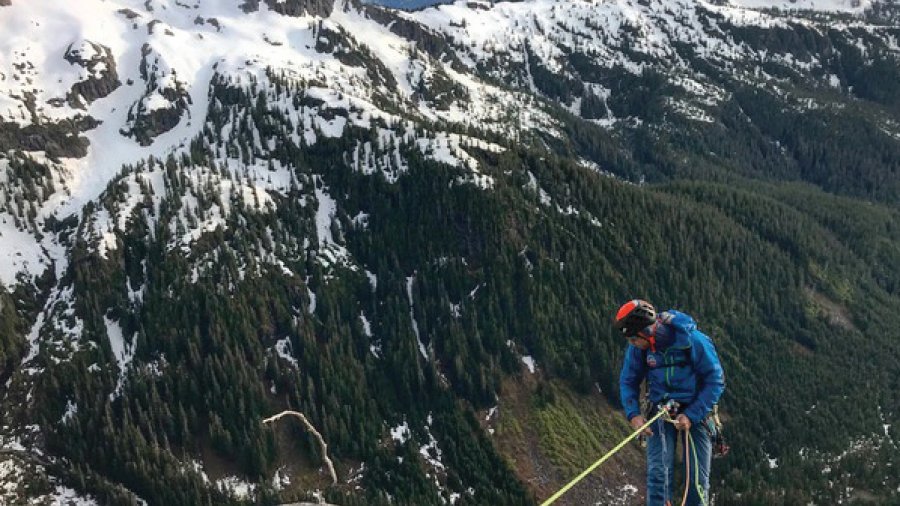 Rock climbing is an increasingly popular sport. With it being included in the Tokyo 2020 Olympic Games, and the mainstream media coverage of climbing heroes like Alex Honnold and Tommy Caldwell (the pair free climbed “The Nose” in Yosemite in under two hours last month), it can be expected that the sport will see continued growth. Rock climbing is not just for the extremist; it is an activity that is accessible to most people in some form. From comfortable air temperature controlled indoor climbing gyms to the imposing and exposed mountains of the Alps, there is an environment and style of climbing out there for everyone curious about the sport.

Bouldering
Bouldering is an exercise that requires limited gear, as no ropes are involved. All you need are some shoes, some chalk, and a crash pad. Boulders are climbed from the ground and require a series of strenuous moves to move up, or across, the boulder. Every fall is a ground fall, and that’s where the crash pad comes in handy. The crash pad is like a portable mattress that cushions a climber when they come off the boulder.

Sport Climbing
This popular style of climbing is characterized by fixed protection along the length of the route. Bolts are drilled into solid rock and a hangar is placed on the bolt which is then secured with a nut. As a climber moves up the rock, they pull the rope up behind them and clip it to the hangars via a quickdraw. A quickdraw is two carabiners connected with a bit of sewn sling. One carabiner is clipped to the hangar, and the other is clipped to the rope. If the climber falls, they fall the length of the amount of rope between themselves and the last clipped quickdraw.

Traditional Climbing
“Trad” climbing is considered to be a pure form of climbing. Climbers use active and passive gear to protect a climb. The gear is carried up the climb and inserted into cracks in the rock, and then clipped to the rope. There is no fixed protection on a trad climb, and all placed gear is retrieved as the climber descends, or as the second climber follows up behind the first.

Building a solid foundation for a lifelong obsession with climbing, or alternatively, experiencing just one day of climbing while maintaining a low risk tolerance, is as easy as getting out with an experienced guide for a day. The Association of Canadian Mountain Guides (ACMG) is the leader in certifying guides in Canada and protecting public interest in mountain travel. If you want to climb with a guide in a National Park, the guide must be ACMG certified. You can choose to go out with a Top Rope Climbing Instructor (TRCI), Apprentice Rock Guide (ARG), or Rock Guide (RG). Guides will teach introductory to advanced courses, as well as offer guided ascents of longer climbs.

Another option is a trip to the local climbing gym. Climbing gyms are a great way to get acquainted with basic climbing skills, like how to tie a rope to your harness and belay, in a controlled, supervised, environment. In Fernie, you can check out the climbing gym at Evolution Health and Fitness or The College of the Rockies. Arq Mountain Centre is a new, modern, facility in Cranbrook, and Spirit Rock is another great gym in Kimberley.

Climbing is an intimidating sport, where errors can have catastrophic consequences. On the other hand, climbing is a sport that challenges your personal limits and the monster that is your ego. The opinion that brute strength is necessary to defy the limits of gravity is faulted. Grace, technique, and motivation, reign supreme in climbing.