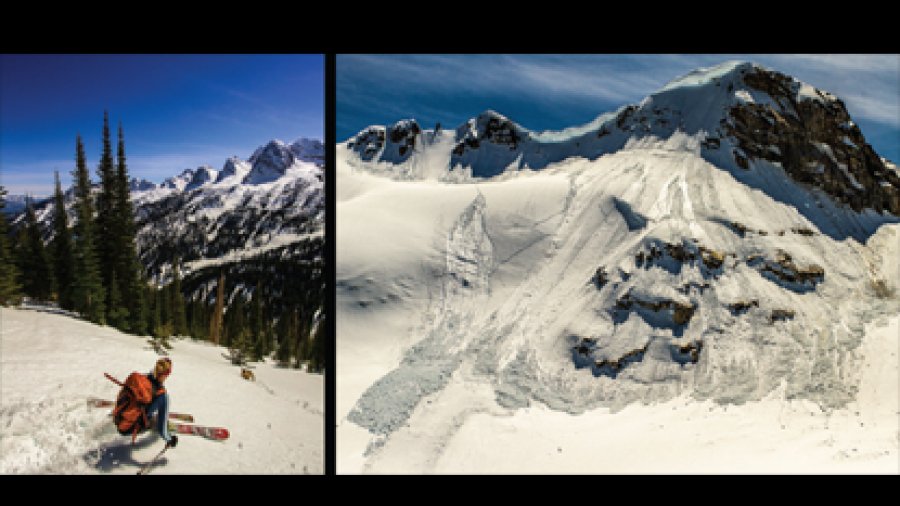 Spring has finally arrived, and for Fernie and the South Rockies Avalanche Forecast Region, it usually comes with a mixed bag of adventurous weather. Our environment can become volatile in the spring, potentially changing day by day, and often by the hour. We can get hit with deep snowfalls bringing some of the best skiing and riding conditions of the season… Which can quickly change to 100mm of rain within 24 hours. Often we also see a week or two of high pressure bringing blue skies, above freezing temperatures, and some sorely missed sunshine. So, what does all this mean for the snowpack, and more importantly the avalanche danger?

Let’s just say that timing is everything in the spring. We can get wild fluctuations where the hazard goes from high to low (and vice versa) in a matter of hours. Due to the longer daylight hours and the sun’s higher position in the sky, we can easily get temperature swings of 15°C in just a few hours. When the snowpack becomes saturated and reaches what we call an “isothermal” temperature (meaning the entire snowpack is at or near 0°C) it acts like one cohesive slab, and has the potential for full-depth avalanches sliding right to the ground. This can happen from rain or longer periods of warm temperatures and solar influence. If only the upper snowpack is isothermal, we can have wet slabs releasing at various depths on weak layers formed earlier in the season. Loose wet avalanches can also become a hazard. Similarly to the way we build a snowman by rolling a small snowball until it becomes a big ball, loose wet avalanches have the potential to entrain a vast amount of snow. Cornices, which have built up all season become weaker with the rising temperatures and start to fail. They can be a hazard on their own, but also have the potential to trigger a bigger avalanche.

April can also bring some of the most stable snowpack conditions, often one of the best times to ski the big lines or put up bold highmarks in terrain we’ve been avoiding all winter. Often times the hazard rating on the avalanche bulletin will be at “low” or “moderate” but remember it’s still all about the timing. If the weather forecast is indicating it’s going to be a warm sunny day, start early and avoid big avalanche terrain on solar aspects. Be extra wary during periods of heavy loading from rain or snow. Most importantly, be aware that wet spring snow can pack a heavy punch, and has the potential to travel very long distances. Even small or generally innocuous pieces of terrain (such as short road banks and treed slopes) have the potential to bury a person during periods of instability generated by isothermal conditions.

For the most up to date conditions visit the South Rockies Blog and the newest avalanche bulletin at avalanche.ca.