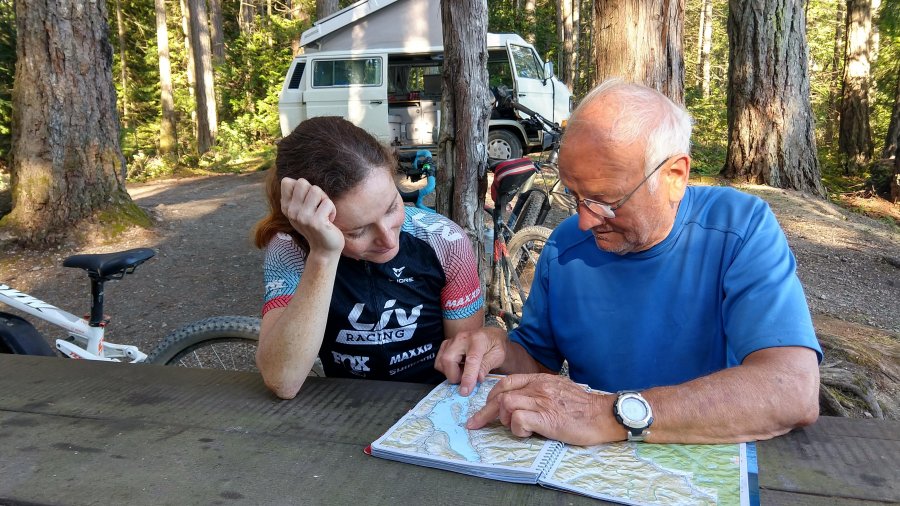 My mind was blissfully blank as I rode, pedals and breath turning over in steady rhythm. I listened to and looked at nothing in particular, yet took in everything. Sometimes my brain honed in on a wedge of gravel I wanted to avoid, other times it expanded to include the entire vista – green-clad peaks touching cobalt sky, turquoise water at their feet, eagle circling lazily in the summer heat. Then I’d catch the soft scent of sagebrush and the chatter of a chipmunk. Days blended together and this became who I was and what I did. The next campsite the only goal I needed. I was moving forward and that’s all that mattered.

In July, I had finally had enough. I was no longer happy beating up my body with hill repeats, maximal start intervals and tempo efforts with no fixed or tangible goal in sight. While fellow athletes seemed to thrive on pandemic training, I struggled to find motivation and purpose and lost the magic ingredient - fun. I finally put aside any aims at competition for the rest of the season and sought joy and adventure in my own backyard instead, nervously embracing the freedom and spontaneity of a clear horizon.

My first journey still involved a bike and took me nearly 900 convoluted kilometres and up 12,500 metres of total elevation gain, all earned over 10 days from Naramata to Harrison Mills, BC,
as I sought out unpaved backroads and circumvented highways, at times following BC’s snaking rivers, Tulameen, Coldwater, Nicola, Thompson, Fraser, Bridge, Lillooet, and Harrison. Often my route took me the hardest possible way, as I travelled east-to-west in a landscape dominated by strings of rugged north-south ranges. I urged my bike up a series of unforgivingly steep climbs, followed by treacherous downs that mirrored my emotions, as I tried to define myself as a professional athlete who had chosen to forgo racing her bike for the year.

It had been easy to convince my parents – both in their 70s, former mountaineers and still active and itching to get out of the house – to accompany me in their 1992 VW Westfalia campervan. Although I rolled primarily alone through the remote alpine backcountry that popped with vibrantly hued tiger lilies, lupines, and paintbrushes, I felt more comfortable just knowing they were also out there somewhere. The luxury of having my overnight gear transported, home-cooked meals, and a solid roof to sleep under were extras. In return, my parents could ease pandemic-induced cabin fever while travelling and exploring the province safely in relative isolation. It felt good just to be going somewhere.

Already on the first day, a washed out bridge thwarted our plan and forced us to modify the route with a frustrating detour. At first it bothered me that I didn’t hit
the target distance or reach the intended campground, but each day brought more and more roadblocks that forced improvisation and adjustment, so that soon I just expected something unforeseen would happen, it was only a matter of when. I learned that no matter how well I had planned it on paper, I could never know what was actually there when I reached a certain point on the map.

I also learned that I could always figure it out, even if “it” wasn’t exactly as advertised, like if the road didn’t exist, if there were several unsigned roads instead of just one, if each of my three maps claimed something different, if I got lost, if my bike’s shifting suddenly stopped working, if the grade seemed impossibly steep, if I was following grizzly tracks all the way up the road, if
I got a flat tire, if the intended route was closed and I had to add an extra day onto my trip, or even if I couldn’t find my parents and I didn’t have cell service.

By the end of the 10 days, the three of us had become accustomed to the changeable yet familiar routine of life on the road. Some mornings, my mom joined me, riding her e-bike. She sped up climbs with ease and I reeled her back in, careening past on rough, dusty descents, exaggerating my voice’s vibrations on the washboard as I called out on my way by: “He-e-e-r-r-e I-i-i C--o-o-o-m-m-e!”

We finally reached our destination of Harrison Mills at the mouth of the Harrison River and the end of our journey felt anticlimactic. I wasn’t ready for it to be over, but an idea was already forming in my adventure-addicted mind. I pitched it to my parents a week or so later, and wasn’t at all shocked when the following day my dad had laid out a patchwork of maps, bisected by a wandering highlighted yellow line, across the dining room floor. “Can I show you the route I was thinking we could take?” he asked me. 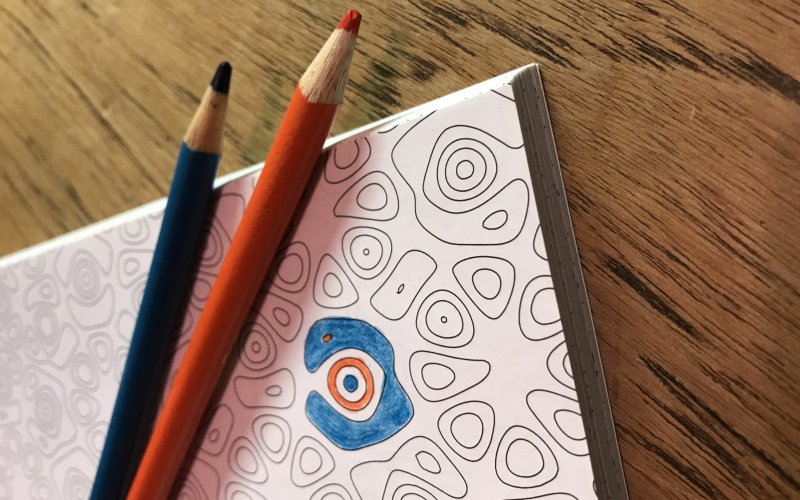 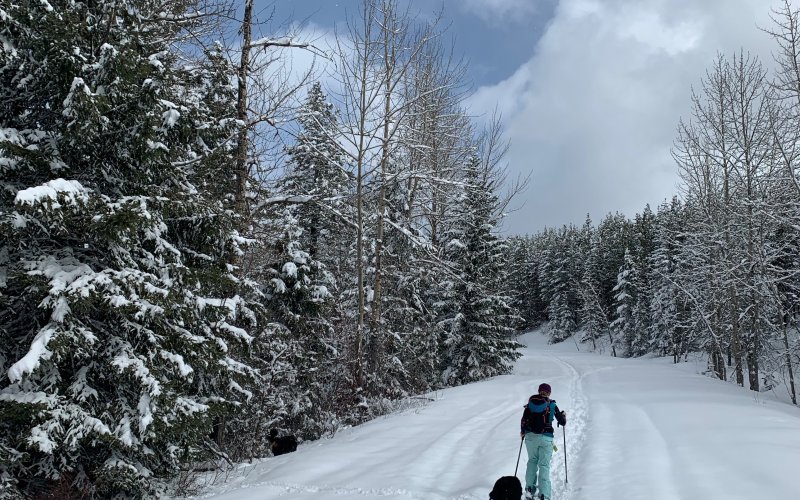 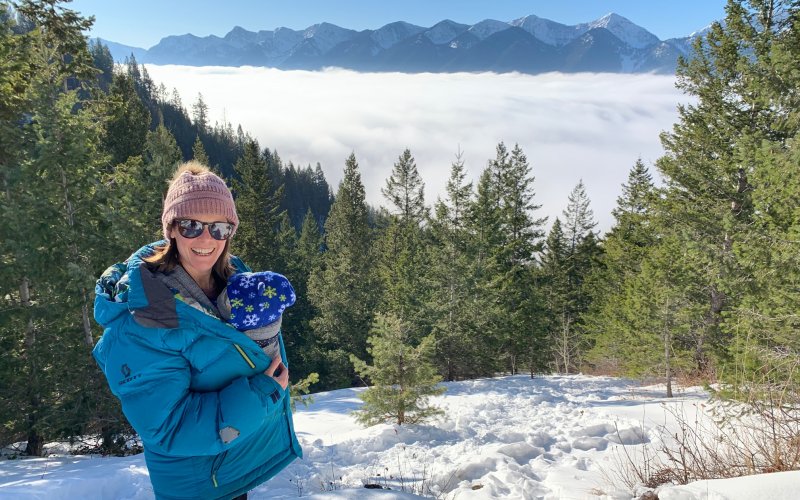 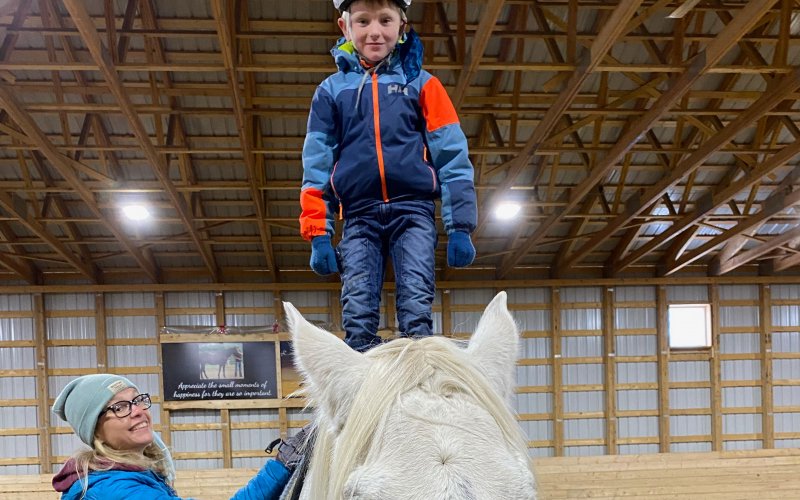