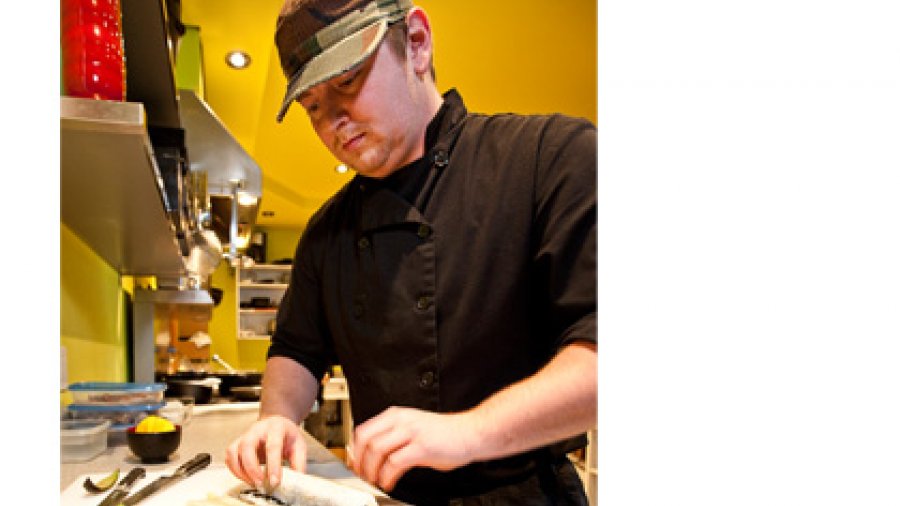 Sean has memories of cooking with his grandmother as a boy, but didn’t consider cooking as a career until much later. After high school he studied graphic design and multi-media with an interest in video editing and special effects, but quickly learned that the industry was a little too “cut throat” for him. While planning his grandmother’s 70th birthday party, Sean (who enjoyed cooking at home) offered to do all the food. He created a six-course meal for 25 people and received rave reviews from everyone, leading to him considering cooking as a career he would like to pursue.

Sean enrolled into the SAIT one month cooking 101 course to get a feel for the industry. Not bad, he thought and applied for a job in a kitchen at a nearby golf club. He was added to their “cold line” and that’s all it took - he was hooked. He then applied for and was accepted into the Culinary Program at SAIT where he studied for two-three years. After graduation Sean worked at the Heritage Point Golf Club for the summer.

Sean came to Fernie to visit a good friend, and decided to pass around some resumes while here. After a few days of not so promising results he was having dinner at Yamagoya where he sat at the bar. While Sean was telling his friend’s his frustration about not finding a job, the sushi chef leaned over and said, “What kind of work are you looking for?” “I’m a chef,” said Sean. “Why? Who are you?” “I’m Cam and I own this place – if you can commit to a full winter I’ll hire you.”

Eight years later and two trips to Japan (one for over a year) to learn about Japanese food culture and cuisine, Sean still works with Cam at Yamagoya.

Sean’s Okonomiyaki
Okonomiyaki means “what you wish grilled” in Japanese. Changing things around is what it is all about. Even the portions of the ingredients don’t have to be perfect. My wife and I use a wide variety of things depending on what we can find inexpensively or is left over in the fridge. Following is the basic recipe plus a list of things that we have added in the past.
Okonomiyaki Recipe : Yield 2 10”inch
Main:
Okonomiyaki flour/ all purpose flour 100g
Water (add 1 tsp hondashi optional) 160ml
Large eggs 2
Green cabbage julienned 300g
Green Onion 1” cuts 40g
Tenkasu (tempura bits) or crushed plain potato chips 30g
Thin sliced bacon 6 full strips cut in 1/2
Toppings: everything to taste but I have added suggested amounts
Japanese mayo or light mayo 2 tbsp
*Aonori (seaweed flakes) 2 pinches
*Katsuobushi (bonito flakes) 4 pinches
**Okonomi sauce 3 tbsp
Optional Fillers:
Diced shrimp, sliced sushi ginger, Chow Mein noodles, diced pepperoni, diced kimchi, sliced red onion, shredded cheese, green peppers, jalapeno, Yakisoba noodles, sliced mushrooms, cooked ground beef, cooked chicken chunks, etc. Anything is fair game, just cut it into small enough pieces that will cook, or cook before adding.
*These items are not a must. They are items that are traditionally used as a topping.
** If you can’t find, mix 2/3 parts A1 Sauce and 1/3 part ketchup. You can also find recipes for okonomi sauce online - WARNING, difficult to make at home.
Preparation:
1. In a large bowl, whisk together okonomiyaki flour and water until smooth.
2. Add eggs, cabbage, onions, tenkasu and other ingredients and fold gently until everything is well coated with batter.
3. Oil a griddle or two frying pans that have been heated to 200C (400F), about medium –medium high heat. Divide your mixture in half and add to the griddle/fry pans.
4. Using a spatula flatten and form pancakes 1.5cm (3/4") thick - approximately 30cm (10") across.
5. Add bacon pieces to cover top of each pancake. Cover.
6. After about three minutes, flip over pancake (bacon side down) and cook for five minutes. Cover.
7. Flip pancake again (bacon side up) and cook for three minutes or until firm and well browned.
8. Remove to plate and drizzle with kewpie mayonnaise, okonomi sauce and sprinkle with aonori and katsuobushi.

Local Food News ~
The Blue Toque Diner ~ Celebrating Locals Appreciation Day August 1,10am-2pm with 50% off entrees for residents of Fernie. Join them at the Toque and be appreciated!
Mezzaluna & The Central ~ The Central introduces Mezzaluna’s bar food! Choose from Italian nachos, spinach and artichoke dip and cheese bread all at affordable prices in an inviting bar atmosphere. The Central is open every day from 5pm until late.
Picnic Restaurant & Social ~ They have a new summer menu featuring grilled lamb with onion vanilla puree, homemade pate, grilled octopus with bacon apple and fennel, and seafood pasta made with house cut noodles. The dessert menu includes white chocolate and green tea semifreddo and a chocolate and sea salt combo. Open 7 nights a week all summer.
Max Restaurant & the Pub, Park Place Lodge~ Offering eight salad options this summer available in Max Restaurant and the Pub. Try favorites such as The Max Cobb Salad, The Max Caprese or The Blackened Steak Salad with Gorgonzola Cheese. 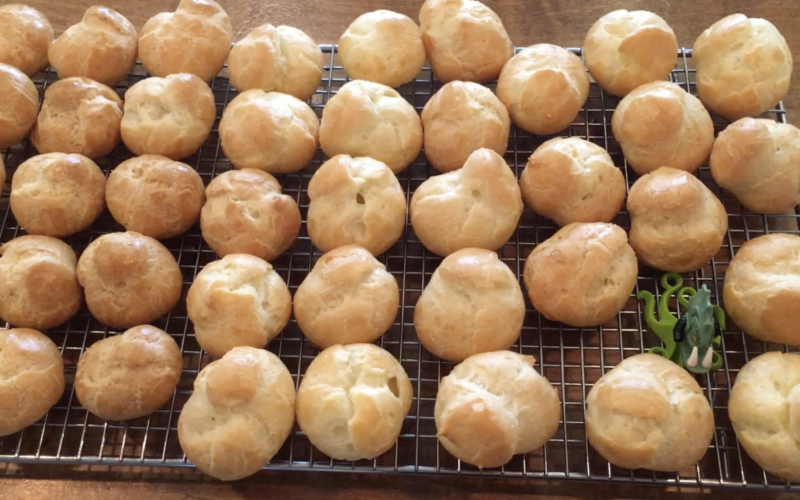 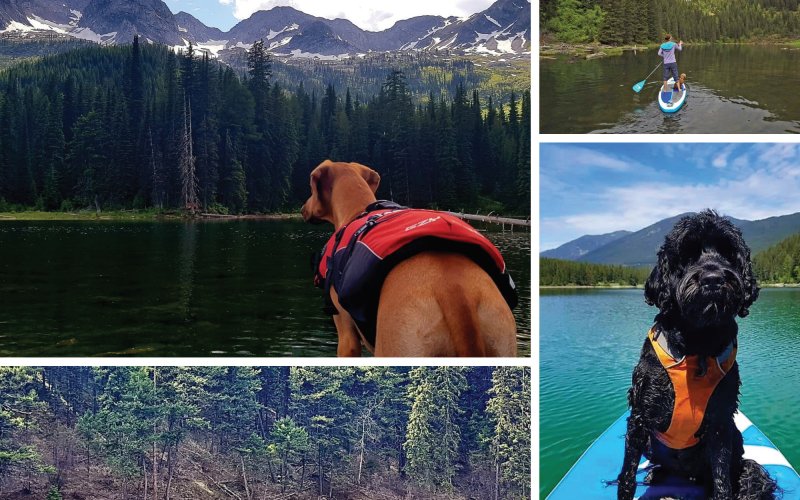 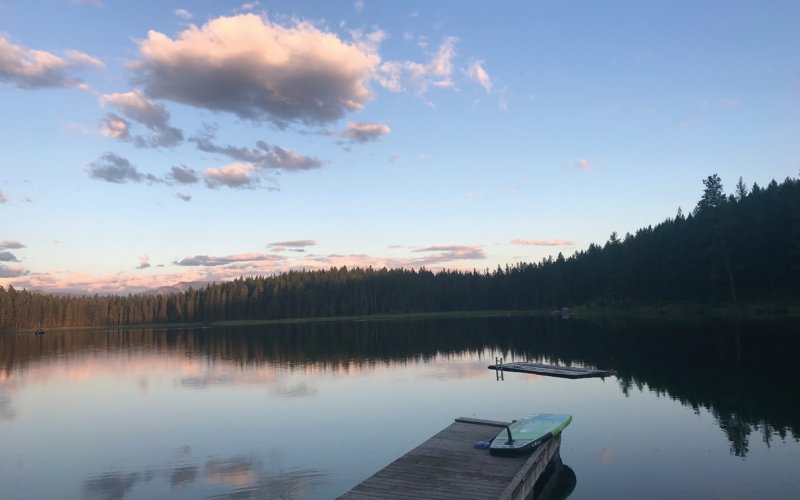 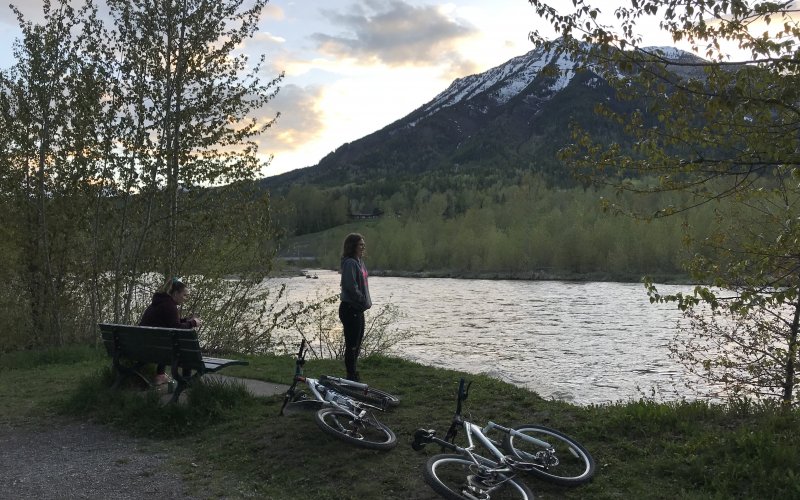