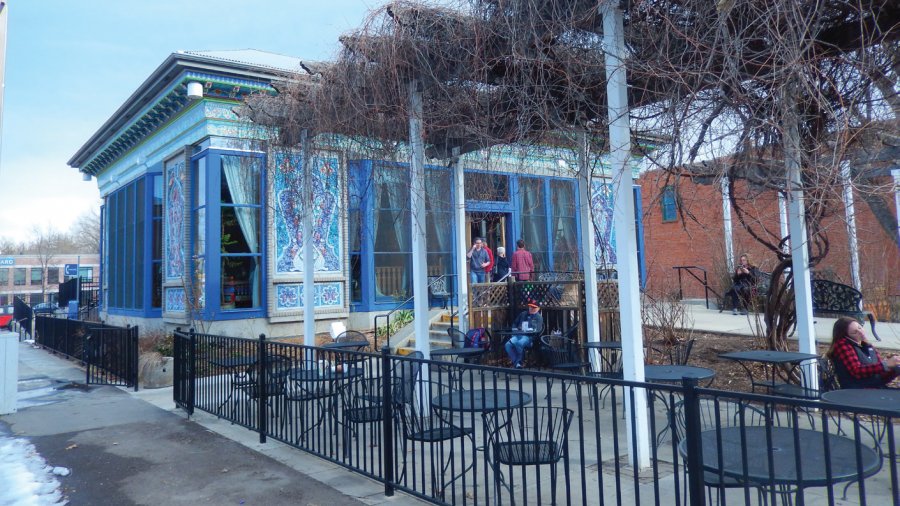 Situated on 40 acres at the base of the Flatirons, the Colorado Chautauqua was built as a retreat in 1898 for Texan educators looking to escape intense southern summers. The original six-week program cost $75 including lodging, all meals, entertainment, and even train tickets from Texas. The Chautauqua has a fascinating history of lectures, music, film, and religion and even teetered on the brink of being demolished in 1974. It was rescued when it was added to the National Register of Historic Places and an extensive program of restoration and refurbishment began.

Strolling the narrow streets, each with names like ‘Morning Glory Drive’ and Kinnikinic Road, was like a feature walk at a historical park, but this is no visitor resort – many of the 60-or-so homeowners are fifth generation descendants of the original founders. As Bert Farin, the lodging the director, says, “it’s not a private community, it’s not a homeowner’s association. It’s just a historic neighbourhood of Boulder.”

Historic and significant – the property is the only Chautauqua still in operation year-round, and one of only three in the United States. Arranged at the base of the community are several reception halls. The Chautauqua Auditorium, a 1,326-seat venue, was built in a 45-day ‘barn-raising’ and still features the original wooden benches. To this day it is used for grand concerts, performances, and silent film screenings featuring live piano accompaniment. The 1917 Craftsman-style Community House features a full-circle mezzanine balcony overlooking the ballroom, and is used for a variety of lectures, dances and receptions. This was where I spent a day for a series of lectures from top travel writers; it is a welcoming and inspirational space to spend time. There’s also a dining hall, now a destination restaurant, and the Mission Hall, among others. The Chautauqua has a year-round program of events and is now the home of the Colorado Music Festival – an annual summer classical music series. Past performers and lecturers have included Suzanne Vega, Wynton Marsalis and Al Gore.

The lodging association rents around 40 of the 100 cottages to visitors from as little as US$190/night. The studio and 1-3 bedroom cottages are ‘vernacular’ in style, a cosy and charming retreat, encouraging less technology and more fresh air. Executive Director Susan Connelly calls it “simplicity with substance.” While the buildings have a been well maintained, some of the yards have a genteel scruffiness about them, as if it would be almost rude to trim bushes or pull weeds after all this time.

Wide, open views include the towering flatirons behind the property and the Boulder valley below. An extensive trail system leads right from the edge of the community with around 135m of elevation gain per km. Several short trails lead around through the park offering great options for full day hikes, with many more hiking areas nearby. Dogs are welcome and Boulder has a creative solution to dogs on trails – an optional ‘voice and sight’ tag for residents that Fernie could learn a lot from.

There’s plenty more to discover in the city of Boulder including the spectacular Dushanbe Teahouse from Tajikistan, a gift of international friendship from Boulder’s sister city. At the West Flanders Brewing Co, a Trippel Lutz beer was the perfect silky, toasty, apricot-scented partner to a plate of Belgian-style Moules-frites on the sunny patio. When I visited in February, the downtown’s pedestrianized main boulevard had a festival atmosphere with street performers and live music – perfect for wandering and exploring. Regular flights are available from Kalispell to Denver International, and from there it’s less than an hour’s drive to Boulder. I recommend you go soon! 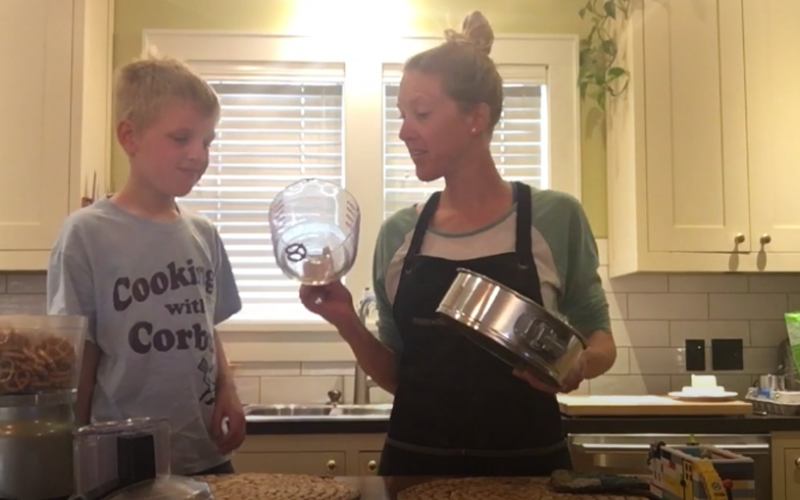 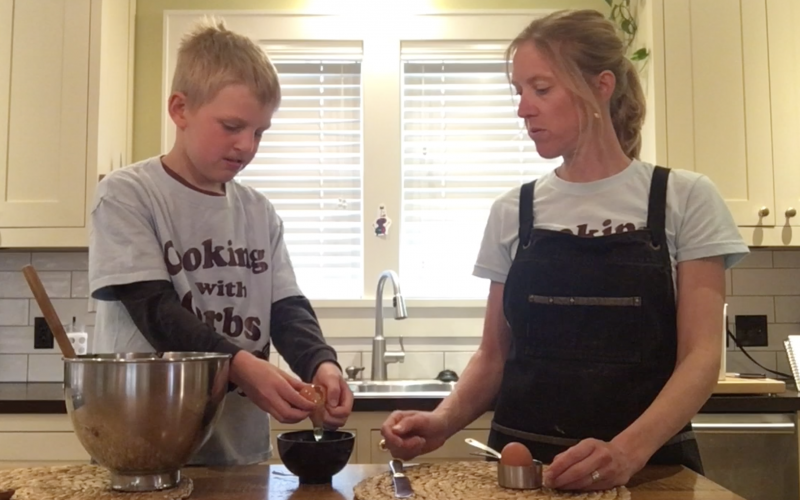 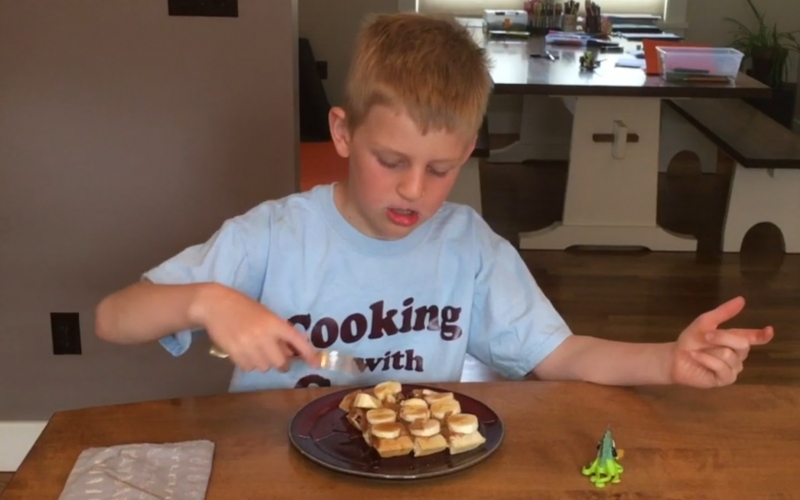 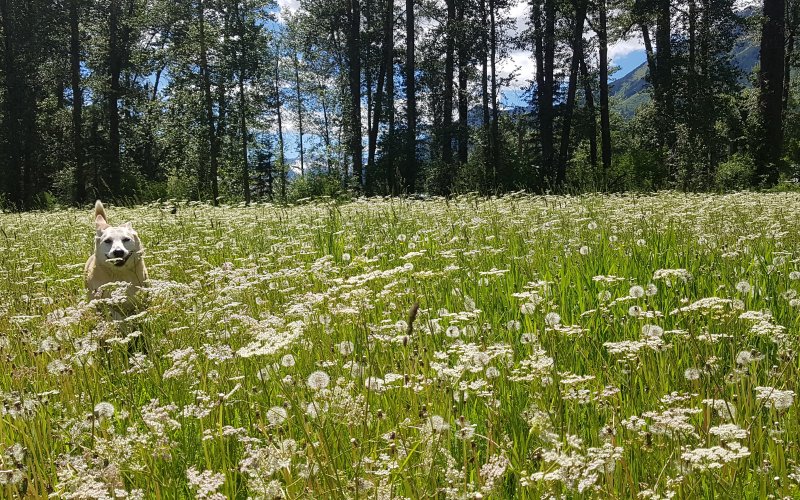 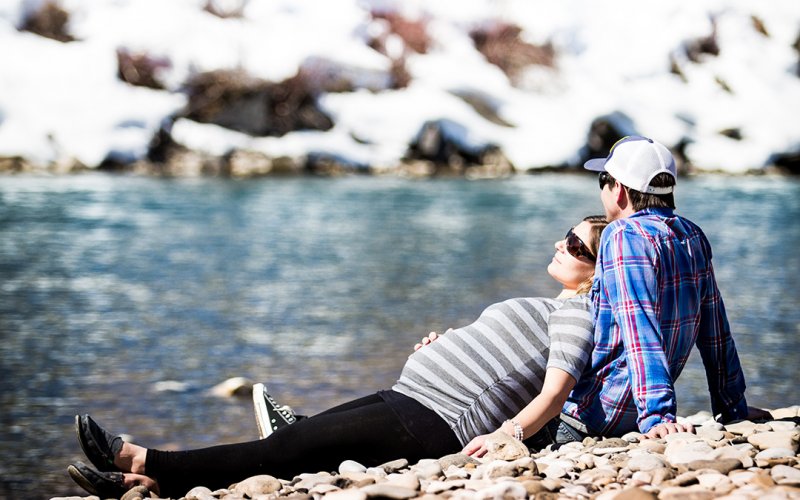 Posted: Apr 30, 2020 Managing Stress While Pregnant (or Postpartum) During a Global Pandemic